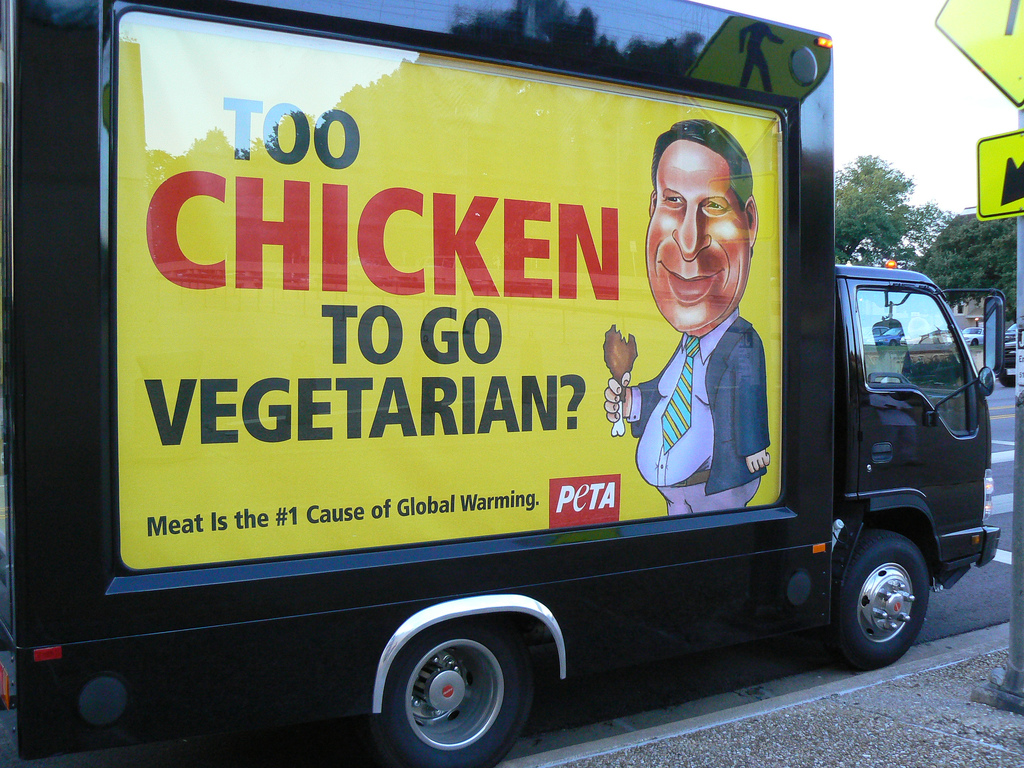 PETA spokesmen openly proclaim that they are advocating a new antihumane ethic. “Humans have grown like a cancer. We’re the biggest blight on the face of the earth”, said PETA founder and chairman Ingrid Newkirk.

For PETA all animals are the same: there would be no reason to believe that a human being has special rights; Newkirk claims: “A rat is a pig is a dog is a boy”. In addition to that they already compared the Holocaust to the slaughter of animals for food. American PETA co-founder Alex Pachebo said, PETA would believe that animals have the same rights as a mentally retired child.

PETA not only wants to close down all abattoirs, farms, fur farms and animal research labs, and ban fishing, beekeeping and hunting, but also aims to abolish zoos, animal films and leather balls. PETA tries to stage scandals with prominent advertising campaigns and attract attention. For example, PETA has been the headlines in the US and Europe for many years because, for example, VIPs are photographed naked under PETA slogans. Among the numerous prominent PETA supporters in the US are Pamela Anderson, Dennis Rodman, Kim Basinger, Pink and Britney Spears; in the United Kingdom, Morrissey, Elton John, Paul McCartney and Phil Collins belong to the group of supporters, same as in Germany Harald Glööckler, Thomas D., the No Angels, The Pants, Nadja Auermann, Ariane Sommer and Sibel Kekilli, the travesty artist Olivia Jones and some more. In the USA, PETA aims also active in the sterilization of animals. PETA’s own animal shelter in Norfolk, USA, is part of killing sick and untraceable, but also healthy, animals.