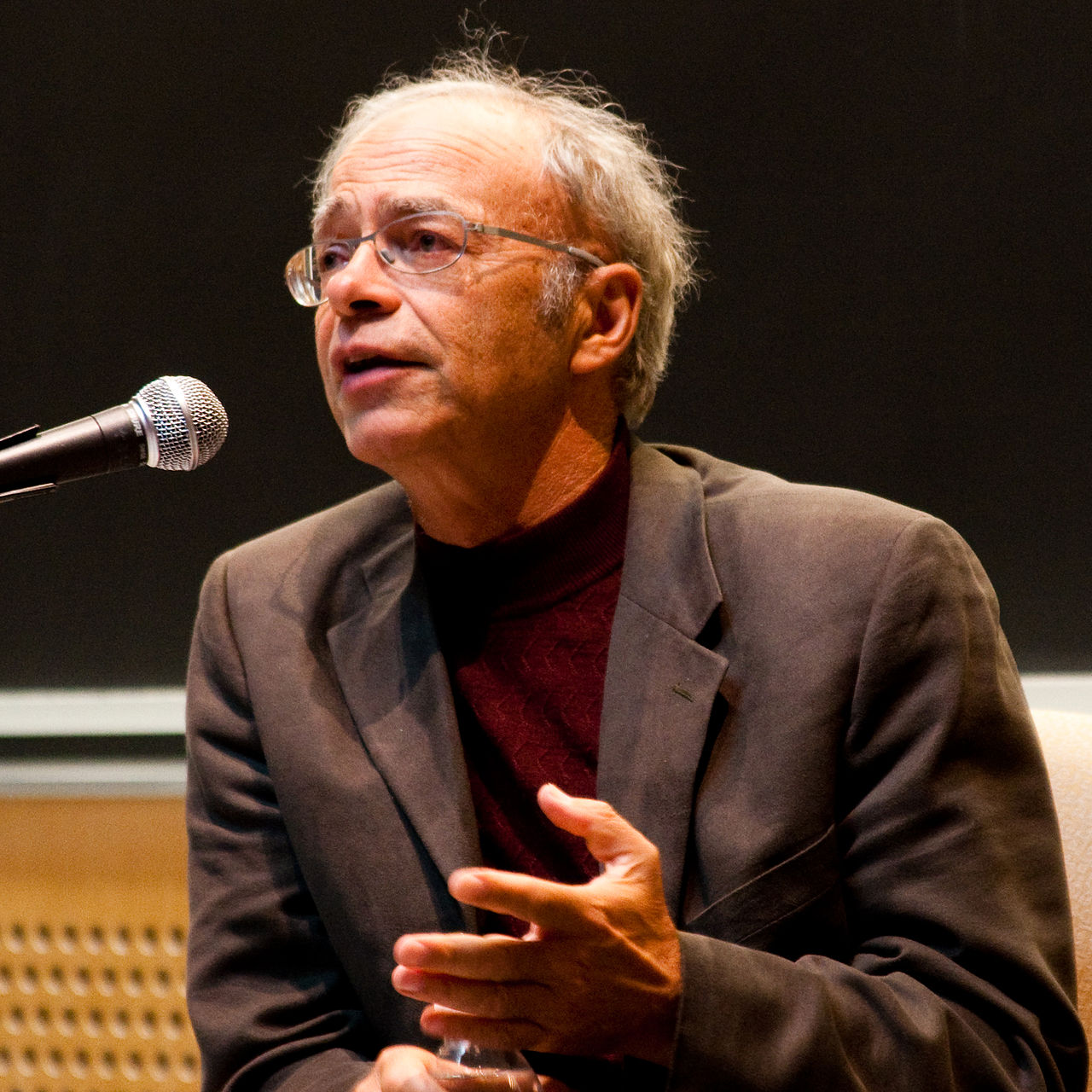 The founder of modern animal ethics is the Australian philosopher Peter Singer, who developed the conceptual, philosophical and political foundations of the animal rights movement with his books “Animal Liberation” (1975) and “Practical Ethics” (1984).

In 1999, he was appointed to the Chair of Bioethics of the American Elite University Princeton. In school books for German Highschools his animal rights philosophy is mentioned in detail. Singer’s books were translated into 15 languages; his work “Liberation of the Animals” alone was sold more than half a million times. Within this book, Singer wrote, for example, that there are certainly some animals whose lives, considering all values, are more valuable than the lives of some people. Peter Singer represents a variant of utilitarianism and combines rights for animals with their ability to suffer. Singer explains that, when a being suffers, there can be no moral justification for refusing to take this suffering into account. It would not depend on the nature of the being – the principle of equality demands that his suffering would be as much worth as the same suffering – as far as an approximate comparison can be – in any other being. In 1993, together with the Italian philosopher Paola Cavalieri, Singer initiated the Great Ape Project (GAP), which is committed to implement human rights for great apes, specifically the right to life, the protection of individual liberty and the prohibition of torture. Ultimately, the GAP aims to overcome the human-animal border.

Another important person of the animal rights movement is Tom Regan. His book “Case for Animal Rights” from 1984 is regarded as a classic. The US philosopher, who taught at North Carolina State University from 1967 to 2001, argues that every individual, including an animal, has an inherent, moral value, regardless of how helpful it is to promote the interests of other people.

To this extent he dissociates himself from the utilitarianism of Singers, who judges the value of a living being according to the extent to which it is useful for the optimization of the general relationship of happiness and suffering. For Regan, on the other hand, the inherent value can not be graded according to the abilities of a being, but applies to all those who have preferences and desires, and are able to do so. When he was asked if he would save a baby or a dog from a capsizing boat, he replied, that if it were a mentally retired baby and a clever dog, he would save the dog. Tom Regan, together with his wife Nancy, guide The Culture and Animals Foundation.

In German-speaking countries, Helmut F. Kaplan is the best-known animal rights theorist – although he does not develop a theory. As he says, he would be primarily concerned with communicating existing concepts and making them useful instead of further refining them or creating new ones. Kaplan was repeatedly noticed that he made and defended comparisons between animal experiments and factory farming with the Holocaust. He wrotes, for example, that’s what happen “here” would exactly correspond to the Nazi’s Holocaust. In order to recognize this, one would only need to look at reports on human experiments in concentration camps and reports on today’s animal experiments. Then it would fall from the eyes like dandruff: the parallels are complete, the reports are interchangeable. Everything that the Nazis did to the Jews would now be done with animals.

In addition, there are a number of other authors who have influenced the animal rights movement and are still influencing it. In the German-speaking countries, for example, Hilal Sezgin is one of the main contributors to extend the trend concerning veganism to a debate on animal rights. The Canadian philosopher Will Kymlicka, in his book “Zoopolis” (2011), recognizes domestic animals as part of society and grants them civil rights. He rejects animal experiments even if many human lives could be saved. The American lawyer and author Gary Lawrence Francione demands rights for all susceptible creatures, regardless of cognitive abilities.

Ingrid Newkirk founded the animal rights organization PETA in 1980 together with Alex Pacheco. Both were influenced by Peter Singer. Newkirk is the most influential animal rights activist in the world, as PETA reaches many more people than all philosophical thinkers together.