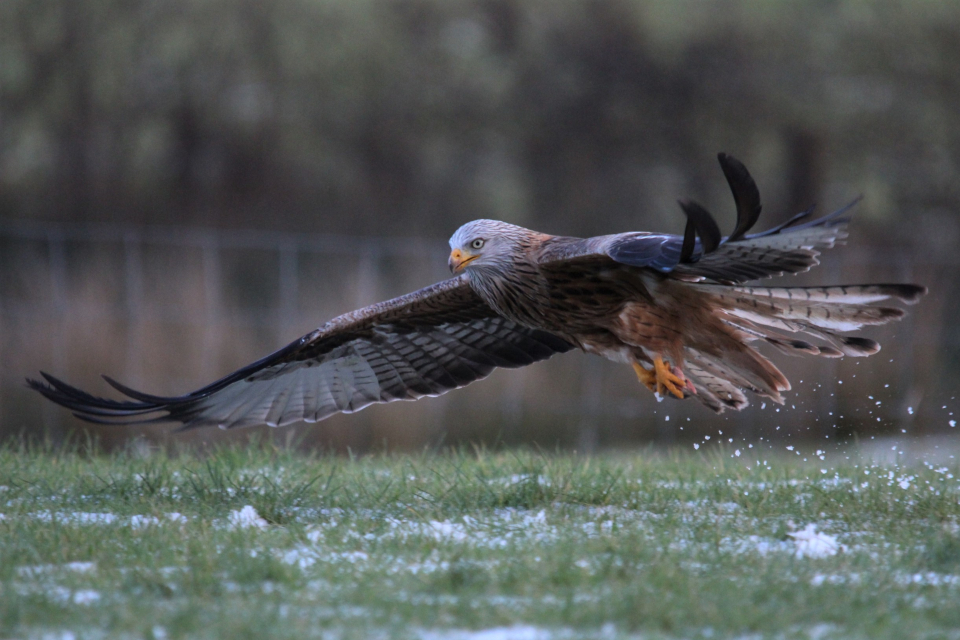 A red kite nest would have probably stopped the nearby construction of a wind power plant. The local NABU chairman has a terrible suspicion.

Note: According to Dr. Nick Büscher, chairman of NABU Rinteln, this case would not be the first of its kind. He says that corresponding examples of intentional killings of birds of prey can increasingly be found in Germany, since ethics, morality and law-abiding behaviour all rapidly diminish, when it comes to the sums of money involved in wind power. To blame for the birds death was the rodenticide Brodifacoum, which is cheap and easy to obtain for anyone. Food contaminated with it is attractive and deadly for the red kite. The red kite is close to being classified by the IUCN as endangered. Wind power plants play a significant role in the drop of these populations – in fact they are one of the principal causes of death, which is why they have to be a distance of 1,5 kilometres away from the breeding red kites. The planned wind power plant’s distance would only have been 500 metres.

Modern zoos and aquariums help red kites in many ways. Of course there are ambassador animals of the species, which contribute to the education of visitors, but apart from the obvious measures there are also indirect ones, like the commitment to the conservation of the European hamster. The connection? Without food supply in nature, red kites would not exist. European hamsters are real treats for the majestic birds of prey. The Opel Zoo for instance, breeds them for reintroduction, naturally not only for them to become food for raptors, but for many good reasons. This is a great example, which shows: that saving a species, in reality also means saving the entire habitat and its inhabitants.