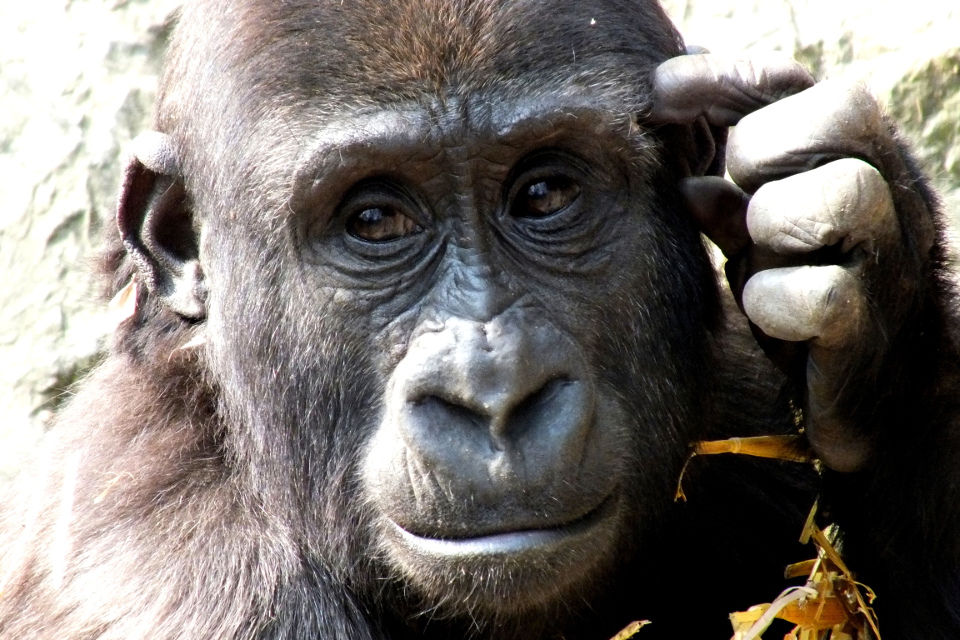 The article comments the blog post of Dan Ashe (AZA) on a Politics of Addition with animal rights organizations like PETA and talks about wrong appeasement.

Dan Ashe & “The Politics of Addition”

Something very disturbing happened: Dan Ashe, CEO of the AZA, seems to aim to give people some history lessons to fight the critics he got because of the appearance of a poster advertisining PETA on a conference. He uses histroic quotes to defend this. First he quotes Donald Rumfeld, “Politics is human beings; it’s addition rather than subtraction.”

It’s not a great idea to quote this politician because he was heavily criticized e.g. in 2007 General Mike Jackson, the head of the British army during the invasion, criticized Rumsfeld’s plans for the invasion of Iraq as “intellectually bankrupt,” adding that Rumsfeld is “one of those most responsible for the current situation in Iraq,” and that he felt that “the US approach to combating global terrorism is ‘inadequate’ and too focused on military might rather than nation building and diplomacy.” Various organizations caring for human rights have also criticized his support of the Bush administration’s policies of “enhanced interrogation techniques”, which are widely regarded as torture.
So, you could say, basing on this examples, his “Policitics of Additon” wasn’t really the best.

During the text he also quotes Henry John Temple, 3rd Viscount Palmerston, who is also called Lord Firebrand. He said: “We have no eternal allies, and we have no perpetual enemies. Our interests are eternal and perpetual, and those interests it is our duty to follow.”

It’s really interesting that his Politics of Addition massively failed. After Palmerston had approved the coup d’etat by Charles-Louis Bonaparte of December 2, 1851 in France without the approval of the Queen or the Cabinet, both forced him to resign on December 22, 1851. His Napoleon-friendly policy caused problems later, too: After the assassination of Napoléon III. by Felice Orsini Palmerston tried to enforce a law. Since Parliament rejected this proposal as too Napoleon-friendly, the Palmerston government collapsed on February 20, 1858. Fun Fact: He’s also the reason why the Palmerston’s Follies have got this name: they are the most costly and extensive system of fixed defences undertaken in Britain in peacetime and never were used they way the should be used.
Also in this case, you can’t really say this politican was a winner because of his “Politics of Additon”.

After that he quotes Winston Churchill: “We have no lasting friends, no lasting enemies, only lasting interests.” Quoting Chruchill is not really a wise idea because he was a strong enemy of the Appeasement of the 1930s. He never supported appeasing a group of radicals opposing everything the Western World stands for. Animals rights opposing everything modern zoos stand for, so, appeasing these groups would never be supported by Churchill or hi political strategies. So, quoting Churchill in this issue only shows a huge miunderstanding of his politics.

Does he understand the whole issue?

Not only this pretty ridicoulus quoting is a problem, he seems to misunderstand the issue. He writes: “We will work with organizations when our values and objectives align and oppose them when they do not. Some relationships will be more enduring, complete and lasting than others, but none are permanent.” This is massively opportunistic and dangerous because it open doors to nearly everyone – even parasitic organizations who just want to cherrypick from zoos to gain strength to finally destory them. Cooperating with such organizations is not a stragedy benefiting zoos in the long-term and increases the strength of their enemies. It’s just appeasement trying to avoid a conflict that already there and will not stop.

Appeament is a political strategy of making concessions to an aggressive power in order to avoid conflict. An example of appeasement is the Non-Intervention Agreement in August 1936 which was arranged by the French and British governments in cooperation with the Soviet Union, Fascist Italy and Nazi Germany. It aimed to prevent a war Italy and Germany was already participating in – so, they already made their decision to support the dictator in Spain the people fought against during this civil war. The whole process weakened the fight against the dictatorship of Franco in Spain.
Another example is the Munich Agreement which was “a total, unmitigated defeat”, according to Churchill. Hitler said about the appeasers: “Our enemies have leaders who are below the average. No personalities. No masters, no men of action… Our enemies are small fry. I saw them in Munich.” Also politically the appeasement benefited he Nazis because such cooperations, like the ones in these two examples, gave them legimation. The proganda of the Nazis used these “victories” to say what a great politician Hitler would be.

So, histroy told us a lesson. If Dan Ashe is so much into quotes of politician he should better be aware of historican consequences of the tactics he refers to, instead of just searching for famous people who said something he likes. This is not how it works. I personally learned this during studying histroical scienctis in an university in Germany but you don’t have to visit a university to be aware of basic principles of evaluating policitical strategies.

Appeasement and Politics of Addition can be mistaken pretty quickly by laymen. Of course, Churchill wasn’t a layman but Ashe apparently is. He seem to be unable to understand the whole issue. There is a difference between sensible cooperation with people who don’t share 100% of your point of view and cooperating with people who oppose your whole existence. PETA wants to end the existence of modern zoos because they aim to end every kind of animal husbandry. This is what they stand for – mistaken them as a partner for comprehensive conservation or animal welfare is not a strength but exposes a dangerous weakness.

Is he intentionally misleading his readers?

In Germany, a represenatative of PETA explained: “We don’t do animal protection […] we work for animals rights.” He explained it more after that: “Animal protection leaves the animal as an object, animal rights make the animal the subject. We do not demand larger cages, but their abolition.” You can read more here.

So, what Ashe said, is massively misleading – even PETA’s statements contradicts what he wrotes. Now, there is a question of how intentionally he does this. Does he simply not know what PETA says or is he covering it to open them doors? It doesn’t really matter how you answer this question because every answer leads to an argument supporting that Ashe is not the right person to be in a leading position within the zoological society in these times. It becomes more and more obvious how dangerous his behavior is and how much it is a weakening for the AZA and thus the zoological community in America.

There is no possibilty of a politics of addition with the animal rights industry, which would benefit zoos or conservation. Conservation means work ex situ and in situ. PETA and other organizations aim to make every ex situ work impossible. It’s a dangerous error to think cooperating with them would really support conservation.

“My experience is you don’t invite the devil to dinner. He sneaks in and ruins your life. Gods creatures need genuine humans, with love, compassion and empathy. Not greedy, love of money arm chair experts who prey on the vulnerable to support the lavish lives they lead. We understand conservation, they have no idea, nor give any regard or money back into how to save our wildlife and habitats.” – Tony Greenwoods, renowned zoologist who worked and works as zoo director around the world