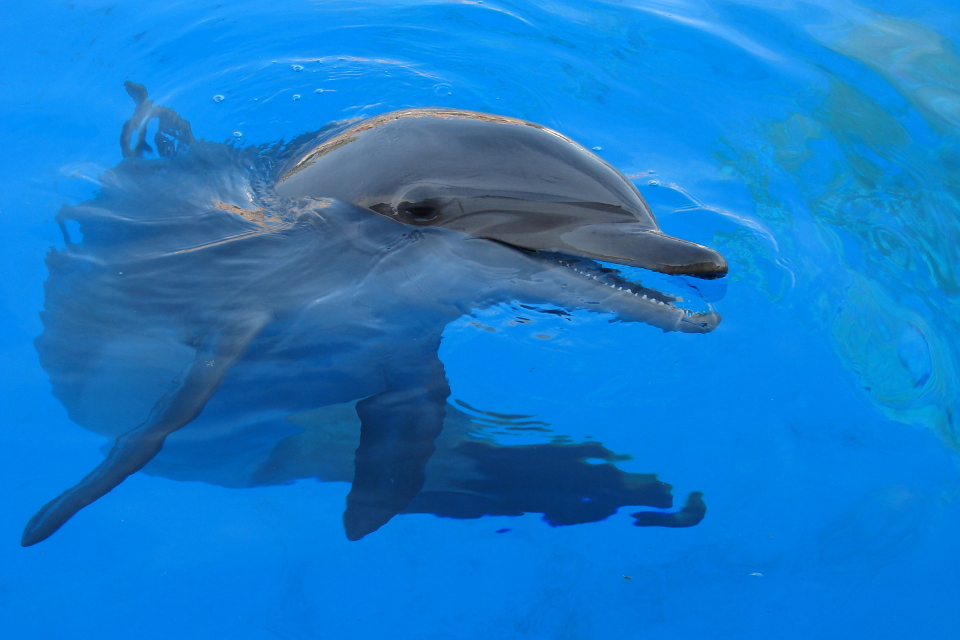 France’s Minister of Ecological Transition aims to ban dolphin breeding even in accredited and certified zoos and aquariums. The article discusses this move against animal welfare, science, and conservation.

France moving against science and conservation of dolphins

Barbara Pompili acts against science and conservation by banning the import and breeding of cetaceans in France. This is also a serious attack on the welfare of cetaceans because there is no humane way to implement a breeding ban.

Already years ago, more than 80 of the most renowned scientists in this field empathized the importance of sustainable and humane husbandry of marine mammals in modern zoos, aquariums, and dolphinariums. The One Plan Approach of the IUCN to comprehensively conserve populations and species in nature requires a combination of action in situ and ex situ – Pompili banned ex situ completely and forces the zoos, aquariums, and dolphinariums in France to stop playing an important role in the conservation of the remaining populations that are in desperate need of comprehensive conservation.

There is no evidence for a single dolphin suffering in French dolphinariums because they live in human care. On the contrary, there is evidence that dolphins in proper husbandry are healthier, less stressed, and live longer than their wild counterparts as we already often reported. Moreover, they pour out happiness hormones during training and enjoy interacting with the trainers. So, deciding that in the lack of a single evidence is nothing but ridiculous.

Moreover, this decision is not democratically legitimated by a parliament – in other countries, this would be a requirement. In France, ministers seem to be able to decide without a parliaments’ hearing, just like a king or queen in the middle age. The same case already happened before and the same decision that was made was retreated. This ridiculous back and forth is now once again threatening conservation and research in France. In the interest of the animals, one has to hope that this decision is withdrawn.

No way to implement a breeding ban

Another point that shows clearly that Barbara Pompili doesn’t care for science in this matter is the breeding ban. There is not a single contraceptive available on the market for long-term contraceptive of cetaceans. There are only two medications available Altrenogest (Regumate) and Medroxyprogesterone acetate (Depo-Provera); both were only made for short-term application.

Altrogenest (Regumate) was tested on two generations of rat long-term and caused, among others, a shrinking of hormone-related organs. Rats are a common animal model to test medication for humans and animals because it can be quickly observed what medication evokes over the whole lifetime and generations. Research performed on killer whales observed the secondary/side effects of long-term application. These included: shorter cycles, longer cycles, delayed cycles, prolonged anoestrus, development of follicular cyst, retained corpus luteum, and spontaneous galactorrhea.

In addition to all these dangerous side effects of long-term use causing a decline in animal welfare, the social effects for dolphins are really bad. Normally, they would build matrilineal groups. Of course, there is an exchange but this is the basic structure, which is destroyed by a breeding ban. Comparative studies showed that dolphins in dolphinariums if housed properly, show normal social interactions, this will be prevented by this ban.

Moreover, the contraceptives don’t work with 100% efficiency. So, a female dolphin could become pregnant and this causes dangers for the females’ welfare because then continuing applying e.g. Regumate would possibly kill the female dolphin and in every case the calf in her belly. So, the caretakers come into a dilemma about what to do then: Following wrong governmental guidelines and killing their animals or let them live and maybe become criminals because of that?

The only way to prevent breeding 100% is to separate females and males. While bachelor groups occur in the wild, there is not a single report on bachelorette groups. So, this would force them in a horrible group constellation long-term which also decreases the welfare of these animals. As you can see, there is no way to implement this breeding ban without harming animals.

The animal rights industry and their lobbying work against comprehensive conservation (like the One Plan Approach of IUCN) now showed once again how dangerous it is. Unfortunately, the zoo associations in France, Europa, and the world didn’t find a way to stop this propaganda and populism ahead of time. This decision now hits them now in a time, in which many zoos and aquariums are struggling to survive by facing the consequences of the lockdown due to Covid-19.

It seems that France would like to cover its obvious incompetence in fighting this pandemic properly with decisions that make a green woke minority happy, instead of supporting zoos and aquariums as centers of conservation, research, and education, which are really threatened but nevertheless fight against extinction. Whales are important in all of this, now making it impossible for French zoos to comprehensively conserve them, is showing that the French government is more interested in headlines than the survival of species and nature.

If Ms. Pompili is really worried about dolphin welfare, then she should better focus on trying to keep the wild dolphins in France alive. Every year, hundreds of dolphins beach on the French coast mutilated. These are the animals that are really suffering and need help. Pompili should be protecting the animals in need, like zoos, aquariums and dolphinariums do and not prevent them from doing their important conservation work.