White Tiger at Loro Parque watches the waterfall in the sun from the shadows. | Photo: zoos.media 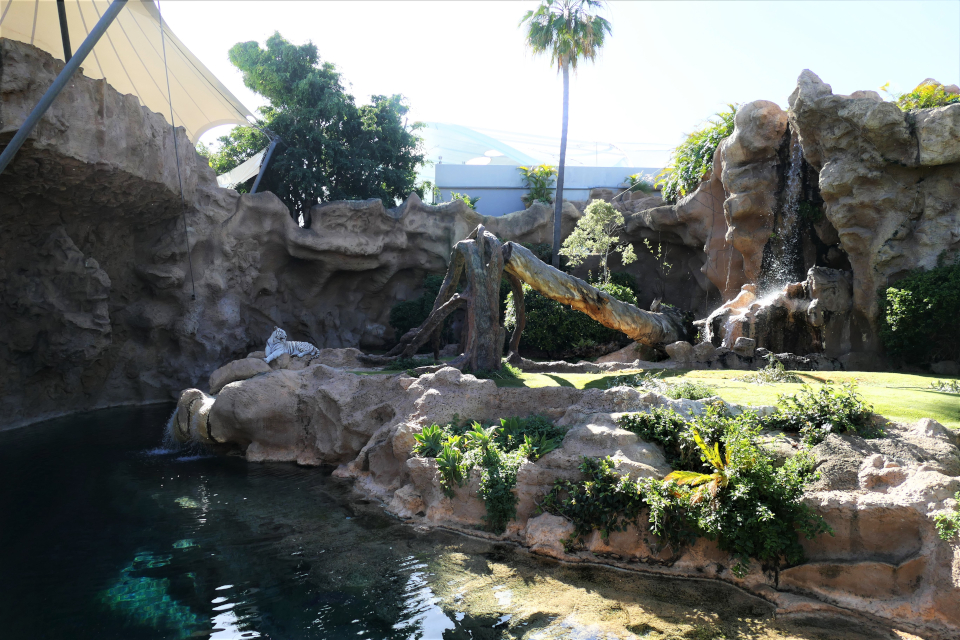 Jogging from the perspective of animals

A comic that gets to the heart of what science has known for years:

Simultaneously, it gets to the heart of a common misconception on animal behaviour.

In nature, animals are trapped in a constant battle for survival and they cannot afford to waste energy. Most of the time they don’t know when and where they will find their next energy supply – prey, in a wolves case. Wolves, like many other animals, therefore have to economize their energy wisely and estimate precisely whether or not an energy investment will be worthwhile. They do not just run back and forth on grounds, on which humans go jogging in the park. Their energy consumption for movement is motivated by food – and protection of the pack on various levels – it serves, in the short or in the long-term, their own or the packs survival.

No healthy person needs to go jogging – it is unnecessary luxury behaviour. Naturally in isolated cases there is a medical indication, where jogging would be beneficial for the patients health, but humans as a species do not need to jog. Most people jog because they enjoy it, for the pleasure of achieving fitness goals or other good reasons – nevertheless, it is luxury behaviour, not needed for survival. Wild animals cannot afford luxury, since their day is determined by the struggle for survival.

Nowadays, most people get their food from the supermarket or comparable establishments within just a few minutes. They can afford such a luxury behaviour, since ensuring their survival takes them just a few minutes a day. The wolf in Europe and the lion in Africa are not this lucky. The alleged laziness of big cats is proverbial, but again, it has to do with energy management. When wild animals cover long distances, it is only because they have to. If they can ensure their survival in one place, within a few minutes, they will gladly stay there – this has for example, been documented with elephants, which we have reported about in detail. Not even then though, do these animals jog, they enjoy the luxury in other ways.

Do animals under human care jog?

Roaming through the park seemingly restless, could be associated with some motion stereotypies of animals. Some zoo visitors indeed think, that the polar bear, for example, is jogging – which does not work. Animals and humans can escape luxury behaviour at any time – meaning they can simply stop what they are doing. This is not the case with a stereotypy. Still, not all that looks and is sold by zoo opponents as a stereotypy, actually is one, as this would in turn mean that jogging in humans could be viewed as such.

A polar bear who seemingly “jogs”, is not necessarily showing a stereotypical behaviour. This could be the case if the animal comes from a bad keeping, but it is not necessarily so. In nature, polar bears follow specific routes when searching for food and it has been observed that, just before feeding time, polar bears also follow such a route through their enclosure, in anticipation. In this case, the behaviour is not a stereotypy, but anticipatory pleasure. Many species show this kind of behaviour in different ways and is is often used by zoo opponents, to drag husbandries into the dirt.

Also under human care, animals don’t just jog – some species are very busy, even under human care, others enjoy the life of luxury and comfortable conditions. Good keepers then provide for activity, in the form of enrichment. They motivate animals to show luxury behaviour voluntarily and make them corresponding offers. The animals can then decide whether or not they want to accept these offers. Many animals enjoy the enrichment, in the form of training for example, and participate, knowing that they will get their food either way.