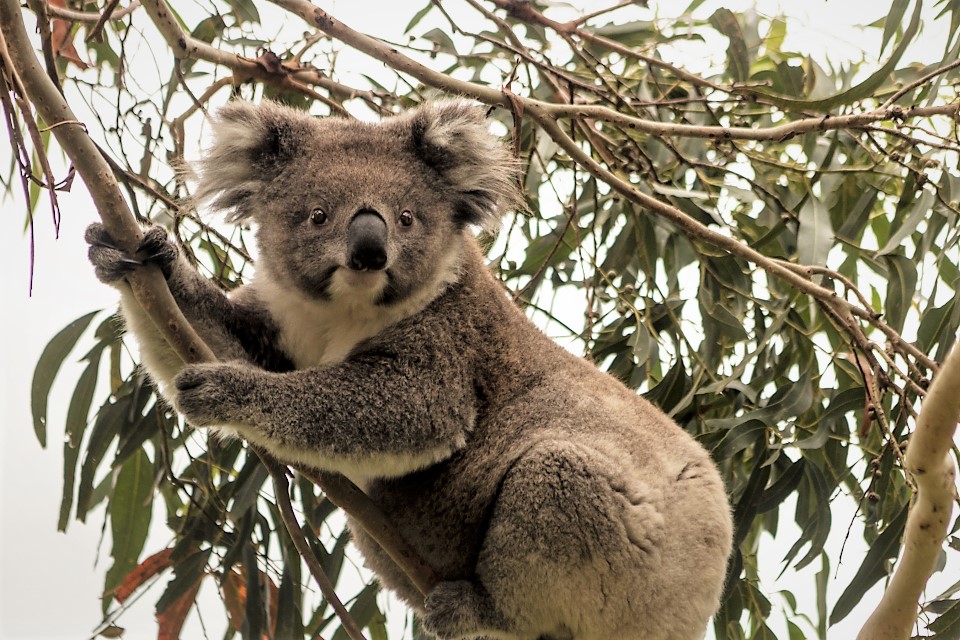 The koalas of Kangaroo Island became pretty famous during the time of the wildfires in Australia. But there’s something about this population many people don’t know.

The Koalas of Kangaroo Island: A Tragedy about to Happen

The photos and videos of injured koalas in need were frequently shared during the last weeks. People donated a lot of money to save them and especially Kangaroo Island, Australia’s largest offshore island, was in the focus of many media reports. The koalas there are now down to 5,000 till 10,000 animals. This might be not as bad as it sounds – especially for conservation. But why?

The history of the Koalas of Kangaroo Island

The population of koalas on Kangaroo Island is and was never a natural population. It started with 18 individuals in the 1920s. At this time, there was a major decline in the natural populations and people in fear of losing an iconic species of Australia’s fauna took some animals from French Island and introduced them to Kangaroo Island. What maybe started as a good intended move, soon became a disaster.

The population went completely out of control and an estimated number of 50,000 animals became a pest for the local natural environment. There were plans to cull thousands of animals to save the nature of Kangaroo Island because there were simply too many koalas for the eco system. The koalas were intruders and in no case beneficial. Many eucalyptus trees died because of overbrowsing: “[T]hese koalas were eating themselves out of house and home”, SA Environment Minister David Speirs told ABC Radio Adelaide’s Mornings.

Conservation is not simply about numbers

The 5,000 to 10,000 animals might now be a much better population size for the island and its nature. “They were causing significant pressure on vegetation as well, and the environment department for many years had been undertaking a sterilisation program”, Mr Speirs further explained to ABC. Many people think, conservation is just about increasing numbers – but it’s not as easy as that.

Conservation is about recreating a natural balance. The introduction of koalas on Kangaroo Island was a big mistake of misunderstood conservation effort – this is what we know now, but the conservationists back in the 1920s were not able to predict that. The idea itself was not bad: having a back-up population is never wrong. But threatening habitats with that, is not really beneficial to conservation.

So, the repopulation of these pest koalas would be a big mistake for both, the nature and conservation. While it’s sad – on a personal level – that so many koalas died, it might be beneficial for nature of Kangaroo Island. There are some species and subspecies on Kangaroo Island, who naturally live there and are now fighting for their survival like Calyptorhynchus lathami halmaturinus, a subspecies of the glossy black cockatoos. There were only 300 left before the fires and they need eucalyptus trees to find natural hollows for nesting – so repopulating eucalyptus killing koalas is not really a great idea.

Today we know that there’s an amazing place for back-up populations: modern zoological facilities. Koalas and other animals don’t threaten natural habitats there and can live a happy life in a secure, unpolluted, and well-managed environment. In addition, in accredited and certified zoos, these populations for conservation can be managed and not get out of control.

In koalas, it used to be difficult to maintain and reproduce them in human care because they are really sensitive. Living in narrow places, stressed them, although the don’t really move a lot. So, it was difficult to find a way that they thrive in zoos like they used to be built all these decades ago. So, in the 1920s Kangaroos Island was a safer place.

Thanks to decades of development, research, and also trial-and-error attempts, it could be found out how koalas can thrive in human care. There’s simply no need for these unnatural back-up populations. Kangaroos Island might become a problem again after some years and a solution needs to be found before it happens.

Part of the problem is that a lot of people like this population because koalas are cute and, when there are so many there, it can be easily used for tourism. Most tourists coming there don’t really care about nature, they just want to see a koala in their “wild” habitat. Plans to cull the pest koalas before were stopped in a fear that “outcry from abroad would be catastrophic to Kangaroo Island’s image”. So, education is needed and it’s important that people understand that a lot of koalas are not beneficial for the species’ conservation when they are in the wrong place and threatening nature.