Morgan with a trainer in the animated short film | Photo: Loro Parque 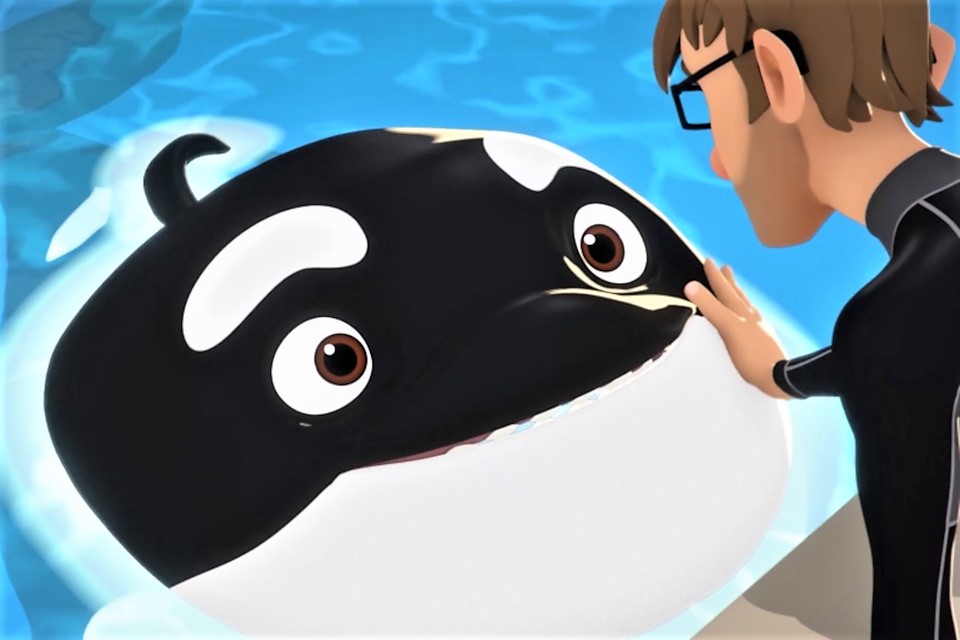 “Morgan, the brave orca” is the name of an animated short film about the orca Morgan, who was given a new family and therefore a second chance at life by Loro Parque.

There has been a very special premiere: A short animated film telling the story of the rescued orca Morgan, who now lives in Loro Parque, premiered online. The film is available to everyone for free on YouTube in three languages:

Great interest among the audience

Tens of thousands of people have already viewed the film on YouTube. The elaborate and high-quality production suitable for all ages tells the story of the Orca Morgan. Why was she in distress? How was she rescued? What happened when she arrived in Loro Parque? The film seeks to answer these questions in a way that is comprehensible and understandable to everyone, without sounding too serious and instead telling a wonderful story that gives orcas a human voice. In it, speaking is a stylistic element that aims to make the communication between the animals and humans understandable to all ages.

The result is both an explanatory and entertaining animated film. Especially the younger viewers will enjoy the film, as characters and dialogue are reminiscent of well-known and popular animated movies. For all the educational content, the film also makes sure not to neglect the joy for the animals and the happy end. The zoo in Tenerife has become the first zoological institution to turn such a success story into a film of this magnitude. The success among the audience shows that all the work put in with Morgan is worth it if you can tell such a fantastic story that raises the public’s awareness about the animals and the dangers they face in nature.