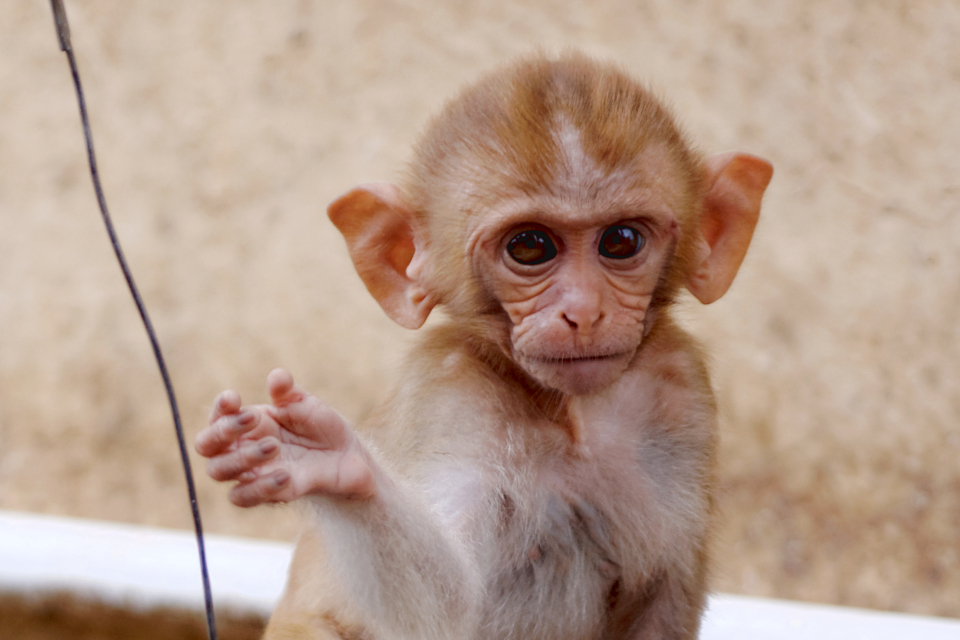 On World AIDS Day we are explaining the position of the radical animal rights organisation PETA, taking a glimpse at the background and what this position means for those affected, but also for our society.

The 1st of December is World AIDS Day. It also serves as a reminder to those responsible, in politics, media, economy and society, that the AIDS pandemic persists. That research is the best medium to eradicate this disease in the long term, is undisputed. „Stop AIDS: Keep the Promise“ was, for years, the central slogan of this movement, a reminder to us all, no matter what we do day-to-day, making us aware. Unfortunately, research is threatened – by a lobby, also known to zoos: the animal rights industry.

PETA founder, Ingrid Newkirk, also head of PETA Germany registered association, finds some very clear words on this in the US Today: “Even if animal research resulted in a cure for AIDS, we’d be against it”. Not only does the grammarian see an if clause Type II in this, but anyone can see the dangerous ideology – for all of us.

The matter at hand is the healing of a fatal disease and the abolition of legal medical research, because the elimination of all keeping of animals is the agreed on aim of the radical animal rights organisation PETA. Animal lives should outweigh human lives is the thought at this point. But that animal research is particularly important when it comes to this disease is shown by its origin: in May 2005 a team of international researchers succeeded at finding evidence that the source of HIV were simians and the transmission probably occurred during or after hunting infected animals.

Dr. Christiane Stahl-Hennig, head of the department of infection models in the German Primate Centre at the Leibniz Institute for primate research, clearly says that HIV research cannot renounce animal testing. She says that the complex interaction of the immune system cannot be completely reproduced in cell cultures. Thanks to research on simians it was possible, for example, to gain important insights on HIV prophylaxis. The expert says that the combination drug Truvada, which reduces the risk of HIV transmission, was previously tested on simians and is now recommended also for use on humans. The same goes for Tenofovir, an established antiviral drug, used in the treatment of HIV-1-infections and Hepatitis B.

According to the German Primate Centre (DPZ), animal testing on non-human primates has played an important role from the beginning of HIV research. All though, due to the severity of the disease, there have always been relatively many volunteers for the testing of new substances, fundamental research for clarification of the pathogenesis, the course of infection or also of the adaptability of the HI-Virus, needed to be undertaken, for which researchers had to go back to primate models. In the US Centers for Disease Control (CDC) for example, in the early 80s, the first findings on AIDS progression were made, thanks to tests on common marmosets (Callithrix jacchus). Animal testing on chimpanzees was necessary in the early 90s, to develop a blood test with which HIV infection can be verified.

Prof. Jürgen Rockstroh, carrier of the Federal Cross of Merit, explains that the greatest challenge still lies within the fact that the HI-Virus is build in to the host cells genome and that it displays an incredible adaptability. He works as an attending physician in the department for infectiology/HIV of the Medical Clinic and Polyclinic I at the University Hospital in Bonn and is head of the outpatients department for infectiology and immunology. The CRISPR/Cas-Method offers one possibility to reach the questionable cells. Rockstroh notes that applying this method is also difficult, since HIV doesn´t only affect one cell, but many and thus explains the necessity to have a living organism with developing cells at disposal for research. Prof. Rockstroh is one of the internationally most recognized German researchers in the HIV and AIDS field. He has been fighting for the bettering of HIV and AIDS therapies for more than 25 years and kept the topic present in society.

Bernd Vielhaber, who has been active for many years in the self-help-movement, says that studies on the infectiousness on a molecular level – that is, how infection occurs, what happens immunologically etc. – aren´t possible on a living human. He argues that not only, would nobody willingly let themselves be infected, but neither would any ethics committee in the world wave this through. According to him, ultimately, it is classical ethical dilemma. He does have a proposal, to reduce animal testing though, he says that an international vaccine syndicate for instance, is conceivable, in order to keep reducing the number of animal tests.

The DPZ is not only active when it comes to species protection, but also in scientific research. It transparently informs about how the animals are kept and which species. At the end of last year 1.247 simians, from seven different species, resided there. On the website, you can see pictures of the animals from different enclosures, like outdoor ones. The rhesus macaque, with around 750 animals, constitutes the largest fraction. According to the site only very few of them switch to research each year. The rhesus macaques come in to play in two of the DPZs research fields: they are suitable animal models for infection research and neuroscience.

HIV research is also present at the centre and on the website we can read that at the section for infection research, rhesus macaques have been used for studies on viruses, like HIV, on prions and on the Chronic Wasting Disease. Chronic Wasting Disease is a condition on deer, very similar to the Creutzfeld Jakob Disease on humans. In the field of infection research it is necessary, when all alternative methods for the verification of a research question have been exhausted, to test, at the starting point of the study on a virus or bacteria, on animals. This is done by infecting a small number of rhesus macaques, the animals are constantly under veterinarian care and do not have to live with the disease any longer than is necessary. In general, the animals are euthanised at the end of the experiment. The infection of rhesus macaques, with the simian immunodeficiency virus SIV, represents an important animal model for the HIV infection on humans. Both viruses show a very similar genome structure. Important aspects of the pathogenesis and the progression of the disease of SIV infections on rhesus macaques, occur analogically to the HIV infection on humans. Vaccines as well as methods for prophylaxe, which shall prevent HIV infection, are being investigated.

Now, everyone is free to decide whether they find this right or not and to judge it accordingly.

In order to find a cure for HIV, ideally, free research is necessary, research that can widely operate. Whether they want to resort to animal testing or not, is everyone´s own choice, but it cannot be one that is made by others for the affected. This is why the campaign of animal rights organisations against medical research, in relation to human but also animal research, is a threat to all of us.

While everyone is free to have their own position when it comes to animal testing, restricting other peoples freedom, in any way, is not ethically justifiable. Life threatening and deadly diseases primarily concern those who are affected by them. They deserve every medically proven, effective and possible treatment and must be able to decide which treatment they choose for themselves. Its easy for those who are not yet facing death to speak, which is a lack of respect towards those who are affected.

Actor Dustin Hoffmann says that for him PETA is a radical, fascistic organisation and that it needs mainstream purposes, to finance itself with donations of manipulable animal lovers. (Source: SZ, 26./27. January 2013) This is also reflected by the attitude towards research on animals, because “being against it”, as Newkirk says, means at PETA, fighting against it. Animal testing is a popular target and the organisation uses this in favour of a campaign to stop research, because it doesn´t fit into the animal rights activist ideology. Newkirk´s comment also proves that PETAs position is detached from the reasearch´s effectiveness. Its a dangerous ideology that threatens peoples lives, because the approach to fighting such a disease needs to be as broad as possible.

What PETA also tries, in relation to modern zoos and aquariums, is to eliminate decision making options. Everyone has the right to be against animal testing or against any form of keeping of animals. But no one should have the right to restrict others, with his opinion, in their freedom – especially when its a matter of saving lives. From PETA we hear: “We do not advocate `right to life´ for animals” and “A rat is a pig is a dog is a boy. They´re all animals.” If they didn´t advocate for it, it would only be a questionable opinion, but they actively do and want to cut everyone´s right to making their own decisions when it comes to ethical questions.

Those who are affected, need to be able to make this choice themselves and not have someone put a lock, through disinformation in peoples heads or in the law, on a whole branch of research that has done a lot for those affected, through serious research and is currently primarily working on a vaccine, so that in the future, this terrible disease belongs to the past. Nothing speaks against people viewing animal research sceptically, but it does against making it a taboo, defaming it, or wanting to forbid it in general, through lies, wrong or disinformation, when it comes to saving the lives of those who are suffering from it. Those, who should have the right to make the ethical choices themselves.