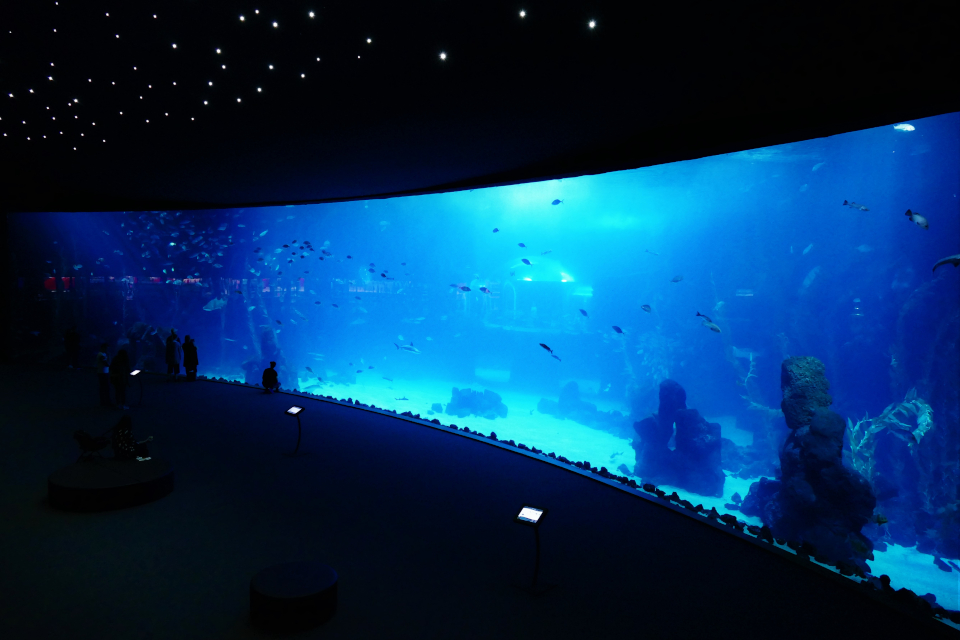 Poema del Mar, in Gran Canaria, received the Trip-Advisor Certificate of Excellence – an important award for the aquarium.

Only two years after its opening, the large aquarium is already so popular, that it has been awarded the Trip-Advisor Certificate of Excellence. Only few institutions receive this certificate worldwide, making it a magnificent recognition – especially considering the short time frame since the opening. The aquarium is especially well known for a large enclosure, showing the Canarian fish world. It can be observed from different angles and the panoramic pane, which almost doesn’t fit on a photograph, is particularly imposing.

And there is a lot more to see. Only a few months after the opening, zoos.media was taken on an exclusive tour. Here you can find the corresponding playlist including four videos, showing all of the aquarium’s sections.

A special shark species is the latest newcomer:

These sharks, for example, were not yet there during our first visit, and this is how Poema del Mar tries to develop further and further, to show even more of the fascinating underwater life.

The aquarium as a centre for education and conservation

One of Christoph Kiessling’s and his teams, primary focuses – naturally the aquarium does not only have one – is education. The first visitors were enthusiastic schoolchildren and the wish, to educate the young generation, remains until today. The aquarium has a classroom fully equipped for this purpose, which we have visited.

Here the pupils can closely observe certain animals, which are suitable for this kind of husbandry. At the same time, the classroom represents their headquarters, from where the pupils can explore all the different areas in the aquarium. The aim is to inspire the next generation to protect aquatic habitats and their inhabitants, because after all they are the future. Naturally this goes hand in hand with another of the aquariums points of focus: nature and species conservation. Before as well as behind the scenes, an enormous effort is made to save as many species as possible from extinction.

The aquarium, as part of the “Loro Parque” group, works closely together with the Loro Parque foundation, whose president is Christoph Kiessling and which was brought to life by his farther, Wolfgang Kiessling, founder also of the Loro Parque in Tenerife. Long before the aquariums opening, the Kiessling’s engaged in the protection of aquatic habitats and their inhabitants through the foundation, Poema del Mar now offers even more possibilities. This does not remain unnoticed by the visitors, who see and experience this commitment.