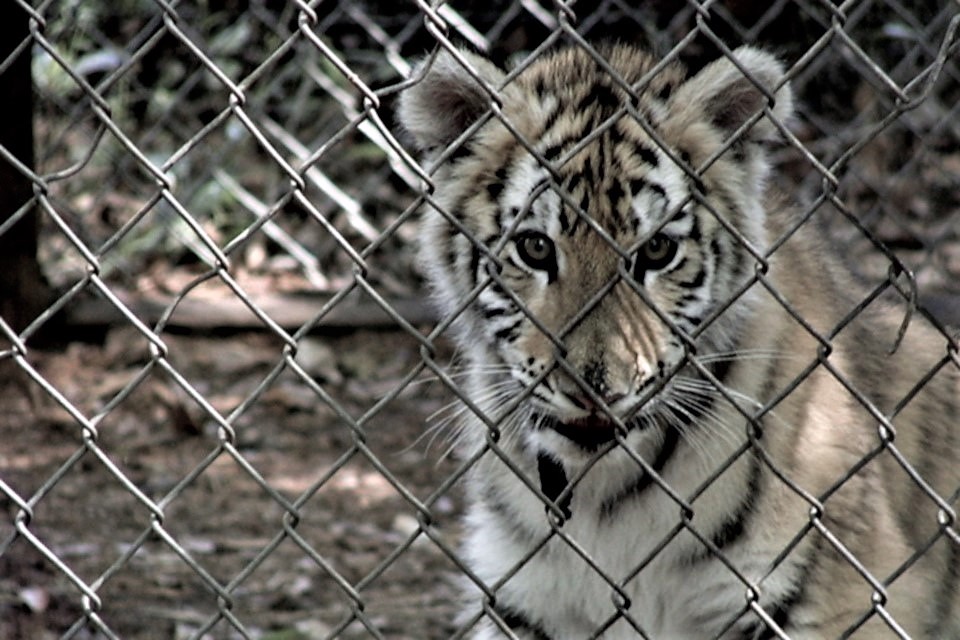 Exclusively for zoos.media on the 2nd of March in 2020. Author: Philipp J. Kroiß

Netflix’s docuseries “Tiger King” also affects zoos in the U.S. and this article is all about connections of the Association of Zoos & Aquariums (AZA) and Carole Baskin’s Big Cat Rescue.

The documentary “Tiger King” exploited the questionable animal welfare and business operations at “Big Cat Rescue” (BCR), which is essentially a poorly run zoo greenwashed by the animal rights industry as a sanctuary with the accreditation of the Global Federation of Animal Sanctuaries (GFAS). It seems to be unthinkable that a modern zoo and aquarium could collaborate with such a facility. A few years ago, the zoo transported two big cats to BCR –  the same year in which Omaha Zoo’s accrediting association, the Association of Zoos and Aquariums (AZA), opened its doors and gates to the animals rights industry under the current CEO, Dan Ashe.

It is believed by members of the zoo community that Jay Pratte, an employee of Omaha Zoo, arranged the collaboration between the zoo and Big Cat Rescue in 2017. In a document, provided by PETA to spread propaganda about the Ringling Bros. and Barnum & Bailey Circus, he introduced himself as “an animal training, behavior, and welfare consultant for the Association of Zoos and Aquariums (AZA), […] the Global Federation of Animal Sanctuaries (GFAS), the Humane Society of the United States (HSUS), and People for the Ethical Treatment of Animals (PETA)”. You can get more information on Pratte here. GFAS functions as a surrogate of the HSUS and accredits sanctuaries like “Big Cat Rescue” that accept their standards, which often result in very questionable animal welfare (e.g. general breeding ban for animals that live in family-based groups).

The transport happened in the same year that Wayne Pacelle, the head of HSUS (prior to his departure after a #MeToo scandal), was invited to speak at AZA’s conference. He even showed a picture of “Big Cat Rescue” and presented them as an example of “Animal Welfare Groups in the U.S.” BCR is part of the animal rights industry and, by the way, against zoos and aquariums, same as HSUS, PETA, and GFAS – some of them more obvious, others more subtle. These days, this opposition does not stop the AZA or some of its members from collaborating with these organizations, as Dan Ashe did even during his tenure at US Fish and Wildlife. This strategy of appeasing enemies, which Ashe naively calls “Politics of Addition”, has now dragged the AZA into the scandal around Big Cat Rescue and the big cat sanctuary industry.

During a live stream two years ago, the main topic of which was a talk with the subtitle, “Zoo’s Verses Sanctuaries” [sic!] you can hear Carole Baskin, founder and CEO of Big Cat Rescue, explaining: “My perspective on that is that we are – we have totally different philosophies. Zoos are in the business of having animals in cages. We’re in the business of making sure there aren’t any more big cats in captivity. And that says it all right there.“ So, there’s no doubt that she and BCR are against zoos. While the “philosophy” of zoos is saving species, BCR hoards big cats in small cages that would be unacceptable in modern, accredited, and certified zoos and aquariums.

It is ironic that Ashe attacked Pittsburgh Zoo & PPG Aquarium, which is accredited by American Humane, with one of the best elephants husbandry programs in the U.S., for not meeting newly implemented (and animal rights-influenced) standards of the AZA when it comes to elephants – while it seems to be completely acceptable that AZA members cooperate with BCR (which has unsuccessfully applied for AZA recognition in the past). Ashe said: “Bad Zoos are used to launder animals and bring all zoos down. You must address and shut them down or all zoos will suffer.”. That’s correct. But how can he then attack good zoos and allow cooperation as well as advertising of bad zoos that are greenwashed as a sanctuary? These politics are responsible for dragging the zoo community into the dirt of the animal rights industry. It threatens the whole zoological community.

The so-called sanctuary developed a roadmap for the elimination of big cats in human care, which included the end of zoos having “exotic cats” in 2015. Obviously, they did not achieve that goal. But in 2017, only two years after this projected target, the AZA under Ashe opened its doors for this organization and its animal rights backers. The AZA was always part of Baskin’s strategy, as her plan is to work with AZA to eliminate all zoos that are not members of the AZA. The AZA’s ongoing support of her legislative and regulatory efforts point to her success in manipulating the zoo community toward her agenda.

Baskin’s 20-year plan outlines that, in the end, her goal is to end any zoo from owning exotic cats: “Big Cat Rescue will use its enormous supporter base and internationally known name to expose zoos for the prisons they are. There won’t be a person in America who hasn’t been exposed to the fact that their support of a zoo only causes suffering and abuse for the exotic cats.” It appears Dan Ashe is (inadvertently or knowingly) assisting Baskin’s in her efforts with his “Politics of Addition”.

You can also read that in his blog post on “Tiger King”. He is very supportive of Baskin and especially her “pet” bill, the “Big Cat Public Safety Act,” which is being strongly advocated for by the animal rights industry, because he neglects to mention this connection. Apparently, he does not want to openly state that by supporting the bill as written, he cooperates with HSUS, Big Cat Rescue, and other parts of the animal rights industry. It is fascinating that he feels he can justify this position, as this bill would not only strengthen BCR, but it will also result in pressure to move more cats to BCR-like sanctuaries with sub-standard husbandry and animal rights ideology.

The HSUS is even defending BCR in their blog post: “The docuseries includes the Big Cat Rescue, run by Carole and Howard Baskin, who do highly effective and tireless work to end abuses by people like Lowe, Stark and Antle. Big Cat Rescue has taken in dozens of abused tigers, lions and other wild animals over the years and is accredited by the Global Federation of Animal Sanctuaries. It is also an important partner of ours in the Big Cat Sanctuary Alliance, a membership organization dedicated to ending the private ownership and exploitation of wild cats, and in pushing for the passage of the Big Cat Public Safety Act in Congress.” They also try to cover how bad the husbandry of Big Cat Rescue obviously is.

A wrong strategy taken by an Association’s CEO does not mean the organization’s member zoos are accountable or in agreement – though it is incumbent that they voice their disagreement if they want to see a change in strategy. There are many AZA members that are among the best zoos in the world. The whole issue is comparable to SeaWorld: the wrong strategies employed by CEO Joel Manby, including a partnership with HSUS in 2016, did not stop the employees of SeaWorld from doing great work. Modern, accredited, and certified zoos save species, conserve wildlife, and protect habitats.

Omaha’s Henry Doorly Zoo and Aquarium is a modern zoo and does a lot good work in research and conservation. As it appears, they only have bad advisors in certain areas. A zoo has to manage many considerations and sometimes has to rely on the advice of, what they think would be trustworthy sources. Apparently, the sources, in this case, turned out to be not as trustworthy as they seemed to be, and may have agendas that do not align with the good of the zoo community. This should be a wake-up call, but not a reason to condemn a facility.

In these times, cooperation is important. In North America, the animal rights industry was able to celebrate victories against the zoo community, in part due to work conducted with AZA and some of its members. During this time, many members of the zoo community, such as the Zoological Association of America (ZAA), were working to expose and counteract the animal rights industry. The past several years have demonstrated how important it is to choose the right allies, CEOs, and collaborators for zoos, and how disastrous it can be if these individuals and organizations are aligned with animal rights purposely or inadvertently.

SeaWorld paid a high price for wrong decisions: 90% of the employees had to “temporarily leave” the company because of the coronavirus pandemic. Before the pandemic, many members of the zoological team had already been laid off, and SeaWorld has been trying to save itself with rollercoasters and other non-animal focused attractions. They responded too late to Blackfish, chose the wrong ally in HSUS, and have permitted the animal rights industry to significantly degrade their organization.

Will other AZA members face the same fate soon, or will they use the wake-up call that “Tiger King” offers concerning the animal rights industry and organizations like Big Cat Rescue? As more information about the AZA’s relationship with the various groups linked to Baskin comes to light, many more difficult questions will be raised. And, at some point, a decision needs to be made by the AZA Board of Directors, members, and other impacted stakeholders: How many problems does Dan Ashe’s dubious version of the “Politics of Addition” need to cause before he is stopped? Because when the pandemic crisis has subsided, there is an elephant in the room that needs to be addressed.