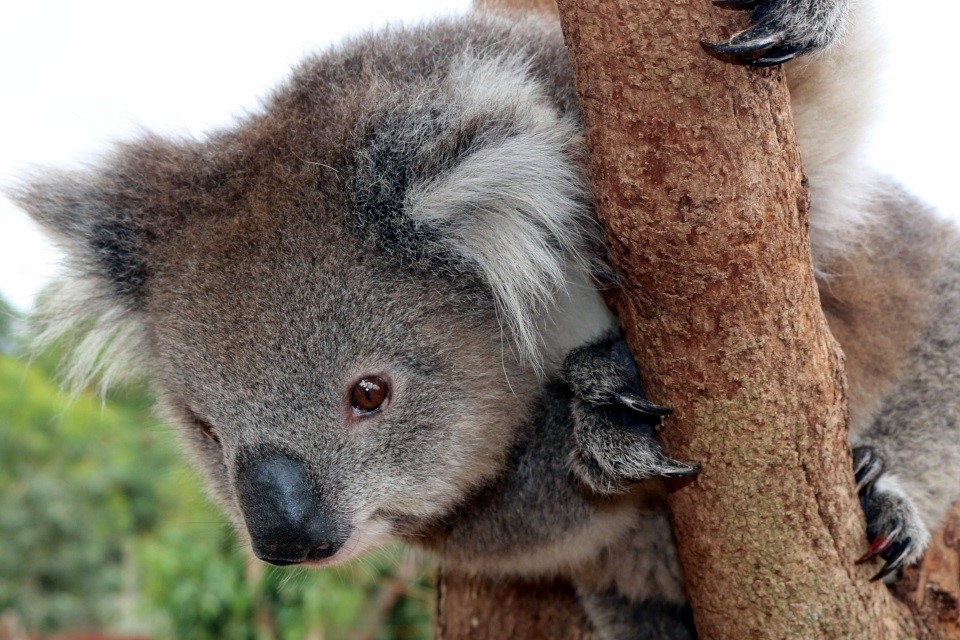 Some people rescue koalas and kill them by giving them a bottle just a moment later. So, this article explains why it kills the animal and how to do better.

Why you should NEVER give a bottle to a Koala

During the days of bushfires, the media are fully loaded with people rescuing koalas, which is a good thing, but also with people giving koalas some bottles of water to drink, which is not a good thing. Of course, those people have good intentions but just after they rescued the animals, they are killing them. Koalas cannot drink water as mammals like humans can.

Due to the alienation of nature, most people – even Australians – don’t know what’s good for koalas. The species suffers massively from habitat loss as well as stress-related disease and injuries because of this habitat loss. During the days of bushfires, Australian people start to rescue them, which is so amazing and great but many people don’t know how to properly care for them afterwards.

You should never feed a koala with a bottle of water. It will not help the animals, because you would only fill the lungs with water which will cause the animals’ death just a few days after. You should never take the koala with you in your home. The animals will suffer and die because it needs very special care after it was taken in human care. When you do at least one of both things, this is equivalent to a death sentence for the animal. The Koalas stress and need a very specialized diet of various eucalyptus trees. Approximately 90 out of 1000 species of Eucalyptus are suitable for koalas.

What you should do after rescuing a koala

When you rescued a koala, bring it to a specialized veterinary clinic in a zoo or a trustworthy rescue center. In Australia, it can last a few hours to bring the animal to one of those facilities and in the meantime, don’t offer food to the animal and please take care that it’s not in closed rooms for a long time. As well is away from your pet dogs or cats, loud music or smoke.

If you see a need for the animal to drink, never use a bottle. You can use water, that you also would drink, to wet the skin and the fur of the animal because it can get some water that way or you put a few drops on a leaf of eucalypt and let the animal eat that. This can be used by the animal to full the water reservoir of their body. The best thing laymen can do to save a koala is bringing them to a professional veterinarian and other caretakers. Do be careful, Koalas have very sharp claws and very sharp front teeth.

How koalas get their water to survive

In the language of the Aborigines, the word “koala” means “no water”. They never saw these animals drink, so, the name made a lot of sense. Koalas fulfill their water requirements by eating eucalypt leaves. In the wild, koalas also don’t drink the kind of “classical way” because drinking from waterholes would make them easy prey. So, thanks to evolution, koalas get enough water from the eucalyptus.

Unfortunately, habitat fragmentation and loss of koalas, as well as dry eucalypt, can force these animals to drink additional water. When you see this in the wild, you know that something is not right. For example, during heat waves, the eucalypt has not enough water and the animals need to drink additional water. Also, in this case, it’s important to offer them water, not to give them a bottle of water like a human. Moisten the tip of the nose or if very hot, wet the fur. Don’t leave in a cool place afterwards as they can catch a cold.

In human care, you can sometimes see, that koalas get offered some water – not because there’s something wrong but the animals can benefit from that. But, also in good zoos or aquariums you can never see professionals giving koalas a bottle of water like a human. They get it in a bowl or the caretakers use artificial rain in the facilities. The water, the facilities use for that is also the kind of water that people would be able to drink and stay healthy of. Water quality is key but this is the case for most of the animals in human care.

The koalas you see in zoos and aquariums were mostly born there, were rescued, or grew accustomed to human care in a slow and humane way. You can’t just go into the wild and take or rescue a koala in your care. It will die because of the stress you cause by doing this. Professional caretakers know how to prevent that thanks to decades of experiences.

Modern zoological institutions can give these animals the help and support they need and they are the best places for rescued koalas because the experts there know how to do the best that is humanly possible to rescue the life of the animal. But zoos are not only important for the individual animals as well, they are important for the whole species.

The research, the education, and the conservation breeding together with projects in situ can save the koalas. Zoos and aquariums already saved a lot of species and hopefully, the koalas will soon be on this list of saved species because at the moment it doesn’t look too good for them. Only one catastrophic event such as a bushfire inferno could wipe them out forever.

After the publication of this article, this important post was shared on Social Media concerning the topic: