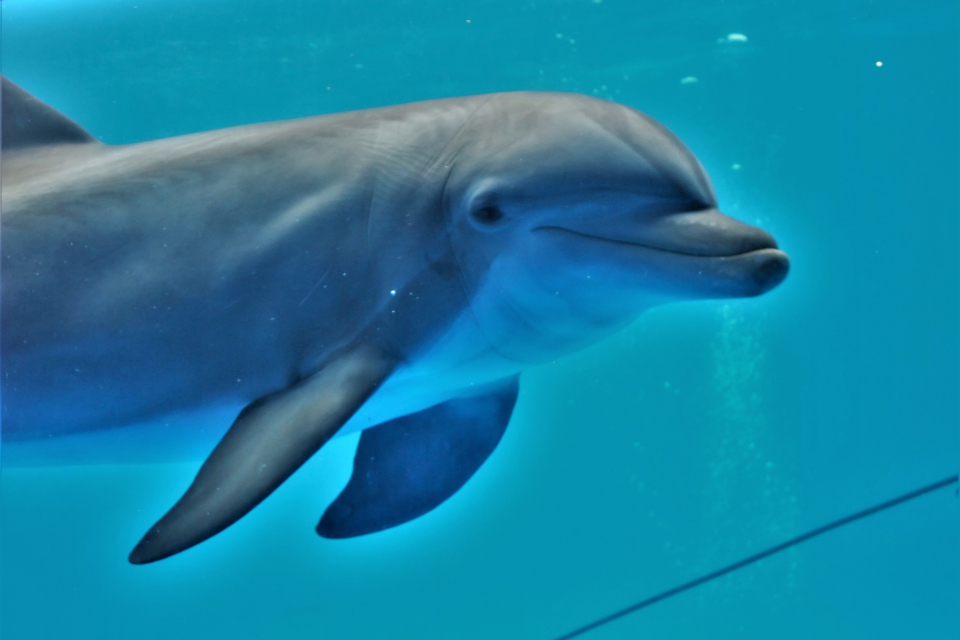 After the death of dolphin Anak, employees criticise politicians, who massively weakened the zoo through a number of bad decisions.

Barcelona Zoo: Was the death of dolphin Anak preventable?

We have reported about the fate of Barcelona’s zoo in the past. Now a dolphin’s death has brought the failure of politics into the spotlight. First they made themselves playground to the animal rights industry, by letting the dolphinarium deteriorate to the extend that it was no longer acceptable and then, they decided to implement the destructive concept ZOOXXI. The great statements however, were not followed by actions – were they hollow phrases to please activists, who had campaigned for their dubious project claiming it would appeal to voters?

No investment made into the dolphinarium

Hours after the dolphins death, Damià Gibernet from the works council made – according to El País – a clear statement, criticising that after the decision was made, to no longer keep dolphins at the zoo, nothing happened. Nothing changed for the dolphins, neither was the dolphinarium brought into an acceptable state, nor were the animals transferred into the promised net cages. This promise dates back to 2016 and such a net cage, euphemistically called sanctuary, does not exist up to the date. Meanwhile, workers at the zoo struggle to make the best out of the situation, for the animal’s sake.

With the death of 34 year old Anak, who lived significantly longer than her wild conspecifics, the group has lost its matriarch. Antonio Alarcón, the zoo’s director, showed concern for the group’s reaction regarding social behaviours. The three male dolphins, who lived in the same enclosure, have also been infected with the virus that killed Anak. The facility was supposed to be modernised in 2015 to meet the standards of modern dolphin husbandry, but this was stopped by the city hall after corresponding campaigns of the animal rights industry.

The zoo is now paying the consequences that arise when the local government lets the animal rights industry’s campaigns make a fool out of it. The animals are the victims, but they are lucky to have committed workers trying to make the best out of the situation for the sake of their protégés. In 2015 and 2016 the zoo’s employees had pointed out, that the plan including a sanctuary was not only a fantasy, but an impossible undertaking. Still, the local government preferred to ignore the experts and take advice from populists. The zoo’s staff now demands a reassessment regarding the dolphinarium’s modernisation.

Animal rights industry tries to walk away from blame

When the issue was addressed by El País, the activists who supported the malign concept ZOOXXI tried to walk away from the blame, pointing it to the zoological community instead. This is clearly false, since it is animal rights activists and the local government keeping the dolphins hostages of their false and politically dubious agenda. The agents of the animal rights industry still speak of the sanctuary they have been promising for years, but worldwide there is no sight of one, let alone for the animals in Barcelona. Time and time again they promise a better alternative for the animals, but don’t deliver.

In fact, it is animal rights activists who supported the campaign, who bear most of the blame for this misery – had they not spread lies about Barcelona Zoo, politicians would not have been moved to make all the wrong choices they made. Without the lie campaigns, the dolphinarium would have been modernised a long time ago, the animals would have better housing and perhaps Anak would still be alive today. She would have spend her old days in a dolphinarium that was up to date with modern knowledge and a good home to bottlenose dolphins.

Yet it was the animal rights industry who deprived Anak, her group and the city of Barcelona of this prospect. Today, the dolphins stay victims of a questionable ideology and dubious politics. Finally, we need to ask ourselves, how many dolphins need to die, so that politicians will start strengthening rather than weakening their own zoo? How much could Barcelona gain through a strong zoo, led by experts and not questionable activists? Anak did not live to see it, but perhaps other dolphins will – and in their interest we hope for it.