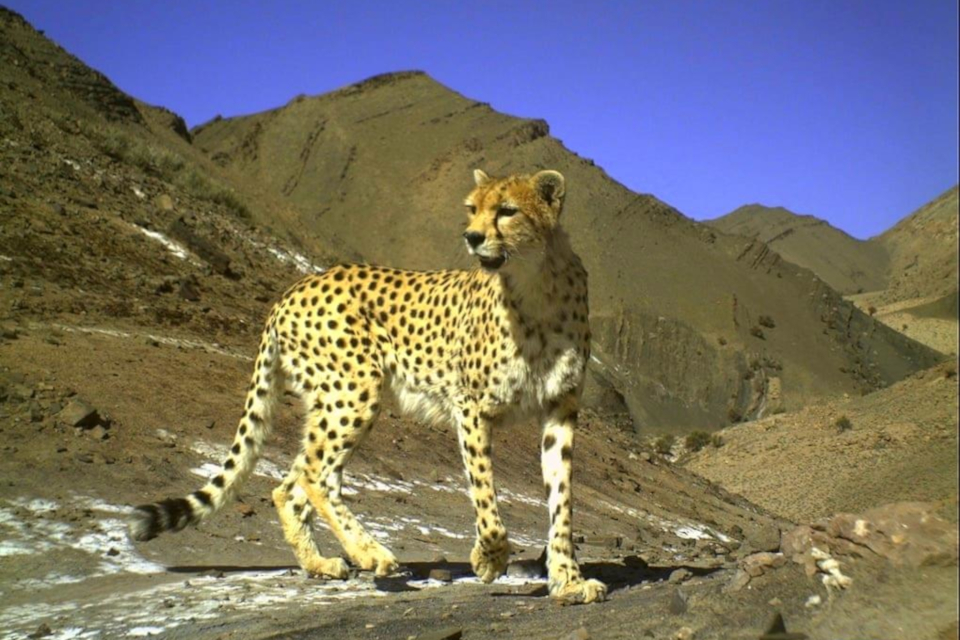 Not many people know about the existence of Asiatic cheetahs, which is a problem because they need protection. We interviewed expert Morteza Pourmirzai.

Did you ever hear of Asiatic cheetahs? Most people don’t because they connect the majestic predators with the African continent. Pretty much every content online about cheetahs is about African cheetahs. So, less is known about them having some kind of “cousins” in Asia. That’s why we reached out to the Iranian Cheetah Society (ICS) to learn more about these special animals.

“There is no apparent difference in their morphology”, Morteza Pourmirzai, CEO of the ICS, explains. “They were separated for many years, and there are some differences in their ecology. You may know African Cheetahs as the runners in the vast planes. Still, Asiatic cheetahs are generally found in hilly areas next to mountains.” So, they don’t fit in the picture many people have got in their heads when they think about cheetahs. That’s why they are so fascinating.

That’s an interesting adaption of the cheetahs because the hunting strategy in the planes increases their survival difficulties in Africa. The Asiatic cheetahs are not a different subspecies, as Mr. Pourmirzai explains, but they are special and important as well. “Like any other carnivore, they are at the top of the food chain and indicate ecosystem balance and health. They are a piece of life puzzle that should be saved to save a life in Iranian deserts. On the other hand, they are a symbol to Iranian people; as you may have seen, it’s a sketch on our national football team jersey.”

Look into the future

So, how to save these majestic animals that are so important for both, the ecosystem and the people living there? “We focus on In-situ conservation”, ICS’s CEO, Morteza Pourmirzai, describes. “Since 2001, we help the government to promote conservation in the Cheetah’s habitats. Hiring rangers, enhancements of troughs, providing equipment, repairing cars, motorbikes, and raising awareness are some activities we conduct in the protected areas. However, the most crucial project in ICS is to monitor the Cheetahs population across the country. For more than nine years, we have installed camera traps in a nationwide scheme to estimate their population. We have the highest number of camera-traps in the country. So, we are the only organization that can work on this scale.”

But it doesn’t end with work in situ: “We also provide consultation to the Department of Environment on Ex-situ conservation. In partnership with Ashia in South Africa, we were able to facilitate the Captive breeding in Iran. Hopefully, we can see the first captive breed cheetahs in Iran in 2021.” Unfortunately, there are also problems ahead. “We will face genetic problems since the project has started with a few numbers of individuals. Additionally, large areas should be fenced to ensure that cubs will have the chance to learn how to hunt safely.”

Zoos can and do help

The ICS will celebrate its 20th anniversary of foundation in 2021. “Through these years, we have faced numerous problems in fundraising due to US sanctions against the country. We are not allowed to have PayPal or any other bank account outside the country. Zoos have funded most of our projects during these years. They had a notable impact on our conservation programs. Columbus Zoo in the USA, AFdPZ, and Parc des Feline in France, Gaya Zoo in the Netherlands are some of the most notable donors to our projects. Thanks to these zoos, we can still go forward in saving this precious and unique species.”

As you can see, even before the world really knows about these amazing group of cheetahs, while most people still think that cheetahs only live in the African savannahs, modern zoos are already there to help and give support to these animals in need. It will be a hard marathon to give a future to the Asiatic cheetahs and enable them to escape extinction but zoos together with passionate conservationists are determined to make it happen once again after they already saved many species thanks to the strong combination of projects in situ and ex situ.