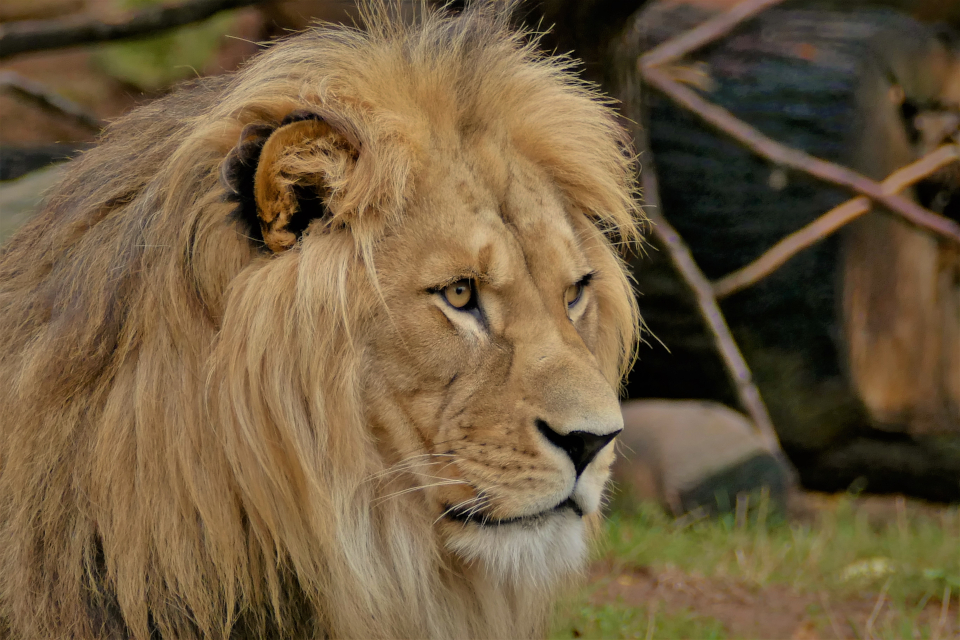 The history of the atlas lions is a history of misunderstanding, science, and success – but the story is not over and a happy end still needed.

Pathera leo leo, the nominate form of the lions also known as Atlas lion, or Barbary lion is classified as extinct in the wild. If there had not have been private and zoological collections of these and other lions, this species would not have a chance or a future. This would be a huge loss but still we have the possibility to save the lion as a soecies. These lions are probably the best-known lions in the world by the public. They were featured in mythology, art, history, and all parts of culture, and are considered the lions par excellence. In modern times, this subspecies was hunted to extinction in the wild. Can panthera leo leo be saved from total extinction?

Panthera leo leo became one among many, and there were a lot of possible hybrids in zoos because nobody knew about these subspecies before. So, there was a big tohu wa-bohu and breeding concepts became more complicated because nobody wanted to create possible subspecies hybrids. In addition, the defined subspecies had to be considered to be at least endangered, so there was a lot of work for species conservation ahead.

The good news is, that there are still wild lions in the subspecies, although they have lost most of their habitat. So, there’s a tangible possibility for Panthera leo leo to remain in the wild. Originally, it was thought that only the lions King Hasan II gave to Rabat Zoo would be “true” Atlas or Barbary lions but they might only be 50% of the Northern lions in the zoos worldwide. So, there is genetic diversity left.

All remaining lion populations in West and Central Africa are small and very vulnerable. The Southern populations are much larger but their habitat is massively fragmented. So, for all lions conservation is needed. Luckily, this new classification shows that it is not as bad as it was thought for Panthera leo leo but it’s also still far from good. In 2016, a lion was caught on a camera trap in Gabon. The country is on the West Coast of Central Africa. Later DNA evidence confirmed this lion is a survivor of a population thought extinct for 20 years – one of the really important Central African relic populations of Panthera leo leo. This finding was a big sign of hope for conservationists.

Panthera leo leo has a chance

This all illustrates that Atlas lions are important, explains Dr. Simon Black in a very important article about these findings and these special lions. He’s a conservation scientist at the University of Kent, and one of the top experts on lions. He also works on conservation genetics and developed the studbook of Pathera leo leo in European zoos. Panthera leo leo is on the verge of disappearance, and is one of the most endangered big cats worldwide.

The species as a whole is in dire need of protection and conservation. The lions need a comprehensive approach, combining in situ and ex situ conservation of the species. So, Dr. Black explains that zoos play a vital role in the process of saving the lions from extinction. There are currently around 80 lions related to Panthera leo leo in zoological gardens. This is not such bad news, because it was possible to save the Przewalski horse or the black-footed ferret with even fewer animals in human care. So, zoos have a unique opportunity and professional duty to contribute to the conservation of the lion. Years ago, zoos.media visited Hanover Zoo, who is participating in the conservation breeding program to save this subspecies.

Back in those days, there was little hope of success. The subspecies was considered to be extinct in the wild, which is still the official classification, but these findings Dr. Black published in his blog increase their chance of survival. This case also shows that it’s worth fighting for species that might be already considered to be extinct in the wild. It strengthens the message that modern, true, and trustworthy zoos are true centers of conservation, education, and research.

Lions matter, zoos do too

So, preservation of panthera leo leo is important for the lions worldwide. Allowing the subspecies to become extinct would eliminate an important pool of genetic variability and morphological traits. But there are still complex issues to be addressed. Most of the lions in human care belong to the Southern subspecies, which is also imperiled, but the zoo populations are not completely representative of wild populations. It is necessary for the work of zoos to complement in situ programmes.

So, the work of ROCAL lions, the West and Central African lion conservation network, is really important because they protect lions in situ. They want use available peer reviewed research to optimize the conservation of the lions in this region. For example, they support PhD projects that give a better understanding of lions. This can then be used to lobby for better protection of the animals so that they don’t disappear forever.

But why is it important to bring back these lions? They matter for the whole ecosystem. Apex predators are like a stabilizer and controller of the whole ecosystem. They prevent it from becoming unbalanced, and an unbalanced ecosystem is always a problem for every single inhabitant. That’s why these lions matter so much for Africa and parts of Asia. Zoos matter to bring them back where they belong and find a way of peaceful coexistence between humans, who threaten lions so much, and these majestic animals.