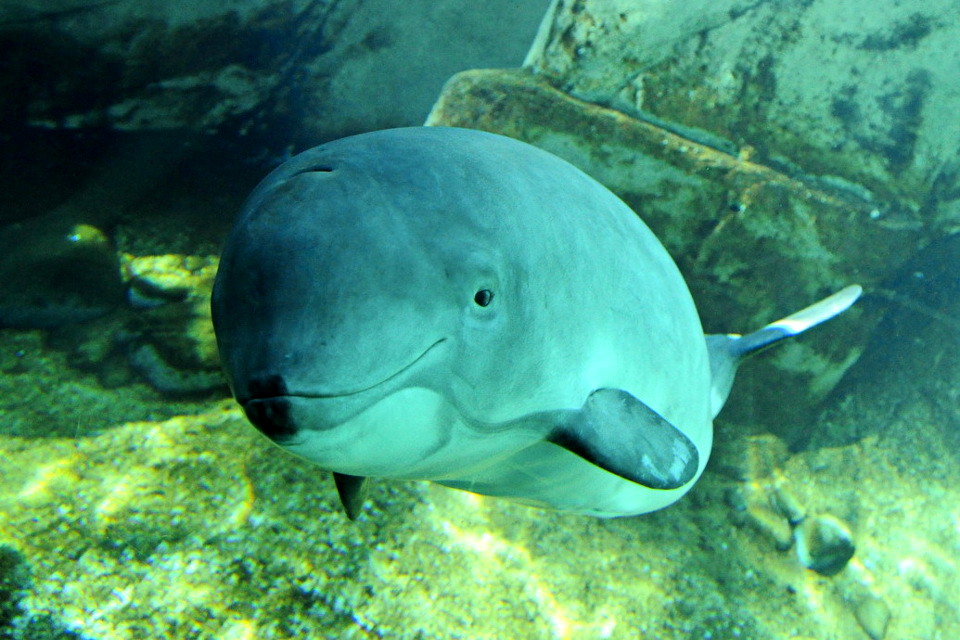 Breeding of cetaceans in human care could be forbidden in Canada. Will politicians cave in an animal rights activists‘ smear campaign against zoo and aquariums?

Will Canada follow anti zoo populism rather than scientific data and facts?

It’s shame what could happen in Canada. Bill S-203 could be passed by the government and prohibit having whales like dolphins in human care. The bill is mainly focusing on the prohibition of breeding and it amends the current criminal code to include this as a crime. This means that housing cetaceans humanely would become illegal in Canada.

55 cetaceans are remaining in Canada and they would suffer because of this bill. But not only them: this bill also affects rescued cetaceans and eliminates every program that would be able to house cetaceans that were rescued but can’t be reintroduced in a humane and animal-friendly way. In countries with good animal welfare legislation, they would find a new home and family in human care, this is now impossible in Canada.

The Canadian people and especially the politicians were betrayed by animal rights activists who massively support this bill and claimed it would be a step forward. In fact, it’s a step backward in science, rescue, and conservation because Canada now lacks possibilities to comprehensively do it.

I personally experienced how ignorant Canadian politicians are. One of the ones who participated in this decision wrote me back and claimed that “it is time for Canada to join” countries like “China” which would be “treating marine mammals more humanely”. This is one example what these misinformed politicians wrote back when they were asked on the bill – it’s ridiculous but it shows how they believe in lies that are more than easy to refute with facts but they didn’t care. But it should be mentioned that most of the politicians obviously didn’t really care for facts.

You are able to spread the opinion, that this bill is a crime because it eliminates every possibility of comprehensive conservation of whales in Canada. More than 80 of the leading scientists and researchers already concluded in a statement that they “wish to acknowledge the importance of marine mammals in zoos, aquariums, and marine mammal facilities, and express our support for research conducted at these facilities. […] The benefits of such research extend well beyond the animals in zoological facilities. The interpretation of data from field studies is directly informed by what we have learned about the cognition and physiology of these animals in managed care settings. […] The advances that have come from research in marine mammal facilities could not have come from studies of animals in the wild. […] Indeed, as with research in any discipline, a comprehensive understanding of these animals requires a combination of both in-situ and ex-situ studies; studies based in the wild and in zoological settings. This idea is neither new nor specific to marine mammals, but is critical to the way scientific discovery works.”

Most Canadian politicians seem to not care but rather cave in an intensive lobbying of animal rights activists who obviously fooled the whole country and robbed important possibilities to benefit comprehensive conservation of cetaceans. If you needed another proof that populism arrived in Canada, too, this bill is one. It’s either a corrupt or ignorant system that passes bills like that.

But not every Canadian politician is so ignorant. Robert Sopuck explained: “This bill will do nothing for the conservation of cetaceans or, indeed, the understanding of the natural world. This particular bill, in my view, is an emotional reaction to a problem that simply does not exist.“ He correctly empathized that “the humane holding of cetaceans in captivity, following veterinary-approved codes of practice, is a conservation tool that can be used to educate Canadians about cetaceans.” At the end of his speech, he concluded: “None of these regulations will have any positive impact on cetacean populations whatsoever. I guarantee there has been no scientific proof that these marine mammal regulations will improve the situation of cetaceans in Canada. All they will do, as the Liberal government has done over and over again, is to hurt remote rural communities. I find that unacceptable.”

Zoos and Aquariums have to do better

But we shouldn’t only blame the system and the activists because it was easy for them to succeed when modern zoos and aquariums don’t fight against it or at least raised their voice effectively. In North America, many zoological institutions and associations are not doing a good job to stop these developments on an early stage. The AZA seemed to already give up and tries to appease the activists like we wrote earlier this year – a strategy that will fail and is also already failing.

There are great people, organizations, and institutions in North America that do all they can to educate the public about modern zoos and aquariums and try to stop the populism against them but the members of the zoological society don’t stand with each other how they should be. They don’t use that they are supported by the vast majority of people. AZA zoos have got 195,000,000 visitors in one year – these people easily outnumber the supporters of the animal rights industry.

As long as the zoos and aquariums don’t fight the populism against them, the activists can celebrate success after success. These radical activists aim to ban every husbandry of ever animal species because this is one of the basics of their ideology. They are on a good way to achieve this in Canada: if a country can be fooled with populism concerning one species this can be done with every other species, too.

Activists can use the same strategy because now the Canadian system has got no valid point to not also ban the husbandry of chicken, for example, which are comparably intelligent to dolphins. This bill, according to Elizabeth May, was inspired by the film “Blackfish” which claimed to be a documentary but was only a collection of misinformation, lies, and populism which was exposed by many sources but this was not distributed widely enough.

It should be the main concern of the zoological associations worldwide to fight these campaigns but it doesn’t happen. Why isn’t there a campaign exposing the animal rights industry with facts? Where is the successful lobby of modern zoos and aquariums? What are the associations and their members who pay a lot to be part of them waiting for? This is not only a problem in North America but in Europe, too.

Luckily some persons and institutions already woke up and started to stop the fake news and communicate the reality but this is not happening in all modern, accredited, and certified zoos and aquariums. For the animals worldwide, it’s necessary that the good zoological institutions all over the world understand that this is not about cetaceans but about the future of comprehensive conservation. If the good zoos and aquariums fail in this battle for the truth and against the populism, animals, species, and habitats will die – and also those who didn’t support those who raised their voice against these dangerous developments will be to blame same as the animal rights activists, who are promoting a world without comprehensive conservation including action ex situ and in situ.