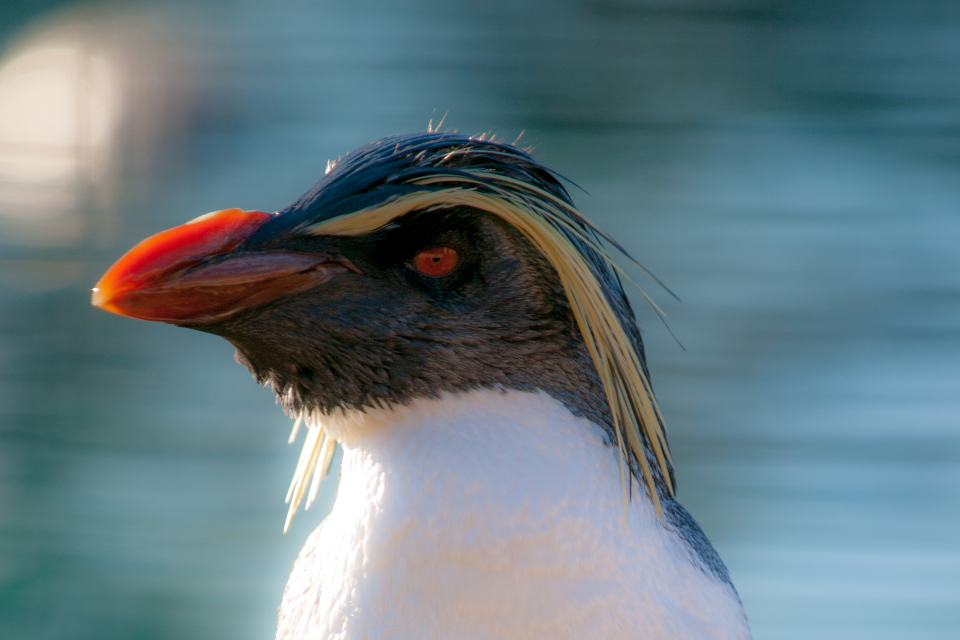 The female northern rockhopper penguin Mrs Wolowitz, who recently celebrated her 35th birthday at Edinburgh Zoo, is thought to be the oldest representative of her species in the world.

Note: Northern rockhopper penguins are not often found in European zoos. There are but three zoos housing them in German speaking countries and equally many in the entire UK, plus Odense Zoo in Denmark. Edinburgh Zoo has been regularly breeding them successfully since at least 1973. We came across the species in Vienna, where they also successfully breed on a regular basis.

In nature, the species is classified as endangered because the wildlife population was decimated by 90% between the 1950s and the 2000s. The fact that they are doing so well in zoos is a wonderful sign of successful conservation breeding.