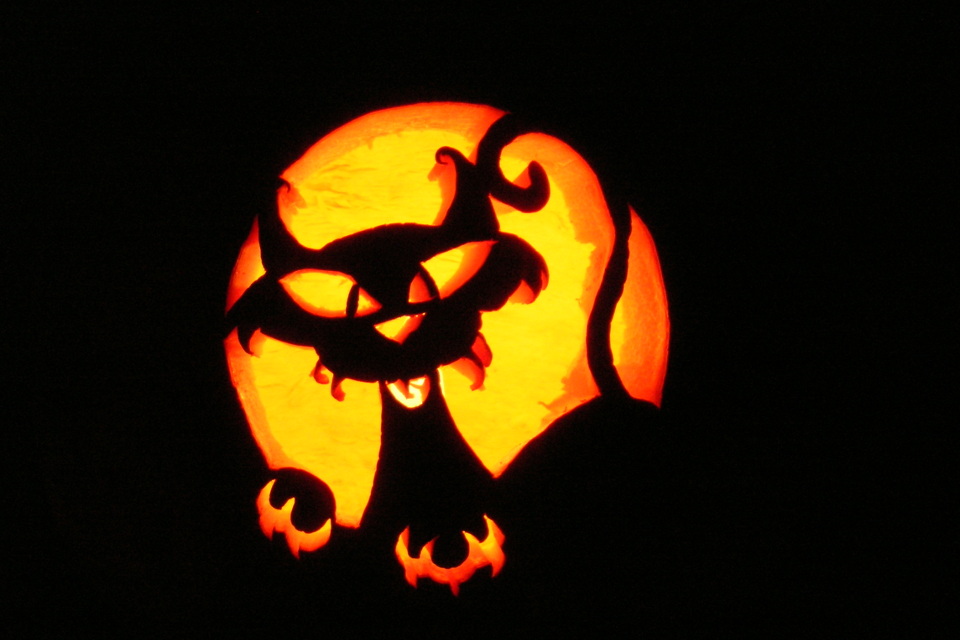 The Battersea Park Children’s Zoo has had a fantastic idea this Halloween, to convey important information about its animals through enrichment.

Sometimes Halloween pumpkins are decorated with grimacing faces and others with animals, just like on our cover picture for the article – and just like the enrichment at the animal enclosure. This is trendy especially at Halloween and you can find many posts on social media about it. What once was new, has now become tradition. For the animals, it is great enrichment and they enjoy the distraction, even if they have little interest in Halloween as such.

In Germany, Halloween can be a difficult topic. What has become a dear tradition in the US, only reached Central Europe a few years ago and is for many people here a purely commercial celebration, despite the tradition rooting back to traditional feasts from Europe. Some are also critical of modern zoos and aquariums getting on board, but no matter where you stand in the discussion, this zoo has found a solution, that will satisfy all sides.

On its Facebook page, the Battersea Park Children’s Zoo introduced a new generation of pumpkins:

Instead of a creepy theme, the pumpkins show the status of endangered species. A strong conservational message is thereby added to the enrichment, which is particularly important. The zoo notes, that the status of the animals is far more scary than any Halloween motif and they are right. Even with signs before the enclosures pointing it out, the pumpkins remain far more impressive: you can see the animal right next to its level of endangerment and a connection is established to a current event.

The idea is ingenious and can easily be modified, also beyond Halloween. The animals don’t care about what the enrichment means to humans. For the lemurs, tamarins and otters the only important thing is, that the enrichment challenges and encourages them. Variety is key. As long as this is seen for, it doesn’t matter what it symbolises to people. Making enrichment educational will hopefully set a precedent.

Education as key concern of zoos and aquariums

Modern zoos and aquariums keep improving educational offers and reflecting on how to reach even more people, to further spread the message of conservation. This is as important as ever before. Many studies have already proven that education at modern zoos works:

Without modern zoos and aquariums, to bring people closer to animals in many different ways, it would be much harder to motivate the public for conservation. This is why it is a central part of the work and a key pillar of these facilities.

Modern, certified and accredited zoological facilities will keep finding new ways to educate – and certainly not just for Halloween.