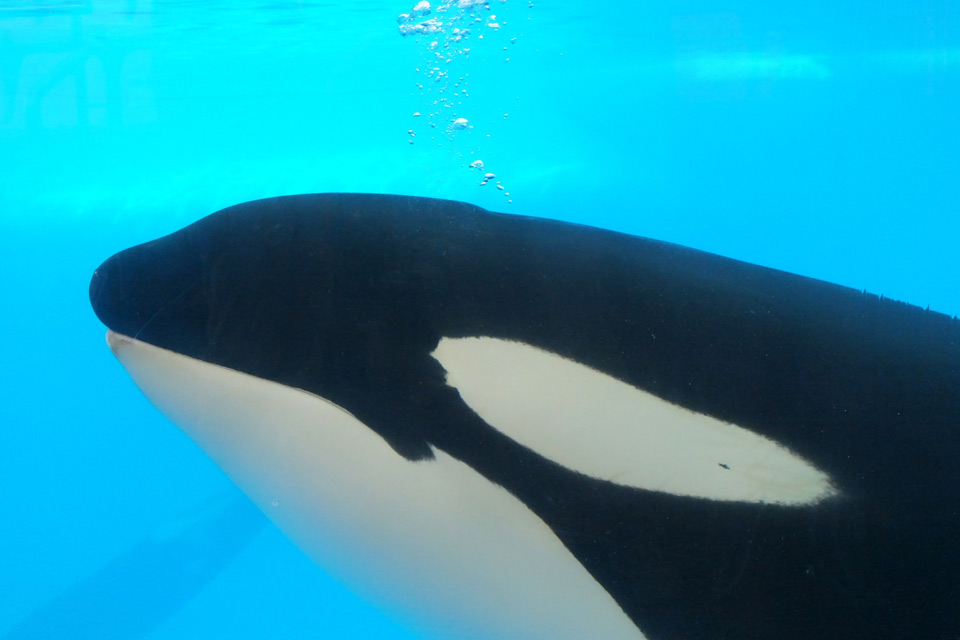 One Green Planet publishes against zoos. In this article, we especially look at an article about the orca Morgan, who recently born a cute, little orca baby at Loro Parque.

One Green Planet: full of lies about zoos

The platform One Green Planet is closely related to the animal rights industry and something like an obsequious and uncritical reporting agency willingly multiplying every lie as long as it is in accordance with their views. It’s also advertising space for products of the industry. This page is the perfect place to share and distribute hate against animal husbandry, conservation and everything else is not in compliance with the animal rights industry.

It was founded by the vegan Nil Zacharias and the creator of a vegan food app called Food Monster – a product of One Green Planet which they unsurprisingly want to sell on the platform. She worked for startups like iVillage, a media company having women as a target group, and UGO Networks, a media company targeted teen consumer of games.
Their project One Green Planet sells an ideology, which targets a target group who have got a high possibility to buy the products they want to sell. It’s really modern marketing: creating a platform attracting the target group you want to sell to. So, they publish clickbait articles and have no problems sharing lies to attract an audience. It’s a little bit like native advertising but legal because the sellers are the ones who run the company acting as if they would be a part of the trustworthy media.

The donators of the NGOs they service with articles attract the exact same audience they want to sell their products to. So, it’s pretty smart to cooperate. A writer called Simone Reyes, who cooperated with PETA and represents the animal rights organization SCIL, attended to the animal rights conference and said interesting things like: “Our movement must adopt all avenues, the methodical and radical.” It was one of the quotes mentioned to prove that the animal rights industry had no problem with criminal activities.

So, it’s important to know that One Green Planet is not a trustworthy news platform about something. It’s apparently a clickbaity platform made to attract a special target group and sell the ideology combined with the products. We will give you a good example of how One Green Planet is lying to people visiting their page.

Example article: “Morgan, the Suicidal Orca Held at Loro Parque, Just Had a Baby – Let’s Help Get Them Free”

Already the headline is misleading. Morgan is not suicidal and no one is able to get her “free”. It was decided by a court to move her to Loro Parque and this decision was final. Everyone saying the opposite just want to get money from people to finance their actions as you will see later on.

In the article the author, someone calling herself or himself “Aleksandra Pajda” (we don’t know if this person exists), first writes about a plan. 30 experts would have made a plan to set her free, this person claims. In fact, this is a story of the Free Morgan Foundation which wrote on its webpage: “Despite a viable release plan put forward by over 30 experts, a Judge in the Netherlands ruled that Morgan should go to Loro Parque, a theme park in Tenerife, Spain.” There is also a link to this “plan” and you can see it was subscribed by 17 animal rights activists who never were successfully reintroducing in orca in a comparable case. This plan was completely impossible and seemed to be mainly authored by Ingrid Visser – a person who never worked successfully with orcas in human care, never successfully reintroduced an orca in a comparable case, and is a leading person in the questionable Free Morgan Foundation. She only took one orca calf in her care which died in her amateurish care just after a few days.

In the situation, which was not completely portrayed in the misinforming video the animal rights industry distributed years ago, was part of a play between Morgan and her buddy Adán. They love to play hide and seek. Morgan seems to consider it is pretty funny when she hides on a beaching position and Adán just doesn’t get it. We also published a video in which an expert explains this behavior, you can also see in bottlenose dolphins for example:

The page dolphinaria.truth also published statements of more experts about this behavior:

So, there was never a suicide and it was just an already refuted misinterpretation of this behavior.

After they lied to the readers concerning this behavior they claim that orcas would generally suffer in human care which is also completely wrong. In modern zoological facilities, these animals thrive. Trustworthy and renowned experts conclude that the orcas at Loro Parque are doing well. No accusation of the animal rights industry against the modern zoo on Tenerife was ever confirmed by real experts or courts.
During these ridiculous claims, they also mentioned zoochosis which was never described or scientifically confirmed in orcas at Loro Parque. Not one of the many researchers, who really worked with these animals, every mentioned, described or proved a zoochosis in these animals.

These scientifically unsupported accusations are followed by misinformation about Morgan’s pregnancy. The author claims: “The adult orca’s pregnancy is yet another controversial issue, since, when she got pregnant, Morgan was still too young to breed safely.” This is completely wrong.
In the wild gestation is first observed in an estimated age of 12 till 14. Morgan is estimated to be 11 years old which is no problem because there is always a tolerance range in estimation-based measurements like this. Just like in every other mammal species, some animals become sexually mature earlier and some later. This is something you can also observe in the wild.
There are recordings of several wild killer whales in Washington State Coast giving birth when they were nine years old (R38 was born in 2000 and gave birth to R52 in 2009; R24 was born in 1987 and gave birth to R32 in 1996; I92 was born in 2000 and gave birth to I125 in 2009). All of that info can be easily contrasted in the catalogs kept of the Killer whales in Washington State. Since 1973 a total of 83 killer whales have given birth in this wild population. 11 of them (that is 13%) gave birth before they were 12 years old.

“As activists speculate, the pregnancy must have been an effect of artificial insemination or an impregnation by one of the two older male orcas at the park.“ It’s really ridiculous to mention such a claim because an artificial insemination never happened. Orcas have a lot of sex because it’s part of their social life. You can find this in some other animal species, too. This is a completely natural behavior and, of course, this can cause a pregnancy.

“Morgan can be released back to the wild, and this one fact should be enough for anyone who truly cares about her well-being to understand that this is what should happen with the orca and her baby.” This is also a lie. Before the Netherlands’ court made the decision to move her to Loro Parque, she was already declared unreleasable after many experts gave their expertise concerning the case. Morgan is massively hearing impaired and is not able to hunt or communicate with orcas through vocalizations. The population she origins from hunt cooperatively for fish and this is something she never learned and can’t even theoretically do.

“Scientists have now been able to match her vocalizations with a group of orcas in Norway, which makes them believe that the group is Morgan’s lost family.” This is massively misleading. The vocalizations don’t match 100% and no one knows where the animals are and if the group still exists. The most recent sighting of one(!) member of the group, Free Morgan Foundation mentions, is more than five years ago.

One Green Planet is massively misleading

So, the whole article is massively misleading and doesn’t share the truth. It serves a propaganda which attracts people who, for whatever reason, doesn’t know or doesn’t want to know the truth. I want to invite you to make your own research. Contact the Netherlands’ officials and read the judgments of the many courts in the Netherlands, the same accusations were shoot down in. Free Morgan Foundation and the animal rights industry failed in any of their attempts.

ZooNation.Org published this article about Morgan:

It summarizes all the accusations and refutes them with facts. Morgan is doing well, she is allowed to breed, she lives together with her new family and no trustworthy experts ever claimed this wouldn’t be the best solution for her.

If you visit One Green Planet you will find more of this kind of articles sharing lies, misinformation and animal rights propaganda against zoos around the world. It’s always pretty easy to refute their claims against modern, accredited and renowned zoological facilities but they profit a lot from uneducated and ignorant people, who don’t know the facts or ignore them. There are a lot of pages on the internet trying to benefit from such people and the best way to protect yourself against it is education.

You can find every fact we shared with you in trustworthy sources. So, you’re invited to double check what we published. You will quickly be recognized that, what One Green Planet aims to make you believe, is really far away from the truth. Remember, this whole page is apparently made to sell you something: “DOWNLOAD THE FOOD MONSTER APP: THIS BIGGEST, BADDEST, YUMMIEST VEGAN FOOD APP” and the “BUY THE #EATFORTHEPLANET BOOK” – you can see these ads also above this misinforming article about Morgan. You are supposed to become a “green monster”, consume the content which shall lead you to consume the ideology which leads you to consume the products they seem so desperately want to sell. That’s what One Green Planet is apparently about, it’s not about the truth as our example easily proves.