Granny (J2) is known primarily because of a misjudgment of her age. | Photo: Leigh Calvez 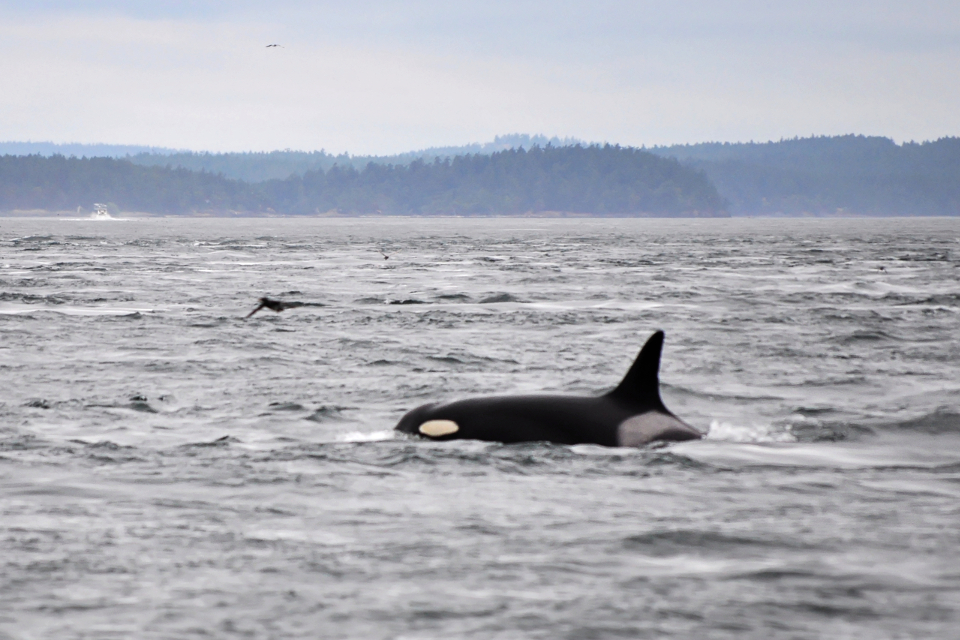 Animal rights activists like to claim, that there are many very old orcas in the wild. When you study the demography of actual killer whale communities, you quickly wonder: “Where have all the old orcas gone?”

Where have all the old orcas gone?

Often, animal rights activists misinform the public about the longevity of marine mammals – especially orcas. “Granny” is still celebrated as an orca, who was older than 100 years when she died, although genetic analysis already refuted the basis of this wrong assumption. The IMATA shared the true facts years ago. Surely, she was not the only wrong assumption that still circulates through the media.

This is pretty obvious when you look at the demography of, for example, the Southern Resident Killer Whales (SRKWs) in general. L25, called Ocean Sun, is estimated to be 92 years old. Of course, nobody saw her birth in the late 1920s. The second oldest SRKW is L22, followed by K12 and J16, who are all in their late 40s and might turn 50 during the next months and years, if their age estimation is correct.

A question of belief or science?

So, among the SRKW animals there is only one animal older than 50. Where have all those old orcas gone the animal rights activists constantly talk about? So, it’s a nice belief that orcas can live up to 100 years of age but there is no actual proof of that. There are only some single cases using a very unsecure way of the calculation of age. So, what the activists say, is a belief and has got nothing to do with knowledge.

Moreover, it’s not a logical belief. If it were kind of normal for orcas to live up to 90 or a hundred years, where are all those orcas in their 80s, 70s, 60s or late 50s. They don’t exist in the SRKW population. Why? This is a question the animal rights ideology can’t answer.

Zoological institutions use science to learn more about species. And, of course, there have been calculations of the longevity of killer whales as well. Robeck et al. (2015) had the biggest data basis for a comparison like that and the results are clear. The median and average lifespan of orcas in human care is not only comparable, but the orcas that were born in human care have got a higher chance of survival than every orca in the evaluated orca populations.

Who is the oldest orca in human care?

So, thanks to science we know, that if the age of L25 were correct, her age would be an exception and have got nothing to do with the typical lifespan of a killer whale. “Granny”, in the end, was estimated to be around 65 – 85, when she died, which is a high age.

Orcas in human care didn’t even have the chance to become as old as her because the husbandry of this species started under 60 years ago and the professional husbandry is even younger. So, it’s not a surprise that we have no orca methuselah in human care. The oldest orca in human care is Lolita and lives a happy life of retirement in Miami Seaquarium. She’s an old lady in her early fifties, which is older than the second oldest orca of the SRKWs.

Lolita might outlive the age of Granny or L25 or not, but all three are exceptions. Most orcas in the wild and human care die before they are 50 years old. In the SRKW population most animals, who survived as a calf, don’t live long enough to become 20 years old. That’s the sad truth and while the animal rights activists do and achieve nothing to change that and don’t make the wild a better place for the Southern Resident Killer Whales, zoological institutions work every day to benefit orca conservation and save threatened populations from extinction.