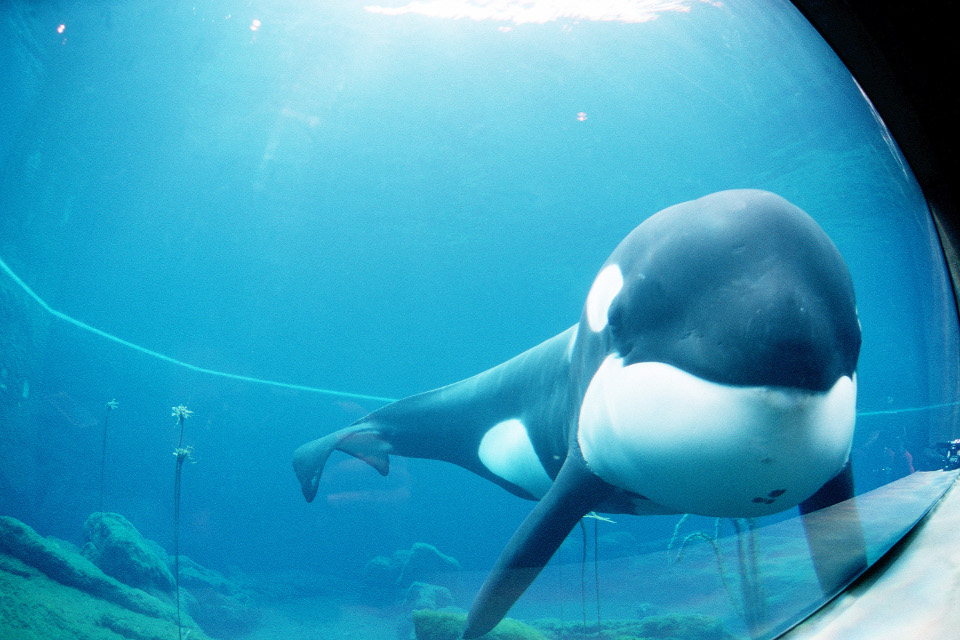 “At any price” was the agenda of the HSUS and its chief biologist Dr. Naomi Rose, as Mark Simmons explains: this agenda costed Keiko his life.

What an attraction for Halsa: an orca that plays with children, lets them ride on him and obviously enjoys interactions with people. Before, he was wandering through the sea – without association with other orcas or successfully hunted. Now he was together with people again – he knows the interactions with people for years and has been accustomed to them. This whale is called Keiko.

“In life, he was undoubtedly the most famous whale in history. In death, he became the most famous case of animal abuse the world could not yet fathom.”- Mark Simmons (Killing Keiko)

Dr. Naomi Rose took over control of the Keiko Release Project, as the chief biologist of the Humane Society of the United States (HSUS), when the Ocean Futures Society (OFS) withdrew. Mark Simmons described her as a woman who probably appreciated killer whales more than other animals – and even humans. However, she had no more experience in the husbandry of killer whales than any normal SeaWorld visitor.
Trainers were worthless in her point of view, Simmons describes. She believed that it must be biologists who should hold the reins in her hands. She was determined to show everyone that it was possible to reintroduce even such a difficult candidate. Simmons describes her resolute determination. Despite her point of view, another trainer was hired: Colin Baird. He had, however, no modern husbandry experience, but knew only one facility, which was completely antiquated even for that time: Sealand of the Pacific.

Back to the people

Keiko was gone for three weeks. There is no sufficient evidence that he would have been able to meet with his wild counterparts during this time. HSUS was at the head of the project at this time and Rose played a major role in the decision-making process. What was remarkable was her denial of behavioural biology, on the grounds that it was artificial and only a construct of the zoos. You do not need trainers, but biologists, was again her credo.
HSUS had agreed with the Earth Island Institute: “release at all costs!” This is reported by Mark Simmons in his book. In the ranks of the Free Willy Keiko Foundation (FWKF) the credo “better dead than fed” was applied, as Simmons describes the point of view of the animal rights groups who took the decisions in the project.

The first to reach Keiko’s position at Halsa (Norway) were Colin and Fernando Ugarte. They were keen to look at him carefully, but Keiko’s interest in boats was way too big, and when he recognised Colin on the deck, it was clear that he had by no means been weaned from man – he was looking for closeness. Suddenly, the other boats cease to be interesting.
When Colin decided on the second day to leave the whale alone for a time, children came to the killer whale. They swam and played with him and pictures of them spread very quickly – also over the internet. Now people came from all around.

“Keiko was back with his human family and seemed perfectly content to remain just so.” – Mark Simmons (Killing Keiko)

They tried to stop the masses, but they were unable to do so. These were the moments when the project should have been declared a failure. The people fed him and gave him other reinforcements. The weaning training, which had not even been fully completed when he had disappeared, was completely undermined.

However, they were of course able to access medical data more easily through the free contact. He did not look hungry to the inexperienced team, and they even thought he had eaten. This is a mistake that many laymen make. Killer whales of Keiko’s size can go for more than six weeks without food without showing measurable changes to body state, as is well known and Mark Simmons explains.

Halsa had shown one thing: he could not be weaned successfully from humans. He was still an orca who did not avoid people, and that simply disqualified him for any reintroduction and laid bare the failure of the enterprise. Even the “cold deprivation” of his adventure in the sea had not changed that.

HSUS and above all Naomi Rose did not want to accept that however. They tried to keep the people away from him. Depending on people, he came into a transitional quarter without the necessary infrastructure – an embarrassment of a solution.
The animal also had to be trained, of course, and that was based only loosely on the previous professional training. he had a small behavioural repertoire and he received also less professional veterinary care with rudimentary laboratory analysis. Morover he received hardly any stimulus. What a sad prospect for the orcas, which would have to live in the Whale Sanctuary Project, which Rose is a part of.

Keiko was waiting for playmates, which no longer came. Meanwhile, he was fed less, because it was thought that he could find his own food. He did not do so. He started to look worse and worse. The vital fresh water that he got through the fish was missing. Chronic hydration weakened his organs. When he had a lung inflammation, he could do nothing about it. One night his powers failed and he could not keep his body above water. He sank to the bottom of the sea and died.

“He died of a very preventable condition. Indeed, the outcome was cultivated through actions imposed by the responsible party [for the project] ordaining “release at all costs”.
Worse still, the practices of his carertakers, stepped in ignorance, amassed great confusion for Keiko. […] Keiko made his decision. He never strayed from his resolve, demonstrating his choice of human companionship with resounding clarity time and time again.
The choice [for reintroduction] was never his in the first place. This truth dominated our thoughts for the rest of that regrettable day [on which the news of the death arrived] and for many weeks and years to come. We had let ourselves believe that ignorance would be outweighed by compassion; that in the end, love of an animal would prevail against man-made agendas. Literally and symbolically, Keiko represented a vast array of personal, social and political ideals spanning both time and geography.
In life, he was undoubtedly the most famous whale in history. In death, he became the most famous case of animal abuse the world could not yet fathom.”- Mark Simmons (Killing Keiko)