Cats touch the hearts of many people. | Photo: brownpau, License: CC BY 2.0 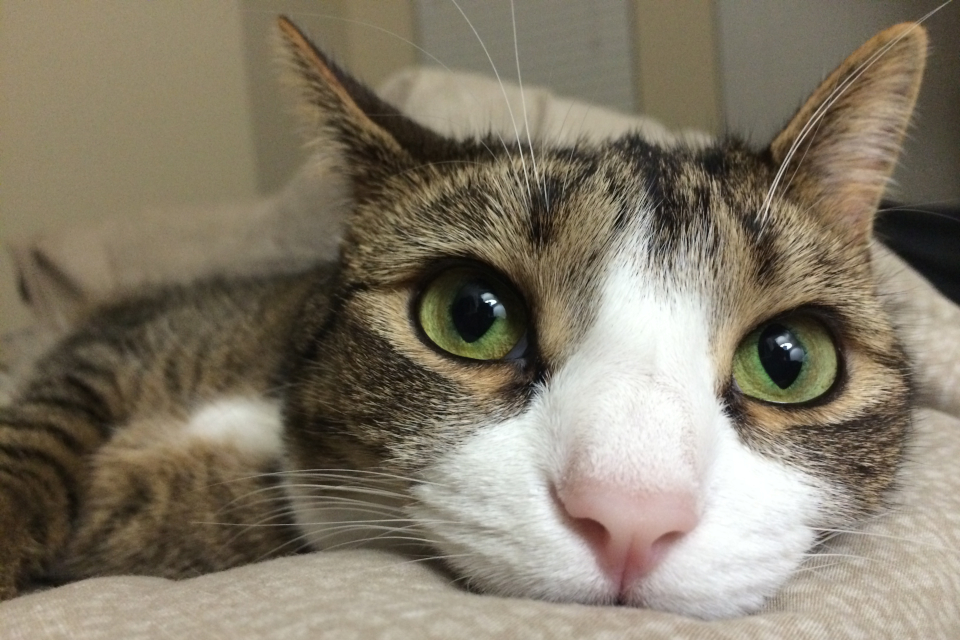 PETA kills animals – and not just a few. A couple of days ago, an update was uploaded on the death toll at the animal shelter in Norfolk. The article discusses the killing machinery.

The animal rights organisation PETA runs an animal shelter in the USA, that belongs to the so called “kill shelters”. These shelters can put animals to sleep without medical indication and at their own discretion – due to a lack of space or money for instance – and as opposed to “no-kill shelters”, which are similar to those in Germany and may only euthanise when medically indicated. Kill shelters are illegal under the German animal welfare law. This is different in the US. Average death rates at these shelters lie between 30% and 60% and about 40 % on average – this is entirely different at PETA: here they lie between 65% and 97% and the average at 83%.

One would think that one of the richest animal rights organisations would have enough money to have a record-breaking referral rate. In the US, PETA has millions at it’s disposal – a budget which other shelters can only dream of. And yet, this year, only 1,1% of animals were referred, far below the average of 6,97%. Why is this so? Well, PETA doesn’t really spend it’s money on animals, but primarily on itself – public relations, personnel costs and rent make up more than 90% of the expenses at PETA Germany.

Evidently, smear campaigns, against modern zoos and aquariums for instance, are more important to PETA than animal lives. And yet, we cannot accuse PETA of not finding clear words to express this: “We do not advocate ‘right to life’ for animals”, PETA President Ingrid Newkirk explained. This quote is not widely known, since the media often misportrays PETA as an animal welfare organisation that saves animals – although even “saved” animals are put to sleep. It is part of PETA’s ideology, that animals are better off dead than fed. Any form of husbandry is strongly rejected.

In PETA’s universe, killing these animals actually makes sense and brings them closer to their ultimate goal: for there to be no more animals under human care. Owning pets is an abysmal situation caused by human manipulation, PETA Founder Ingrid Newkirk explained in an interview with Newsday in 1988. That same year, she went one step further, telling Harper’s Magazine that it would be good if people put an end to the whole concept of pet keeping. Hence PETA also kills healthy and adoptable animals.

The graph shows a clear trend: PETA outsources the killings. The animals are brought to other shelters and that’s where, if you dig deeper, the first inconsistencies appear. This is what animal welfarist and animal shelter expert Nathan J. Winograd did and he found out that some of the animals that were supposedly transferred never arrived at the intended destination. In most cases, if the animals do make it to the other shelter, nothing other than death awaits them – they then enter the statistics as “transferred”, despite actually having been killed. Nathan Winograd exemplified this method on Facebook.

This method makes the numbers look better and so PETA can downplay everything. It is remarkable that they act as a “no-kill” shelter in public, whilst fighting people like Nathan Winograd. They like to take advantage of the uninformed public, who do not receive the details of the complex, and partly even collaborate with media representatives to disinform. That shows the kind of lobby the animal rights industry has.

So this organisation not only doesn’t provide any protection for animals, it much rather presents a danger to them – and the keepers. The example of the chihuahua Maya undoubtedly shows it: a healthy dog is wrenched from it’s caring family and promptly killed. PETA had to pay a large fine for this action and later claimed it was a mistake – a mistake that was repeated on other animals that same day, and is why such portrayals underwhelm experts like Nathan Winograd. In addition, a whistleblower reported that she was encouraged to steal and kill pets and to falsify records at PETA.

PETA’s inhuman and animal disregarding ideology is kept alive by uninformed donors. Whilst modern zoos and aquariums stand for the survival of species, and have saved several already, the radical animal rights organisation PETA stands for death. The deaths of at least 41.539 animals, as this number only refers to a period in which PETA was obliged to report numbers, but the killing machinery has been going on for far longer. The number of unrecorded cases also is significant, insiders report. For PETA, euthanasia is a “Happy End” for all animals – and here we shouldn’t forget that they do not differentiate between animals and humans.

All of this wouldn’t be possible if PETA had no donors or supporters. Many are unaware of the fact, that they are supporting the killing machinery with their donations or support. Many people support the campaign “Adopt, Don’t Shop”, without realising how cynical this campaign really is, when the motto at PETA’s shelter seems to be: “Kill before someone adopts!”. Celebrities, but also noncelebrities, fall for PETA’s scams and give their name and money to support an organisation, that apparently sees animals rather dead than adopted.

Those who support PETA in whichever ways, make themselves complicit to the many killings of animals, that might still be leading happy lives, had they not fallen into PETA’s hands. How many more animals have to die until donors, supporters and the states, that help finance PETA through tax benefits, come to terms with the facts and realise, that this death shelter isn’t at all worth supporting? For the sake of animals we hope not many more. In the last 20 years, statistically speaking, an animal died every four hours by the hands of PETA. So, the clock is ticking.