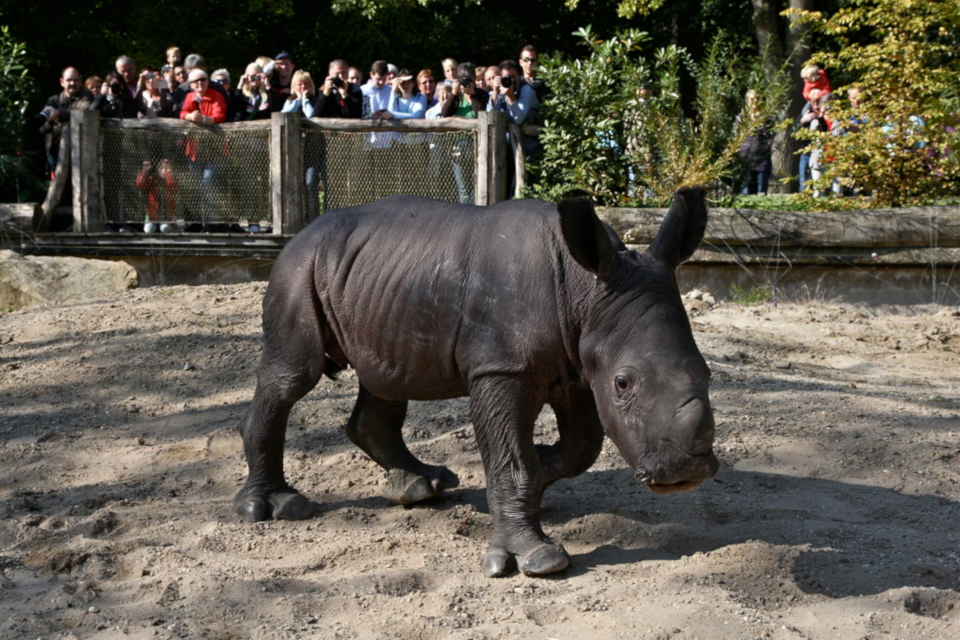 PETA’s last smear campaign against the conservation of rhinos is dangerous for the animals, and apparently, PETA doesn’t even know what it is all about…

The northern white rhinoceros teeters on a knife-edge – a subspecies can’t get much closer to extinction than this. Since the sad death of Sudan at an old age there is no longer a male capable of reproduction on the planet. Thanks to modern zoos and aquariums there is still sperm that can be used for reproduction. It is used to fertilise egg cells which are then transferred into the surrogate mother, a female southern white rhinoceros. This procedure is important to avoid compromising the females of the endangered northern subspecies, and it is no problem for the surrogate mother – for whom it is a normal pregnancy with all the risks and benefits. This way, a new population of northern white rhinos is built up, which will later be reintroduced step by step into the wild.

An insult to real victims of rape

“Conservation of southern [sic!] white rhinos and other endangered species should mean protecting them in their rapidly disappearing natural homelands. […] All the cages in the world won’t prevent animals from becoming extinct. […] And yes, rape is rape, and for a female animal, feeling a hand and a syringe stuck up inside her is unpleasant and stressful.” – Elisa Allen, PETA

It is apparent that PETA has not understood the entire complex. It is not about the southern subspecies but rather about the northern one. In addition, the animal will not really notice what happens. It leads a completely normal life, is placed under anaesthesia, wakes up, and will realise after a few months that it is pregnant. The insertion and “harvest” of the egg cells are completely painless. It can be assumed that the mother will not even realise that something has happened. For her, it is just like a normal pregnancy.

Moreover, similar projects have already saved a lot of species – and here, zoos and aquariums play and played a very important role. Therefore, the claim that such projects do not save species can easily be debunked. Zoos are of course also involved in protecting the natural habitat of the animals, but this subspecies currently does not exist in nature. PETA is proving once again that it obviously takes the public for fools. They lie and deceive for all it’s worth. It is obvious that the organisation has no idea about the project, but it makes unqualified statements nevertheless.

The worst part is that they have the audacity to call this rape, thus deriding real victims of rape. As a criminal offense rape is defined by the StGB (German Criminal Code) as “the coercion to sexual intercourse or similar sexual activities that particularly degrade the victim, by force, a threat with present danger to life or limb, or by taking advantage of a situation in which the victim is defenceless against the perpetrator  (§ 177 subsec. 1 in conjunction with subsec. 2 N0. 1 StGB)“. Saving a species is not rape. Trivialising such an ugly crime as rape in this way is distasteful and must be condemned. No rhino is raped for this as there is no sexual act, the animal is not degraded, and there is no violence involved in neither word nor action. To call saving a species rape is completely impudent and only derides the victims of such a crime.

Modern zoos are part of the solution for rhinos. PETA is part of the problem for these animals. There are no more animals left to protect in the wild, which is why we have set out on this quest, the last and best hope for the species. PETA now wants to take this chance from the species and thus clearly provoke its extinction. This demand should really go unheard, but media representatives from around the world pick it up uncritically. They simply copy and spread PETA’s statements. This shows either incompetence or a shocking degree of ignorance.

(Translation: “You either love animals or PETA; it is not possible to do both – they are mutually exclusive.”)

PETA is already responsible for the death of tens of thousands of pets that were killed by the organisation, and now it apparently wants to impede the conservation of rhinos. But they are not the only species affected – if PETA had its way, comprehensive species and population conservation of dolphins, great apes, and elephants would be impossible too. Comprehensive conservation is only possible through a combination of in-situ and ex-situ measures. PETA wants to end all forms of animal husbandry, making important ex-situ measures impossible. This is why the public, but above all the zoological community, must become more active to prevent this. Many species are already damaged to the point where conserving their habitats is not enough – so the approach of animal rights activists is just fundamentally wrong. In any case, conserving animals only in their natural habitat is not a very sensible strategy in general. Many species simply cannot be saved without zoos and aquariums. How we assess this fact is up to each one of us, but the assessment does not change the reality.

The path to reintroduction

A reintroduction is not always sensible or necessary within a conservation project – in the case of the northern white rhinoceros, however, it is. If all goes well, a first and stable population will be established under human care, from which a few animals will then be reintroduced into the wild. For years now, individual parts of the project are constantly being tested. This way, artificial insemination, as well as other veterinary methods, have been thoroughly optimised. Other parts of the project are also being tested today. For instance, rhinos from zoos were recently transferred to Rwanda to live in a national park there. This is an important step in the reintroduction process and an important test run for different rhino species and subspecies.

Strategically, it is clever of PETA to attack this large project of the zoological institutions, but it would make a future impossible for all rhinos. Breeding programmes, national parks, and veterinary expertise do not just fall from the sky for free, they need to be funded – zoos actively help with this. However, money cannot buy all of the intangible things that zoos bring in: veterinary expertise, fundamental investigation on their biology, and expertise in the care of these animals. On top of this, there are the animals themselves, which have no monetary value as they cannot be sold or otherwise traded – they are ultimately available for these projects for free.

The project is currently running satisfactorily. Not everything is perfect and the problem is far from solved but it is moving in the right direction. What PETA is probably afraid of is zoos succeeding to save the species. The species that have been saved so far are usually not on people’s radars unless they are familiar with the topic. After all, who is familiar with the California condor, the black-footed ferret, or the Ameca shiner? Everyone knows rhinos, the chubby unicorns, on the other hand. The animals are a popular and frequent symbol, and what a calamity it would be for PETA if every rhino that people saw reminded them of the huge success achieved by zoos that debunks their propaganda.

At the moment, it does not look as though PETA could stop the reintroduction of the northern white rhino, but there is admittedly no guarantee that it will stay this way forever. We need zoos and aquariums because if they cease to exist not only will many species become extinct, but those conservation successes that have already been celebrated might be destroyed as well. In the end, there is much more at stake than the future of just one rhino subspecies, the future of zoos and thus the future of nature is at stake.