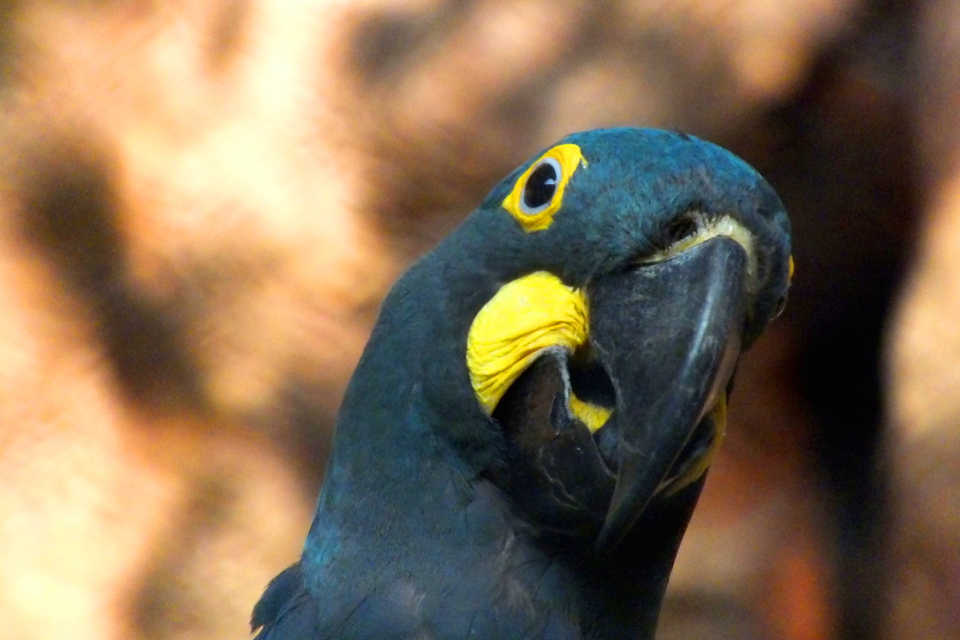 There is much talk about animal ethics, but little is known. So the article discusses animals in zoos in the context of current ethical discussion.

Much is said and written about animal rights and animal ethics. Detailed analysis is rarer. This article wants to change that and explain the basic ethical concept from current academic teaching.

The question, which is essential in the first analysis, seeks to know who belongs to the morally relevant community. For this purpose, there are three explanatory models: property theories, species theories and recognition theories.

Human rights are based solely on genetic affinity to the human species. They are species-specific, to describe it with a polemical concept from animal rights. The accusation is that of discrimination against other species solely by reference to species-theoretical findings.

Radical elements of the animal rights movement use the term “speciesists” as an insult and compare speciesist theorists with racists or similar groups. Ethically, this is completely wrong, because “speciesism” is based on objectively ascertainable facts, but racism is not: racism divides people into races in complete disregard of reality. Ethically, therefore, racism is absolutely untenable, because ethics, like every serious science, needs a factual basis.

These theorists ignore boundaries between species: morally, both humans and animals are valued by their abilities. However, the identified abilities also have an impact on the moral rights which result from them. Let us look at the two most frequently discussed areas, which are also relevant to our question.

Factually determined pain sensitivity establishes a moral claim against the unjustified infliction of pain. So, as soon as a living creature has the ability to feel pain, it cannot simply be inflicted on it. Justifiable infliction of pain, for example, would arise in a self-defence situation in which such action is morally justifiable.

What is often misunderstood is that this ethical basis does not lead to a prohibition of killing: painless killing remains possible.

“The ability to suffer or to rejoice is rather a precondition for being able to have interests at all, a condition that must be fulfilled before we can speak meaningfully of interests at all. It would be nonsense to say that it is not in the interest of the stone that the child gives it a kick on the street. A stone has no interests because it cannot suffer. Nothing that we can inflict on it would in any way affect its welfare. A mouse, on the other hand, has an interest in not being tormented.”-Peter Singer, Practical Ethics, 3rd ed., P. 101
[Translation from the German version to English]

Singers’ mouse has a feeling of pain, and his line of argument gives it a moral right not to be tormented. However, a pain for the animal, as well as the pain sensitivity of the animal, must also be scientifically proven, which is also the case in Singer’s example. But the idea that the animal has been tormented is not enough. For this reason, for example, there is also a discussion about fish and their pain sensitivity. There’s also concerns the question when human beings feel because only when sensitivity to pain has been established does a claim arise not to suffer from it without justification.

These include abilities such as rationality, language skills and consciousness. They also establish the possibility of a prohibition of killing, as this would frustrate future-oriented plans. They are more complex and can be detected only after an extended period of time.

Again, however, this is not to be assessed on the basis of species affinity, but on the basis of the factual determination of these properties. Here, however, some people are also excluded, such as embryos, infants or those with dementia – in relation to their respective stages and the respective moral right to be established.

Singer’s mouse would also drop out here: rationality, language skills, and consciousness and future-oriented plans are not demonstrable for that animal species in general or for each individual animal. This fate, however, is shared by almost all animals and for the other animals there is no conclusive evidence.

Within the context of property theories, gradations between living creatures arise at different stages, Irrespective of their affiliation with species, but only on the basis of proven properties, because they are associated with corresponding moral rights.

It is important to note that such property theories do not rule out the possibility that people at certain stages have rights comparable to human rights. You just need to understand that there is no guarantee of having certain rights available only from the fact that you are a human being. People can also lose, or not even get, moral rights, in this system.

The principle of human rights is based on the fact that, on the basis of biology, a man is a man, so that certain rights are given. The moral rights are present from the moment when a subject is to be identified as a species-member. As long as this is given, it is not possible to lose the (human) rights resulting from it. This has the advantage that the status of particularly vulnerable people (eg: infants, the seriously ill) can never be questioned.

Are humans really so special?

But why are there just human rights? The only species that has ever had equal rights established for all members of it is man. That is why today we have human rights. Even here it is questionable to what extent it is ethically necessary to transfer these rights to other species, even though, in the case of the implementation of animal rights, animals simply do not have the possibility of a choice or forming their own opinion.
Their life-reality has nothing in common with the morality developed by man for his species, but solely with the laws of nature, where the stronger wins and is ruthlessly sorted out.

Apart from this, man is the only species that conducts such discussions at all. Similar as chimps are to us, behavioural observations have never indicated that they conduct moral discussions or, as we do, act morally. When chimpanzees kill and eat their formerly dominant male, this has little to do with respect for the right to life. We see violence against fellow animals. There is hard-handed dispute within a group, but also against other groups, that have nothing to do with moral action.
It is true that people do not always act morally. That is true, but the essential difference between humans and animals is the lack of sanctioning of immoral behaviour in the animal kingdom. While among humans, for example, rape (morally quite rightly) is appropriately punished, this does not take place in the animal kingdom: a rapist there is obviously not regarded as morally bad and accordingly sanctioned. This would not be possible in a morally acting human society based on human rights.

Is this an argument against animals?

In animal rights circles, the species theory from which human rights are also derived is apt to be portrayed as something directed against other species, and therefore entailing the concept of “speciesism”. This is not true, since people whose ethical worldview is based on the fact that human beings, simply because they are human beings, have equal rights do not automatically have the genius or speciegoism that this concept of struggle ultimately alleges.

Moreover, nature conservation and species protection are not contradictory to species theories. Even anthropocentric concepts cannot proceed with natural disruptive effects or eradicate species, since a destruction of nature also entails the destruction of man. This results in a moral obligation to protect nature and species.

Species theories only make it impossible to extend human rights to other species, since they would simply be no longer human rights. This does not involve a discrimination against other species, analogous to racism or sexism, in line with the populist arguments of animal rights activists. Species theories are opposed to every form of racism or sexism.

This is a social concept in which the moral status of a living being finds its basis in the social attribution of certain claims. This is particularly based on emotional bonds. In essence: “You have moral rights for as long as we say so!”

In this theory, the extent of the moral community varies between different societies and is subject to change over time. There is therefore no form of legal certainty for any living being. In a nutshell, this theory makes the recognition of moral rights dependent on social fashion. However, this recognition can hardly be quantified seriously and can also be manipulated unethically by interest groups.

Whatever theory we follow, it needs scientifically proven facts. However, it is also important to note that there is no ethical reason for a general ban on zoos. There is no ethically consistent general anti-zoo position.

Claims to the contrary are based on a false ethical understanding which assumes that ethics is an arbitrary matter. However, because animals are believed to suffer in zoos, there is no ethically consistent position for the closure of such facilities, because of the burden of proof. Anyone who cannot provide proof that animals are suffering in a zoo or are actually being abused in real cognitive abilities has no chance of banning zoos on an ethical basis. Such evidence has not been provided either for zoos in general or for individual species in zoos. This means that ethical positions are untenable.

Modern zoos, on the other hand, are ethically consistent. The present article has provided all the equipment for proving that.