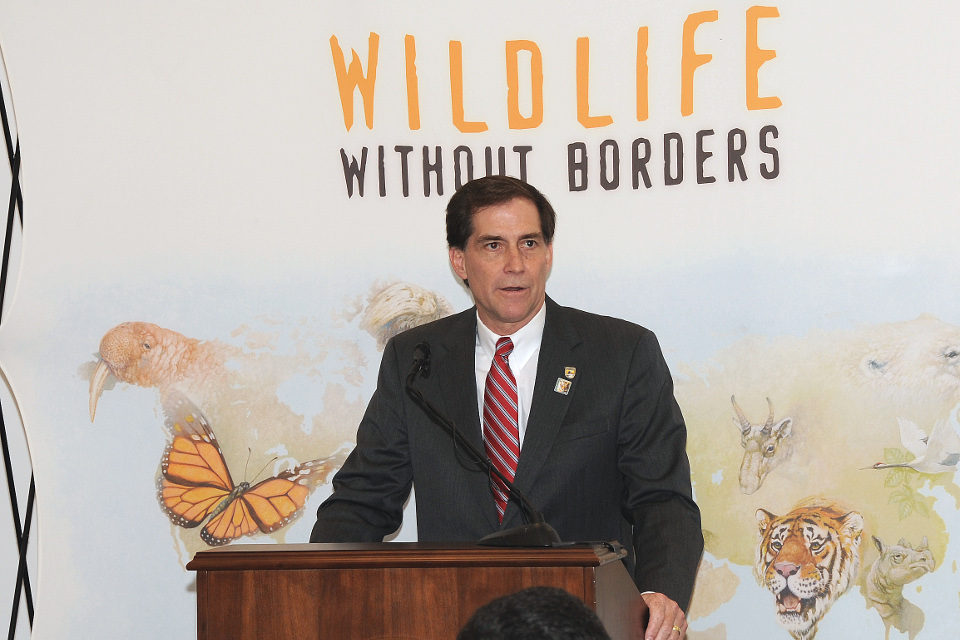 Again a conference of the AZA, again there was space for radical animal rights activists. A threatening development, which this article criticizes very clearly.

Once again, the AZA appears to have questionable links in the animal rights industry. “Why does AZA allow PETA at its conference?” HumaneWatch.Org asked legitimately. It is a question that must be asked because such cooperation is dangerous for the entire zoological community.

No more conference without scandal?

Last year, animal rights activist Pacelle was invited, which was heavily criticized, too. That did not come as a surprise, as the new AZA boss, Dan Ashe, evidently got along well with the questionable activist. On our German version, we reported a true bromance on Twitter between Ashe and Pacelle. Meanwhile, Wayne Pacelle has resigned because of accusation against him during the #MeToo campaign.

Now, a poster of PETA is circulating, which was apparently admitted to the AZA Congress and advertises the radical animal rights organization, which is responsible for the death of tens of thousands of animals. It highlights collaborations and cites zoo representatives. It gives the impression that there is a common ground between PETA and the AZA.

Even the first step is ridiculous. PETA is against any form of animal husbandry – whether the tiger in the zoo, the cow in the meadow or the dog in front of the fireplace. The fact that this radical organization is so toadying to the AZA is in itself a ridiculous act, but of course, pursues a strategy that is ridiculously easy to unmask.

“The display is little more than a deceptive PETA olive branch encouraging staff members at zoos to reach out to PETA—a Trojan Horse. There is as much common ground between PETA and zoos as there is between the NAACP and the KKK.” HumaneWatch.Org

It is a very typical tactic that activists who want to destroy a community are infiltrating them in order to split them, but Dan Ashe and other AZA officials, who tolerate or approve of such things, seem to be blind in this regard. PETA shows very clearly that they want to destroy zoos and leaves no doubt that they stand for the complete destruction of modern zoos and aquariums.

So it is deeply ridiculous that this poster, which is completely misleading, has been approved. It is one thing to listen to a party with a different opinion, but it is a completely different matter to allow a party, which aims to destroy you, to propagandize at your own conference.

Dan Ashe in the review

After the scandal last year, as explained HumaneWatch.Org, “Ashe has been busy slapping his name on political op-eds on issues that have nothing to do with zoos, such as gun control.” Why didn’t he helped zoos against animal rights activists instead? It’s not like American zoos didn’t have problems with the propaganda of the animal rights industry and there would be much time to care for other things.

“We figured Ashe was just a dunce—but this latest embarrassment indicates he is in bed with anti-zoo activists who want to undermine the institutions he is supposed to represent.” – HumaneWatch.Org

In fact, this new scandal is completely incomprehensible. However, the AZA is not without an alternative in the US: the ZAA is a good zoo organization. For example, Pittsburgh Zoo has decided not to be a member of the AZA due to questionable regulations regarding elephant husbandry by the AZA.

Does AZA still have a future?

AZA’s member zoos do mostly a good job but the question is how long that can be reconciled with membership. If the animal rights activists gain even more space and influence, the AZA sooner or later wears itself off and, as a zoo representative, you will have to take very good care that you are not torn into the depths yourself. Of course, this is not advertising for joining.

So zoos need to think very carefully about the extent to which membership makes sense. Would you like to be part of an organization that allows forces to destroy zoos? You can not blame anyone if he does not want that. More meaningful than an AZA accreditation would certainly be a “Humane Conservation” certification by American Humane – at least do not give room for propaganda by anti-zoo organizations. Nevertheless, one must critically question how SeaWorld was able to obtain a certificate from American Humane with an implemented breeding ban which means animal cruelty in the long-term.

The appeasement of the AZA plays a large part in the strengthening of animal rights activists in the USA. In times when a zoo organization for zoos would have to protect its members and actively help to counter anti-zoo propaganda, the AZA does not only passively allow these populists because they do nothing but also make ridiculous decisions which present space to anti-zoo activists. A zoo organization like this is not sustainable, because it destroys itself in the long run.

So it’s time to break the rudder if you do not want to continue sailing towards the abyss. However, doubting Dan Ashe is the right man in the right position is not only allowed but must be done. His current course negatively affects the whole zoological community. Especially the modern zoos in the US are harshly affected and that’s menacing, because their outstanding commitment is so important to conservation around the world.