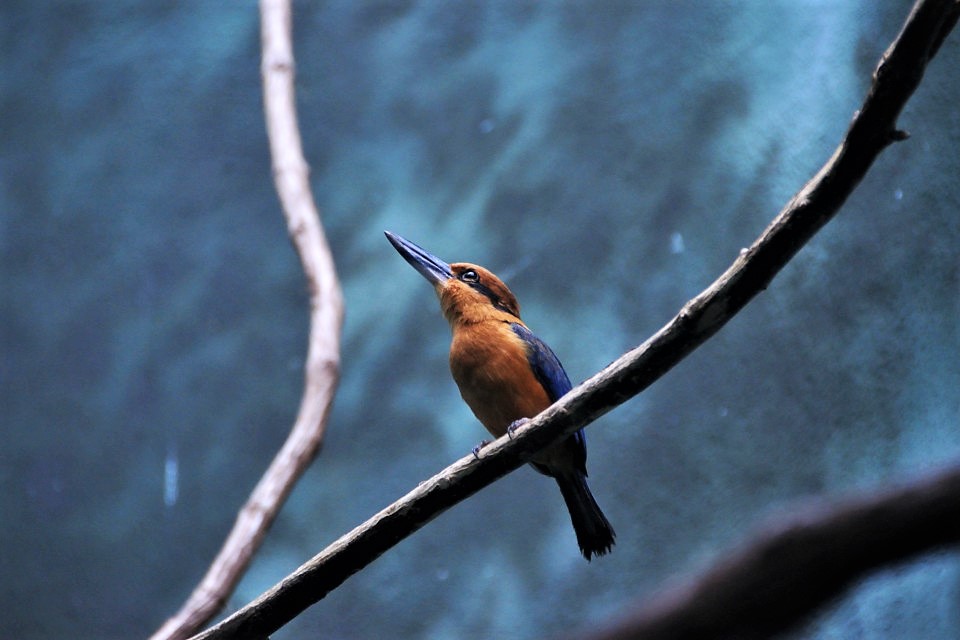 The IUCN has found clear words: the survival of many species is at stake if zoos and aquariums are not supported better during lockdown.

Covid-19 lockdown continues to threaten the survival of species

Zoos and aquariums have made huge losses due to lockdown – this is a problem for numerous species because conservation does not come at zero cost, it needs to be financed. The sums involved reach millions, which is why zoological facilities join forces to cover the costs. Yet the lockdown has hit the zoological community hard: for months it has had only costs and no income, followed by many weeks of only partial openings, which in many places produced more costs than earnings. The financial hole keeps growing and growing, and government aid comes, if at all, hesitantly and to a far too small extent.

The IUCN is now ringing the alarm:

The cost of #covid19 to zoos could mean extinction for the 77 species of plants and animals (at least) that are extinct in the wild and exist only in zoological and botanical collections.

The survival of at least 77 species is at stake. This is a very conservative estimate, as it “only” includes those species that have become extinct in nature, but still exist in zoos. It does not include many species, for whose last ambassadors in nature there would be no conservation projects, were it not for zoos and aquariums.

77 species are at stake

The 77 species mentioned are already a lot, considering that they are not protected on their own. Species cannot be protected in isolation, instead, the entire habitat must be protected. The habitat is in turn inhabited by many other animal and plant species and they benefit from the protection of the habitat just as much. So a lot depends on these 77 species. In its assessment, the IUCN refers to a letter published in the magazine “Science“.

“For example, the sihek (Todiramphus cinnamominus), a kingfisher endemic to Guam, was extirpated by 1988 as a result of predation by introduced brown tree snakes (Boiga irregularis). Only 29 individuals were rescued, and they have subsequently been managed in Association of Zoos and Aquariums institutions across the United States, in addition to a facility on Guam. However, because not all of the captured birds bred successfully, the current sihek population of fewer than 140 individuals descends from only 16 genetic founders. It also suffers sex-ratio imbalances. The population therefore remains at risk, and further declines through loss of zoological institution support would hamper recovery efforts.” – Amanda Trask and her colleagues in “Science”

This is only one example of the 77 species and it explains in detail why zoological gardens are so necessary in order to build on previous successes:

“Ideally, extinct-in-the-wild populations can increase in captivity to the point that it is safe to release them back into their natural habitat. The successful reintroduction of the ko’ko’ (Guam rail, Hypotaenidia owstoni) onto a small island near Guam has been heralded as a major conservation success. In 2019, the ko’ko’ was reclassified from extinct in the wild to critically endangered. Such successes depend on full support for the zoos, aquariums, and gardens that struggle to maintain these collections. Further population declines will jeopardize recovery and increase extinction risks. We call for urgent funding to ensure that breeding, propagation, and holding facilities have the resources to care for extinct-in-the-wild species during the COVID-19 pandemic and beyond.” – Amanda Trask and her colleagues in “Science“

Urgent letter emphasises the importance of modern zoos and aquariums

For weeks and for months now, zoos and aquariums from all around the world are fighting to receive urgently needed support, which they receive far too rarely or not at all. Even the immediate lifting of the lockdown, which is still effective in many countries, albeit in a more mild form, would not be enough. During these times of economic uncertainty, many people have admirably pulled out their already slimming wallets and made donations to zoos and aquariums. There are but few more ways for the public to show that it wishes to preserve zoological institutions. Nonetheless, there has been shockingly little political support for the consequences of the decisions made – as if this had not been thought about in the beginning.

Should this strategy be pursued further, it would mean no less than the extinction of species. Directly, it signifies a complete loss of the important genetic reserves of the 77 species, and in the long term, it will also affect those species that every child knows – like elephants, which are seriously suffering under the loss in revenue that zoos are facing, but also due to tourism standstill. Many important refuges for the world’s last elephants are financed through tourism: national parks and other protected areas. The same applies to them as to zoos: no visitors means no income, no income means no money for conservation.

This video by zoos.media explains the principle very clearly:

The IUCN has reconfirmed it: for many species, truly everything is at stake.