Spetter was the first dolphin to be born as a result of artificial insemination in Dolfinarium Harderwijk. | Photo: Dolfijn.spetter, license: CC BY-SA 3.0 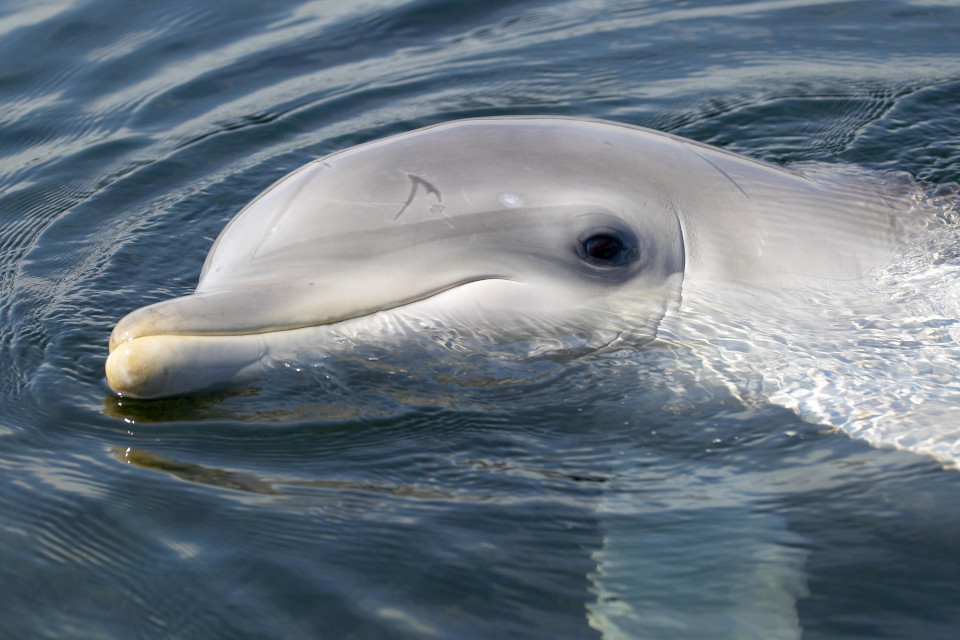 Animals from the Dolfinarium in Harderwijk (Netherlands) will soon be transported to China; activists are criticising this – what should we make of it?

A different wind is blowing at the Dolfinarium in Harderwijk since the chain Aspro owns it. In the past, the Dolfinarium was known for its rescue project for marine mammals, which saved the life of the orca Morgan, amongst other things. Following a request for help from the Dutch authorities, she was moved to the renowned Loro Parque – a certified and accredited zoo on the Canary Island Tenerife that also engages in the protection of orcas in the wild.

The collaboration, which was made possible by the exemplary rescue project, broke up soon after. The new wind at Harderwijk is now blowing more in the direction of a theme park – which is why the Dolfinarium left the Nederlandse Vereniging van Dierentuinen (NVD), the umbrella organisation of all the major zoos in the Netherlands, and the European Association of Zoos and Aquaria (EAZA).

The number of animals was already significantly reduced in 2016, and now Aspro is building a waterpark. What role will the dolphins play then? That is not yet clear. In the Aqualand Costa Adeje – located in the south of Tenerife and run by the same company – there are a few dolphin shows and interactive programmes that have very little to do with the educational mission of modern zoos and aquariums. The animals are accessories for the waterpark more than anything else.

Something similar could now occur at Harderwijk. It is a big problem considering that a formerly very reputable dolphinarium might still be perceived as such, even after it has long parted from the zoological community. Aspro lacks the money, not least because of lockdown. The company wants to raise this money by selling eight dolphins, two walruses, and two sea lions – supposedly to improve conditions for the remaining animals, which, according to the company, is very urgent since very little has been invested in the husbandry for a long time.

These animals will be sold to China. From the point of view of modern zoos dedicated to nature, species, and animal protection, this would only be acceptable could the welfare of the animals still be ensured according to the criteria of the EEP and the EAZA or EAAM. This is highly doubtful given the fact that the Dolfinarium Harderwijk withdrew from these reputable organisations and thereby escaped their control!

Animal rights activists played a distinctive role in the wake of the Dolfinarium. During the rescue project, the animal rights industry ran massive smear campaigns against the Dolfinarium. They spread lies and disinformation about the facility, which also lead to financial losses and eventually resulted in Aspro taking over.

Now Aspro is doing what it does, and animal rights activists are outraged at the export of the animals to China, although it is precisely the consequence of their smear campaign. Now, even the organisation World Animal Protection, which is known for spreading brazen lies about dolphinariums, is starting to realise that there are no control mechanisms to ensure animal welfare in China, unlike in Europe.

First, the animal rights industry ruins a dolphinarium to the point where it has to take this step, and now they complain. Whether Hainan Ocean Paradise, the animals’ destination, is a good place for them or not is uncertain. But it is the consequence of the animal rights industry’s actions. That they are now crying crocodile tears in the media is quite embarrassing, and it shows how little they think their demands through.

The animal rights industry is selling a story and no reality. It sounds just like a children’s book: the oh so kind activists set the dolphins free and bring them to the sea. That does not happen. Instead, they simply want to use the animals for their own dubious business model and use the pretext of animal welfare and protection to do it. They plan to keep them in net cages, which are sold as “freedom” but which actually have much worse housing conditions than reputable dolphinariums.

So it is actually about claims of ownership made by the animal rights industry, but which they will never obtain since their form of husbandry is far from fulfilling the high standards of the EAZA or EAAM. They will also never meet these standards because they want to stop the dolphins in their care from breeding, which amounts to animal cruelty in the long run.

In order to evade the standards in reputable dolphinariums, animal rights activists try to bias politicians, the media, and the public. This way, they can hurt dolphinariums to the point where they are forced to hand the animals over to them. However, what the activists rarely mention is that they are not the only ones with bad housing conditions, especially on an international level. Therefore, they are not the only ones to come into consideration as new owners.

Another one of the animal rights industry’s weaknesses in Europe is that the net-cages that are supposed to house the animals are essentially non-existent. That means that dolphinariums in need due to the industry’s populism cannot place the animals under its care – not even theoretically. That is why they end up in China, Russia, or elsewhere and outside of anyone’s influence. This shows one other thing: it is not possible to put a stop to dolphin husbandry.

Even if dolphinarium objectors were to score with their populism in the Western World, and even if they could motivate politicians to help them make this extra money through such decisions, Asia will continue. There is not even the slightest hint of questioning this husbandry there. Unfortunately, animal rights activists fail to cooperate with reputable European zoos, aquariums, and dolphinariums, as important partners with great expertise, to ensure that zoo husbandries develop also in other parts of the world.

A great success in Japan was managing to convince many, i.e. all dolphinariums accredited by the Japanese zoo association, to no longer demand wild-caught dolphins from Taiji. That was the hardest blow ever to be struck against these nefarious capture and killing actions. Previously, however, the film by the animal rights industry “The Cove” had tapped the Chinese market for captors because it acted as (unwanted?) publicity.

The animal rights industry does not have any concept to stop this. It is failing more and more: the louder the noise made by the industry, the more dolphinariums emerge and are filled with water and animals. Another great problem is the demand for wild-caught orcas from Russia – a flow of animals that is not going to run dry by itself. Modern zoos, aquariums, and dolphinariums are in dialogue with their Chinese colleagues for the sake of animal welfare as well as nature and species conservation.

Currently, a breeding project for orcas is being set up, thanks to the know-how from Europe and the USA, that will make the purchase of wild-caught animals from Russia superfluous since captors will not be able to compete with the prices. This is a very promising approach. Modern zoos and aquariums are creating real perspectives here. Well-coordinated breeding is the answer to hunts on wild animals; breeding bans and generalized closures are not.

Following the ideology of the animal rights industry in the Western World will only deliver a stimulus package for a largely uncontrolled and purely profit-oriented dolphinarium industry in the East. If, however, we allow modern zoos, aquariums, and dolphinariums to cooperate on an international, global level, there is a real chance that we will soon be able to give up capturing wild dolphins and also build up a strong backup population for conservation. The future does not lie in the confrontation driven by animal rights activists, but rather in the cooperation between zoological institutions – the future of cetaceans at least, but the animal rights industry is more interested in the future of its own wallet anyway.