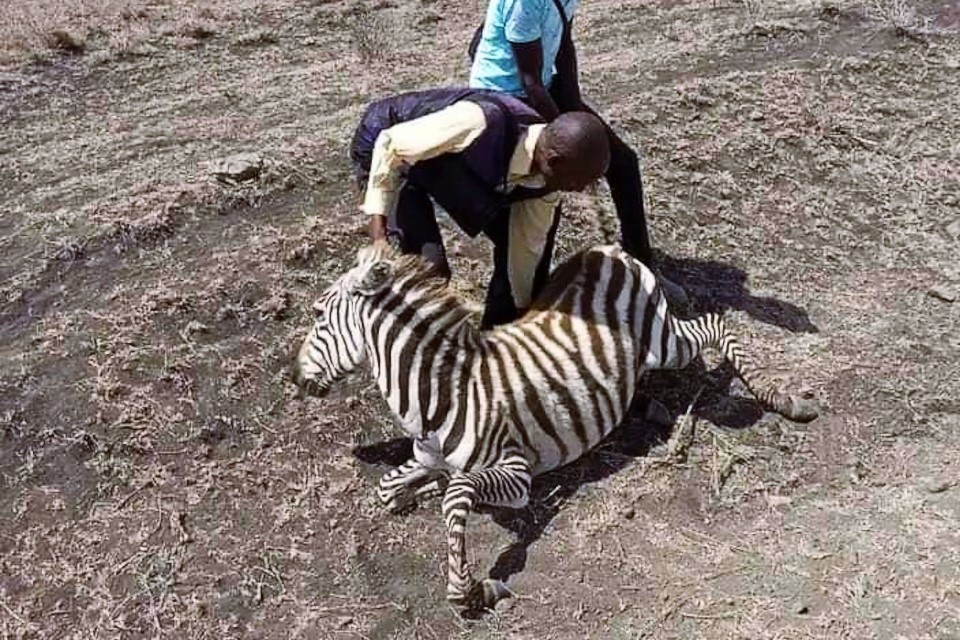 Imagine this: there is a drought, and no one is looking. That is currently the case in Kenya, where a devastating drought is raging, threatening millions of people and animals, that is receiving alarmingly little attention.

The sustenance of almost 4,300,000 people is uncertain, and for almost a million people, the situation is critical. Almost one million of these people are children, and over 100,000 are mothers who need food to provide milk for their babies. For over 50,000 children, the situation is so bad that soon they might not be able to go to school. 2,500,000 livestock are already dead. Additionally, there is also a great loss of wildlife: 250 elephants have died already.

These are not the numbers of a past catastrophe. It is expected that numbers will rise because the suffering is occurring at this very moment, and it is yet unknown when the situation will improve. A drought has hit Kenya hard, and it does not seem as though it will cease any time soon. The surprising thing about it is: you barely hear anything about it in the media. It is as though it weren’t happening.

The drought had already killed 2% of the world’s rarest zebra species by the end of September. Grévy’s zebras (Equus grevyi) are not only the largest of the three zebra species but also the most endangered. In the 1980s, there were 17,000 individuals left; today, there are but 3,000 of them left in the wild and 2,500 in Kenya. Therefore, even a few per cent of decline in their population has a huge impact. Consequently, organisations like the Grévy’s Zebra Trust (GZT) and the Big Life Foundation have started to feed the animals in national parks.

It is an attempt to minimize the consequences for endangered species as much as possible. Elephant calves born in 2020 will be hit particularly hard by the drought. Why? Elephants lactate for two years, and thus the calves from 2020 will no longer receive milk but are still not strong enough to wander the long distances the animals are forced to cover in their search for food. This affects around 400 animals. For most of them, there is little hope. There are 2,000 elephants in the national park altogether. Zoos support the efforts to protect and conserve these animals.

Of course, there are not only feeding spots for the animals but also food banks for the affected population. Ultimately, all of this also depends on donations. The tourism sector, amongst others, which in Kenya is closely connected to both the wealth of the population and the preservation of endangered species, is also involved in providing people and animals with the necessary food supplies. One example is Isaac Kool.

The Massai offers tourists unique tours through the Amboseli National Park with his company, Nosim Eco Adventures. The company has been committed to sustainable tourism since the beginning and donates 20% of its profit to the Kajiado Children’s Home in Kenya, for instance. Providing extra help to people and animals in the face of this hardship was natural to him. This is an example of how responsible tourism can truly make a substantial difference for all.

He too, hopes that more people will become aware of the hardship his people and wild animals are currently facing. In the end, it will require a worldwide collaboration to minimize the drought’s impact and then compensate the damage as much as possible. For humans, animals, and their conservation, the current situation is no less than a catastrophe. It remains to hope that they can accomplish this mammoth task. For people and animals in Kenya, it is nothing less than their future at stake.