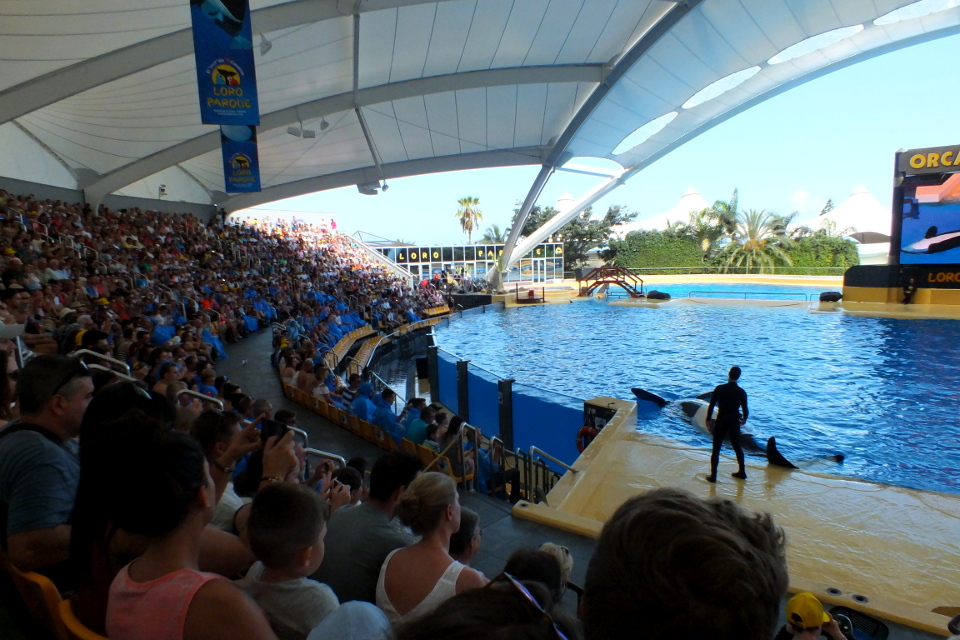 The humane certificate stands for proven wellbeing of animals cared for by independent and renowned experts and demonstrates the appropriate keeping of animals in zoos.

Once again Loro Parque is a pioneer in the welfare of the animals. Third party certificates are becoming more and more important at times when zoo opponents are becoming more vociferous. Is zoo conservation humane? Yes, says the American Humane Association, when it is carried out to the state-of-the-art.

At humaneconservation.org you can find comprehensive information about the programme. Humane Conservation™ is a programme of American Humane. That body is the world’s largest certifier for the humane treatment of animals, and whenever you see the certificate you can be sure that the highest standards of animal care are met.

There was a great response in the press. American Humane reaffirms that whales, including dolphins such as bottlenose dolphins and killer whales, can be kept to modern standards. It is not only the first zoo with orcas in its care which has been granted the award, but also a facility which, through its five principles, clearly stands for the breeding of all animals in its care.

American Humane has 140 years of experience in the welfare of animals. It was the first organisation of its kind in the US. The animals of Loro Parque were closely scrutinised: do the animals feel well? Is the way of keeping them modern? Are the animals healthy? Is the social behaviour of the animals in order? Are the interactions between humans and animals positive? Is safety ensured? Are there enough enrichments? Is the light okay? Is the noise good for the animals? Is the air quality okay? Is the thermoregulation right? Is there a plan and procedure to handle emergencies and prevent them? All this was evaluated to determine whether Loro Parque should receive this certificate or not. The excellent keeping of the animals is once again confirmed for this modern zoo in Tenerife.

Step into the future

For modern zoos and aquariums around the world, it is important to be certified by credible third-party institutions, which Loro Parque and other modern zoos have already frequently achieved. However, the American Humane certification programme has a special significance because the organisation has a high reputation, but above all also a huge amount of expertise. In addition, verification by independent experts guarantees the high quality of this certification.

Robin Ganzert herself, like the organisation that she chairs, critical of zoos – by no means every zoo meets her requirements, but only the best in the world. Such independent checks by well-known experts in the field of animal welfare are important to ensure the high quality of the care. Currently, the Humane certificate, although still quite young, is one of the highest awards that modern zoological facilities can receive. There is currently no third-party certification of zoos with greater credibility, professionalism and independence. It is very much welcome that this certificate exists. In addition, it also means that the relevant zoos will not have problems with any other reputable certification process which has the welfare of the animals in mind.

Such certification is an important step towards the future, as it will be possible in the future to clearly demonstrate this kind of care, which is provided on the basis of animal welfare. One can only recommend any modern zoo to try for it