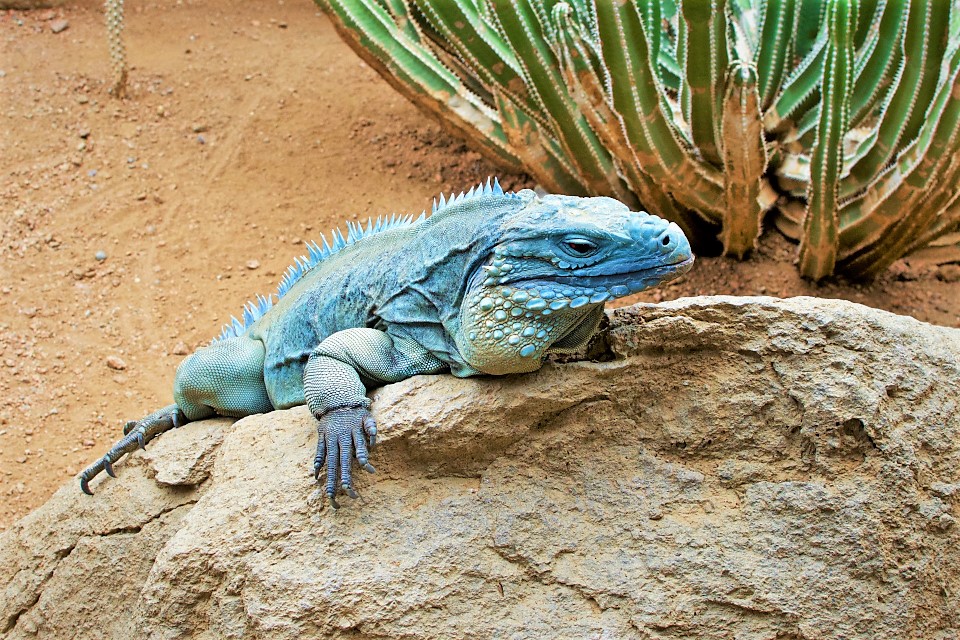 Many reptile species are endangered, but the group is not very popular. Still, thanks to modern zoos and aquariums, they are not neglected.

Note: The blue iguana does not appear in the cover picture without reason. With a population of less than 25 animals in the wild, the iguana was one of the rarest animals on earth before the conservation breeding programme began. Therefore, in 1990, the American Zoo Association (AZA) made the species its top priority for conservation projects, and one of the projects was a conservation breeding project. In the beginning, 25 American zoos and aquariums participated in the project – among them Indianapolis Zoo, which was quickly successful. In 2006, the first animals were released into the wild. The species now has a chance again, thanks to zoos.