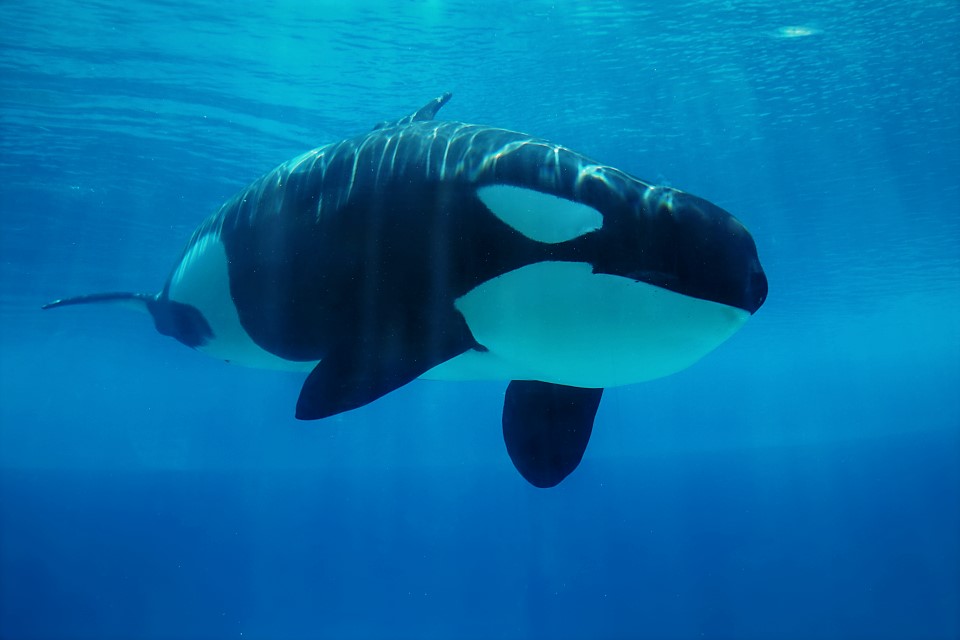 With a sensational video of the orca Kiska, animal rights activists are complaining about a situation that ultimately they themselves have caused.

You can twist and turn the biology of dolphins – and orcas are the largest dolphins -, but sex is an important part of their lives, whether it involves social interaction or not. Males like to penetrate fish or rub their penis against something to make it feel like penetration or same-sex sex. Females, on the other hand, rub themselves against other animals or things to stimulate their clitoris. This worthwhile article with anatomical drawings explains it very well. In the video, Kiska is stimulating this very spot by sliding back and forth on the edge of a step in the pool. In the process, her head comes close to the pane. As soon as she is done, she swims away.

Kiska is not allowed to have company

The orca Kiska lives alone – by force. This is not the keeper’s fault, it is because breeding orcas is prohibited in Canada. The only contraceptive method that truly works is to separate males and females, and if breeding is banned, you have to do it. Orcas do not form bachelorette groups, and, therefore, the only way to keep them is alone because we know that there are solitary killer whales in nature. There is no other legal way to keep them. Ironically, these regulations stem from the animal rights industry, which now wants to create a big scandal around Kiska masturbating, and the industry can rely on the yellow press do to so, who neither poses critical questions nor thinks twice before lying to its readers.

All the outrage over this behaviour is full of duplicity and hypocrisy, and of course, it has an ulterior motive: the animal rights industry wants to get hold of the animal to bring it into its own care. They frame this as a “liberation” or “release”, although it would mean no significant change for Kiska. In the net cages, which the animal rights industry has planned for her, Kiska would also have to rub herself against things or other animals in order to be sexually satisfied, because there too, breeding is not allowed or even wanted. The only way to guarantee contraception 100% is by separating males and females. At the same time, importing orcas into Canada is not allowed, which means that she would not have any company there either.

Ultimately, the animal rights industry is criticising something that they themselves have caused through lies, populism and reckless disinformation campaigns: an orca whose only sexual fulfilment is masturbation. These are the consequences that we will also start to see further to the south of the US: at SeaWorld too, we will eventually see these last animals, who have to rub themselves against or penetrate things to experience any sexual gratification at all, for there aren’t any other orcas left who could give it to them. This no longer has anything to do with animal welfare, but such are the consequences of the anti-orca-policy of in this regard populist North America.

Orca breeding is of paramount importance: on the one hand, for research and the thereby possible conservation of populations, but also for the animal’s well-being:

Sexual well-being or sexual balance is often overlooked when it comes to animal welfare because the topic is so widely frowned upon. Yet dolphins will have sex – no matter what. The animals’ sexual drive is just too strong. As a keeper, you can decide how to organise this, but presuming to be able to stop it from happening or that animals do not do this often is characteristic of an incompetent animal rights industry, for whom no lie is too abstruse to somehow get hold of the animals. For the orcas, other dolphins, and whales it would be better if they could just keep reproducing – only this ensures long-term animal welfare.