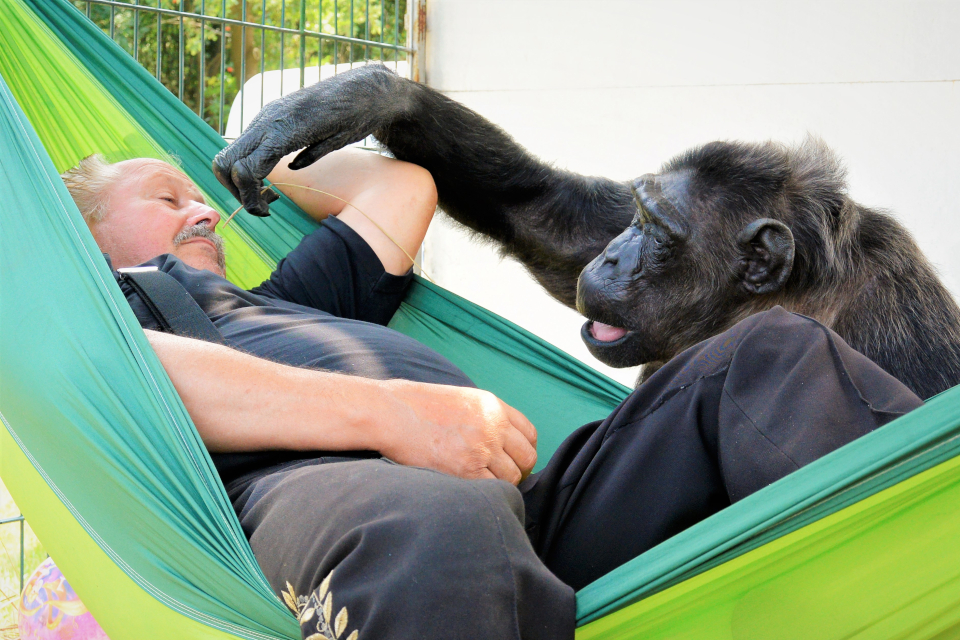 At an old age, the exceptional chimpanzee Robby closed his eyes for the last time. The article discusses Robby’s death as well as the reactions to it.

Note: The German newspaper taz has again stolen the show with a major flop by letting Robby’s pseudo biographer write an incorrect and tasteless article. To what extend you can call someone a biographer, who so rarely experienced the creature to be biographed, is a mystery and will likely remain a secret of the taz. The paper has often been conspicuous for its dubious reporting on the case.

For years, the newspaper has been spreading lies about the chimpanzee and granting pseudo experts a forum on the issue whilst shunning the real experts. It will be interesting to see whether the taz continues to deceive its readers by presenting someone as a biographer who simply did not know the animal or whether it will just drop the topic. Granting fake news a forum of such extent certainly does not help the paper’s reputation.