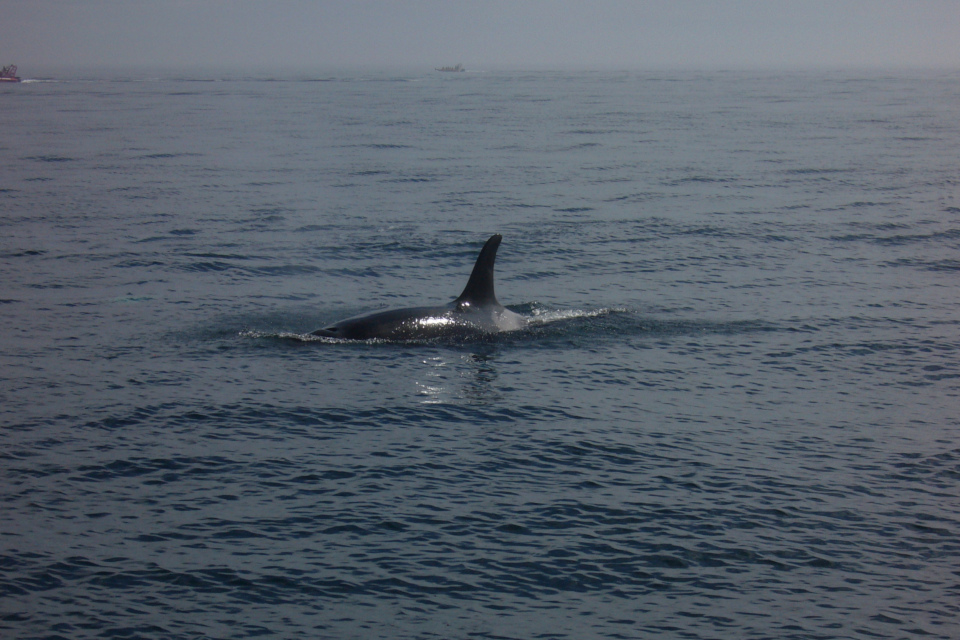 After Bob, the next baby orca called Toa, died in the care of anti-zoo activists – this article discusses the outcomes and mistakes of the project as well as strategies to do better in the future.

The baby orca found close to death in New Zealand not only had bad luck to find himself in this unfortunate situation but also had the bad luck of ending up in the hands of the activists who proved with Bob that they are not able to professionally care for stranded orcas, which require human care. The luck seemed to return when Wellington Zoo, Loro Parque, and SeaWorld offered their support to the inexperienced team of laypeople that had already started petting the orca – these activists had treated Toa as if this animal were a dog that they had taken from a shelter rather than as an orca from the wild that should return to the ocean, if possible. Here’s a great Instagram carousel summarizing what happened. Unfortunately, Toa died right after it was decided by the team on-site to put him back in a bay cage.

Was it already too late?

The description of the situation before provided by The Guardian was devastating:

“When Toa, the orphaned baby orca, sees food coming he sticks his large pink tongue out of his wide gummy mouth in happy anticipation. He gurgles and belches as he hungrily tugs at the specially designed latex teat. Four volunteers in wetsuits and beanies cradle him and coo that he is “a good boy” as he feeds. When he is done, he rolls over, revealing his cream white skin, and nudges a volunteer for a belly rub. If they dare stop, he nudges them again. When he is excited he zooms about his holding pool, playing with the volunteers, and when a large tentacle-like piece of kelp is heaved into the water, he snuggles under it, as though it were a blanket, or the protective weight of his missing mother.” –  Eva Corlett (Guardian) in Wellington

This was so far away from how it should be. Toa already behaved like an orca who grew accustomed to human care, as long as this description was correct. Professional and trustworthy rescue centers put a great emphasis on preventing this. The rescued whales shall not grow accustomed to human care because if they do this once, it’s not reversible – at least based on the knowledge experienced rescuers have gained until now. Even if these animals, which bonded with humans, were to be reintroduced in nature, they would always be searching for the attention of humans because they learn that it is something positive – just like it was observed with Keiko.

That is why an animal in such a state needs professionals and not a bunch of activists that showed that they had nearly no understanding of the care for killer whales and, nonetheless, they constantly throw stupid accusations at professionals who actually have this knowledge: zoos and aquariums that care for these animals successfully. If true experts would have taken care of Toa, things might have been looking very different than now.

Luckily, zoos and aquariums raised their voices of concern. Since then, the activists have been wearing masks and gloves, which they did not do in the first place. In addition, not so many people were in the water and the frequency of photos from people petting the orca has declined. This was good for the animal but it might have been too late and the activists might have been caused too much damage before they heard this experts’ advice that they had ignored in the orca Bob’s case.

Activists around Dr. Ingrid Visser, who supports the animal rights industry against modern zoological caretakers while she, herself, is petting wild orcas, which violates scientific standards, and who is part of a net cage project for orcas, that coincidentally wants to get some orcas in their custody, pushed to find the pod of Toa. The animal rights industry, that Visser supports, follows a really simple principle: better dead than fed. These activists think that it is better if animals die than continue to live in human care. So, it’s not a secret that Visser and her followers have been fighting against the alternative of Toa coming in long-term human care by professionals and not by activists.

While anti-zoo activists try to be comfortable with animals being in their own custody in net cages – otherwise they would not plan such a facility being substandard of professional husbandries – they strongly oppose professionals caring for whales in human care. Every day that the animal spent under this intensive care was a problem. A young orca needs company.

In addition, history seemed to repeat itself: Ingrid Visser claimed to have identified the Pod of Morgan, the juvenile orca who had been rescued in the Wadden Sea in the Netherlands in 2010 by experts and is living now in the care of the experts of Loro Parque in Tenerife. But in reality, Ingrid Visser and other anti-zoo activists always failed to locate Morgan’s pod. Only single-member sightings were reported and she was unable to locate the group, she claimed it would be Morgan’s family. If it was on Ingrid Visser, Morgan probably would still be alone waiting for her to find the pod she originated from. Now, this self-proclaimed “orca expert” searched for a pod in a region she claims to be an expert on and she fails again. Again, she needed too long but unfortunately, Toa wasn’t under the control of professionals but luckily Morgan was.

It’s the second orca calf in need that came under Ingrid Vissers control in a short period of time – both orcas died quickly. It’s not a surprise, when a bunch of laypeople control rescue operations by petting wild orcas, putting them in swimming pools, and do other more than questionable as well as unprofessional things. So, there should exist a rescue facility with professionals from the zoological society with decades of experience.

Zoos and aquariums can help and do help all over the planet. They are able to not only rescue the animals in the first place but can also provide long-term care for these animals, when necessary. Indeed, it is ridiculous for a country like New Zealand to rely on a group of laypeople that are not even able to finance these rescue missions. Toa’s “rescue” costed $10,000 for the taxpayers. For this amount of money, the animals in need deserve a better quality of care.

There should exist a permanent rescue facility following the model of modern zoos and aquariums: so, they can have proper installations for the animals, proper care given by professionals, with a lot of experience, who do science, etc. It cannot go on the way it has been so far: a person inexperienced in caring for cetaceans as Ingrid Visser finds an orca, captures it, “cares” for it, and calls for support. It needs to be done by real experienced professionals, constant structures, and better quality of action. Otherwise, people like Visser will kill baby orca after baby orca. In addition, a zoo or aquarium that serves as a rescue center could have a social group ready for orcas that cannot be released again as well as participate in an international breeding program.

Every wild orca in need is a great opportunity: you can learn a lot by rehabilitating these animals and release them in the wild, in the case this is possible. If a release is not possible, a rescued orca can become a part of the population in human care. That’s important on many levels because the animal can participate in scientific and educational projects. In addition, they can participate in a breeding program to reduce wild captures – which still exist – for marine mammal parks in Asia.

North of Australia, China demands wild captures for its numerous marine parks. They won’t stop and can’t be stopped by law. Even if no one would capture orcas for them anymore, they have enough orcas in their own territory to catch. Japan also used to use wild captures of whales to fill their tanks – pretty much everyone knows what is going on in Taiji. Activists tried to stop them and failed, zoos and aquariums didn’t fail.

They offered their knowledge in breeding dolphins and cooperate with them as long as they stop catching wild dolphins and the accredited zoos and aquariums in Japan accepted this offer and don’t demand wild captures from Taiji anymore. But, unfortunately, some Chinese zoos and aquariums still do. Breeding programs are the only answer to this problem. Breeding is saving different species of animal classes all over the world – why shouldn’t this be done for cetaceans? There’s no point to exclude whales from that!

An international breeding program of orcas would be able to stop wild captures within a few years. Toa could have been a part of that and could have helped zoos and aquariums to take pressure off killer whale populations that are used to feed the demand for cetaceans from China and other countries as well. He would have to breed anyway to meet the basic standard of animal welfare for orcas. Another opportunity was missed “thanks to” the improper care of activists. Hopefully, New Zealand will prevent such losses in stop trusting radical activists and laypeople. Hopefully, Toa’s death will be a wake-up call to prefer real experts to activists in the future.

Like Bob before, Toa will not get a necropsy. It’s an interesting coincidence that always these calves were chosen to not be scientifically investigated. Ingrid Visser, the “fans” of her, and her rescue team claim that necropsies do not respect Maori traditions. But that’s not the case, because Bob and Toa would not have been the first orca calves to be necropsied in New Zealand.

The project dolphinaria.truth published a great piece about that:

This shows that it has been possible in the past and it will be possible to respect Maori traditions and to do a necropsy. There are Maori scientists and this culture is far away from being a retarded and primitive culture. They care for the sea and its inhabitants and are concerned as everyone else with these orcas in need. That’s why necropsies were allowed before. Coincidentally, every time Visser and her team of laypeople “cared” for an orca, it gets buried pretty soon with no chance of independent scientific examination.