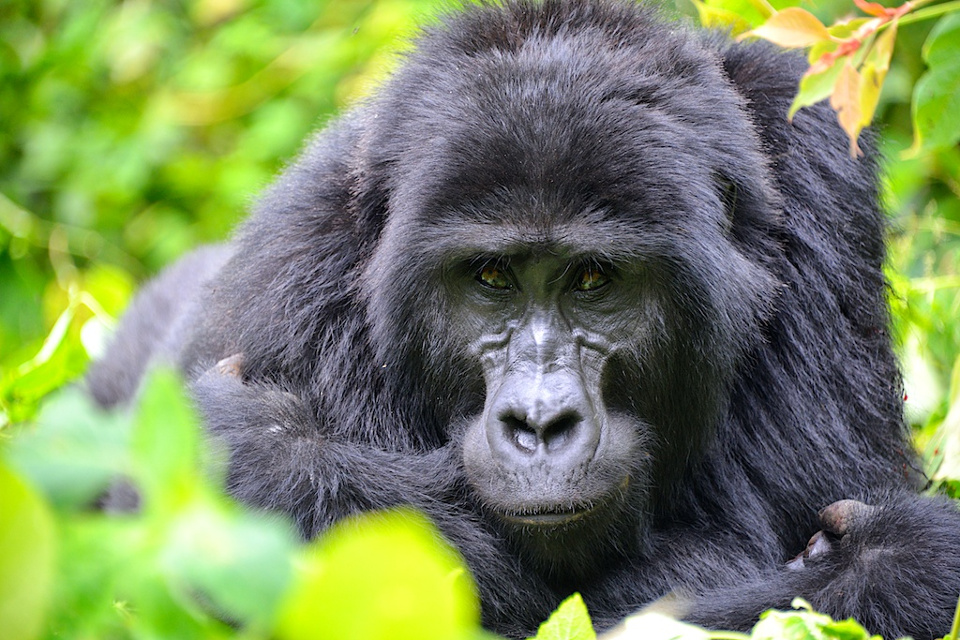 Short answer: No. The longer answer will be provided in the article and explained using illustrative examples that also show the importance of zoological institutions.

Is it not better to only protect animals in their natural habitat?

Many laypersons will ask this question – also because both the animal rights industry and pseudo-experts keep claiming it. A good example is a statement by Markus Wild, a professor of theoretical philosophy who once ventured into the field of practical philosophy and failed miserably. He claimed that instead of financing pretty enclosures for zoo gorillas, they would provide direct support for mountain gorillas in Uganda – and the people protecting them from poachers. Had he just informed himself, he would know that there are no “zoo gorillas”. Zoos mostly keep western lowland gorillas, which incidentally share the threat status of mountain gorillas – making massive efforts to protect them necessary both in situ and ex situ. Also, preventing poaching is not the solution to all problems because their habitat is massively threatened even without poaching.

Without wanting to dwell too much on the statements made by one questionable expert, it does make sense to look at mountain gorillas to answer the initial question. The species is an excellent example to debunk his wrong proposals as well as those made by many others. Mountain gorillas are practically extinct in nature – there are no real wild mountain gorillas left because they have been forced back into two reserves: one in the Virunga Mountains and the other in the Bwindi Forest.

Both national parks are threatened massively. Rainforest-rescue.org is currently fighting a tea plantation in the buffer zone of the Bwindi Impenetrable National Park. As anyone who followed the news on the topic will know, oil drilling is currently an existential threat to the Virunga National Park. As always in life, problems are much more complex than seemingly simple theoretical solutions make them appear. This raises the question, how long we will manage to protect mountain gorillas without taking them into human care. Several of the animals are already living under human care, however, a coordinated breeding programme would surely make sense for the future – also to further research the species. If national parks are cut back further, the concentration of animals in the shrinking area will soon be very high and capturing them will be a better option than killing the animals.

Even today, mountain gorillas are being preserved ex situ. How does this work without a breeding population? Those who are familiar with mountain gorillas will surely know the Gorillas Doctors. They are specialised in medical care for eastern gorillas, i.e. mountain gorillas and eastern lowland gorillas. These everyday heroes sustain training in zoos such as the Houston Zoo:

Without veterinary medicine in zoos, and the experience gained through them, the entire project that helps endangered species would be impossible. Therefore, “pretty enclosures” for “zoo gorillas”, as Wild puts it, are helpful to mountain gorillas. Columbus Zoo and Aquarium is another zoo that supports the Gorilla Doctors and is heavily committed to the conservation of mountain gorillas. In 2001, the zoo fought successfully against diseases that could be transmitted from humans to gorillas. Since 2014, the zoo financed the care for 12 confiscated gorillas as well as investigations to find out whether or not they could be reintroduced in nature – this was later moved from Rwanda to Congo. All this was and is possible, putting it in the Professor’s words, thanks to “pretty enclosures for zoo gorillas”. Without them, we would lack the knowledge and the money needed to finance such a project.

The example of mountain gorillas shows that it does not work without a combination of ex situ conservation measures, i.e. outside the natural habitat, with in situ conservation measures, i.e. within the natural habitat. Many research questions can only be answered in human care, and not only through nature. The knowledge obtained this way is the basis for serious animal, nature, and species conservation work. The Amazon river dolphins (Iniidae) are a good example of this. In the following video, a renowned researcher speaks about the importance of combination to even have a chance of carrying out proper conservation work:

Comprehensive conservation means helping animals both in situ and ex situ. Sometimes this may work indirectly but other times you need specimens under human care to save a species from extinction. Entirely without a combination, successful conservation is not possible. That is why saving a species in its habitat is not enough if no further action is taken. For many species, life is only possible within protected areas, refuges for nature, where they can recover. Research to achieve this is carried out substantially in modern zoos and aquariums.

Modern zoological institutions have proven many times that this approach works and have saved entire species thanks to it. A specific example is Lear’s macaw, which was saved by the same principle – a combination of in situ and ex situ measures:

A classic example is also the California condor:

And the scimitar-horned oryx is a good example amongst the mammals:

All this would not have been possible without investing in “pretty enclosures”. The previously mentioned species are also by far not the only ones to have profited and still profit from this approach. Saving species is not a sprint, it is a marathon. Anyone who thinks that allocating a few million to fighting poaching instead of modern facilities for animals in conservation centres, which zoos and aquariums are, knows shockingly little about conservation and should not act as an expert. Species in need of protection rarely suffer from just one easy to solve problem.

Poaching has long since become but one huge problem for animals among many huge problems. Habitat loss, for instance, is a massive problem across the globe that leads to a ripple effect of problems. With “you just need to do that”, you will not save species. Instead, you need to engage with the animals, study them, research them, gain experience and involve the local population. Reducing things down to something simple sounds nice, but it is not really beneficial to conservation.

Trivialising conservation, i.e. bragging and proclaiming simple solutions, does not only take the public for fools, but it also makes it very easy for dubious players to creep in and, you could almost say, steal money with populism from the serious players. In the future, it would be wonderful if professors did not adopt this bad habit, which, incidentally, real experts do not do.