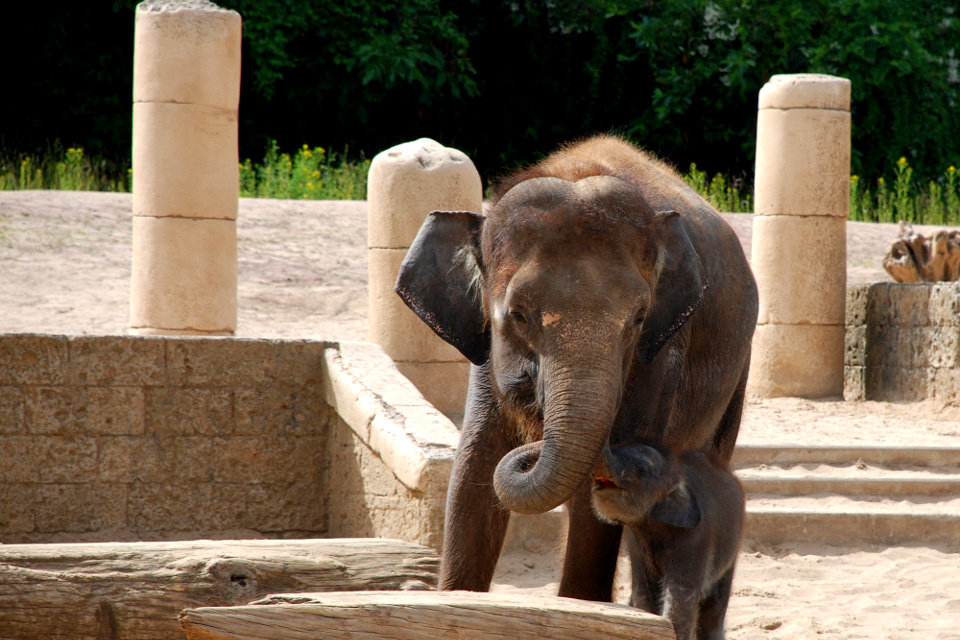 PETA is using a video to attack Hanover Experience Zoo. The author explains that this is disinformation. He describes the background and the facts.

There is now supposed to be a research video showing how elephant keepers “beat” the animals in Hanover. “Report Mainz” confronted the zoo director, Klaus Brunsing, as well as the manager, Andreas Casdorff, with the recordings from the enclosures. According to them there was no visible beating of the animals, they were only being guided by the hook.

The fact that such videos come into circulation is nothing new as the case of the ‘Bailey’ film showed. Before any condemnation of the zoo, therefore, it is necessary to conduct an independent analysis of the uncut and unprocessed video material.

Hanover Zoo has already made its position clear

Through Facebook the zoo has issued the following statement:

Modern zoos work on the principle of positive reinforcement and do not sanction unwanted behaviour – it is simply ignored. If anything is in breach of this in Hanover, however, it should be condemned and has nothing to do with modern elephant keeping.

PETA takes the media and recipients as idiots

There are always misunderstandings about the elephant hook. It is, however, only a guide for the elephant, which is used for it to learn behaviour.

The hook is blunt and is used for the gentle guidance of the animals. The hooks in modern elephant keeping are neither viable nor suitable as a puncture weapon. If you think that you can train elephants with beating and stabbing, you have not understood anything about the modern training of these animals.

The principle of positive reinforcement excludes negative markers. It is based on trust and affection between humans and animals. If you think you can force elephants weighing several tonnes to do something and build a training programme on it, you have absolutely no competence on the matter.

Clearly one can force animals to do something – which is true of both very small and very large animals. But this has nothing to do with training. It is simply the effect of force.
Modern elephant training, however, is based on a positive interaction between humans and animals – without force. For an elephant, it is very easy to fight with people – a trainer who tries to train an animal by force will sooner or later get the short straw. That is why modern zoos work according to the principle of positive reinforcement or enhancement. It does not matter whether you keep the animals in direct or protected contact – the principle is always applied.

Many people think that the elephant hook is an instrument of torture and when you rush at the speed through the video, the gentle guiding looks quite like a blow or stab. It has already been pointed out a thousand times that the videos have been manipulated to look like that.
A true elephant trainer knows, however, that with strokes or stabs he is pulling the ground from under his feet and does not make that part of his training concept.
We will have to wait for the release of guaranteed unprocessed recordings to come to a final judgement.

Dressage in the zoo?

Animal training in modern zoos is first and foremost for the animals. This is the difference from other concepts that are primarily aimed at entertainment. Whereas in zoos there are certainly demonstrations or shows,, they are only an additional training component, serving the transparency of the training for the spectators, but also education about the animals, their species and their habitat.

So what you see in the zoo is the training and this is for the mental and physical health of the animals. In some species the output of happiness hormones during training has been scientifically proven. In addition medical training facilitates veterinary processes which can then be conducted without stress.

There is something of a ‘war of religion’ between advocates of direct/free and protected contact. In the end, both forms, if performed correctly, provide the elephant with completely animal-friendly care. We have reported about well-being implications already in a specialist article.

Each form has its advantages and disadvantages, and it is up to the keeper how he weighs them and thus takes a decision. Such a decision is a multifactor system and must be made specifically in individual cases. Seen globally, there is no right and no wrong in this issue: correctly carried out, both forms of care can be a benefit for the animals.

An elephant hook, or better: guide, which we also know in direct/free contact, is not an instrument of torture, no beating stick or a stabbing weapon for the modern elephant trainer. One makes the elephant aware of the movement one would like to see from him, suitably gently and without injuring him. If he does not move, it’s okay. The training is an offer, not a duty – if the elephant does not want to move, no one in modern zoos will force him.

With such publications, PETA is pursuing an anti-zoo campaign. They want to stop zookeeping. This is a goal of the organisation. This goal is not independent, but forms part of its anti-animalism agenda. PETA constantly brings up “scandals” and “kerfuffles” with which it creates attention. Attention for what? For themselves, as such actions are always combined with fundraising initiatives. The evidence does not come from PETA, but from independent testing bodies that check such methods. This means that independent opinions must be awaited before an assessment of the situation.

But how of the donations reaches the animals? About 10%. Anyone who gives PETA 10€ needs to know that only 1€ goes into what is called “charitable animal protection”. What is probably hidden behind that word can be seen in the picture on the right.
It is of a puppy, one of more than 36,000 animals who have been slaughtered in the kill kennel of PETA and the “death van”. This mass killing of animals is already extraordinary – even in the USA.

Perhaps PETA should in the future use its reach for the placement of the animals in its animal home (current adoption rate of less than 3%) and extend this facility to provide more animals with a proper home. Unfortunately, the legislation of the USA makes it very easy for animal homes to put to sleep even healthy and actually adoptable animals. There is also the counter-current of the no-kill animal homes, where animals are put down only after strict medical indication, which is then also independently tested – similar to what we are familiar with in Germany.

The animal rights organisation should really be recommended to look on its own doorstep instead of promoting such videos, because that also costs money which could otherwise go to the animal home. Anybody that fails in its own keeping of animals and thus signs a new bankruptcy declaration every year and sends these figures to the authorities should take it on themselves to give modern animal keepers a hard time – that looks pretty unbelievable. Unfortunately, there are still people who fall for this trick.