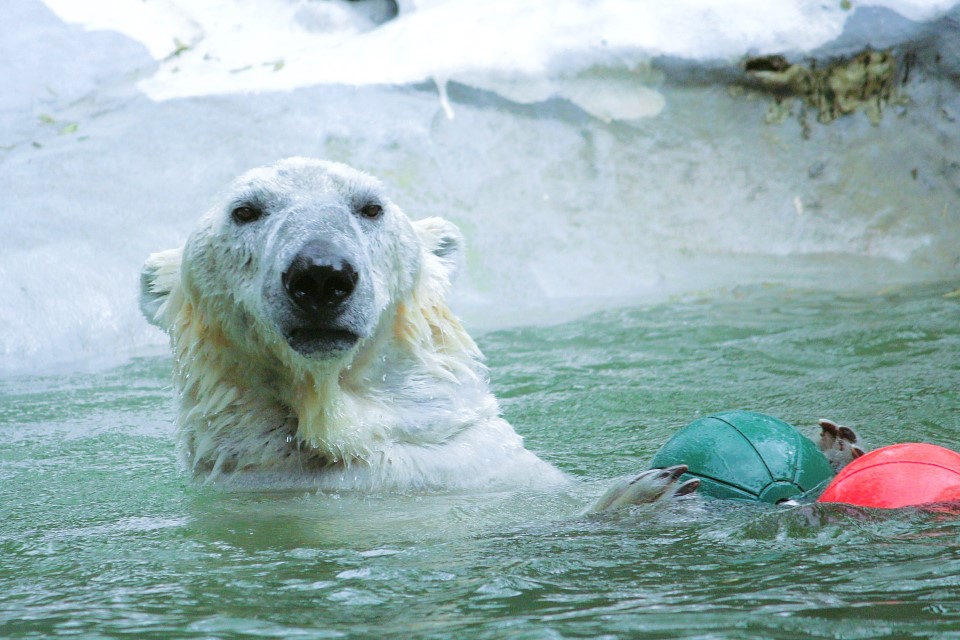 » to the tweet with a link to the study

Note: This study also shows that repetitive behaviour is not automatically linked to poor animal welfare. In this case, it was caused by routines: the repetitive behaviour was therefore based on anticipatory pleasure. The animal displayed a behaviour in anticipation of a positive event, and due to the regularity of feeding times, the behaviour was consistently rewarded. This can lead to the animal making a false association: because I am excited something good is about to happen. Animals then try to evoke the event with this behaviour, and if this even seems to work, it becomes repetitive. However, if you cease to place the event at a predictable time in the day, the animal will become aware of the false association, and ideally, it will be resolved.

In the wild, polar bears and other bears like to follow set paths or tracks, which they also mostly do in enclosures. This is no more a stereotypy than a runner’s training on the same ash track. For many years, a common behaviour misinterpretation has been and is – among the uninformed – that the animals suffer covering these distances. They do not. Anti zoo activists like to use this normal behaviour to claim poor animal welfare – however, this is incorrect.