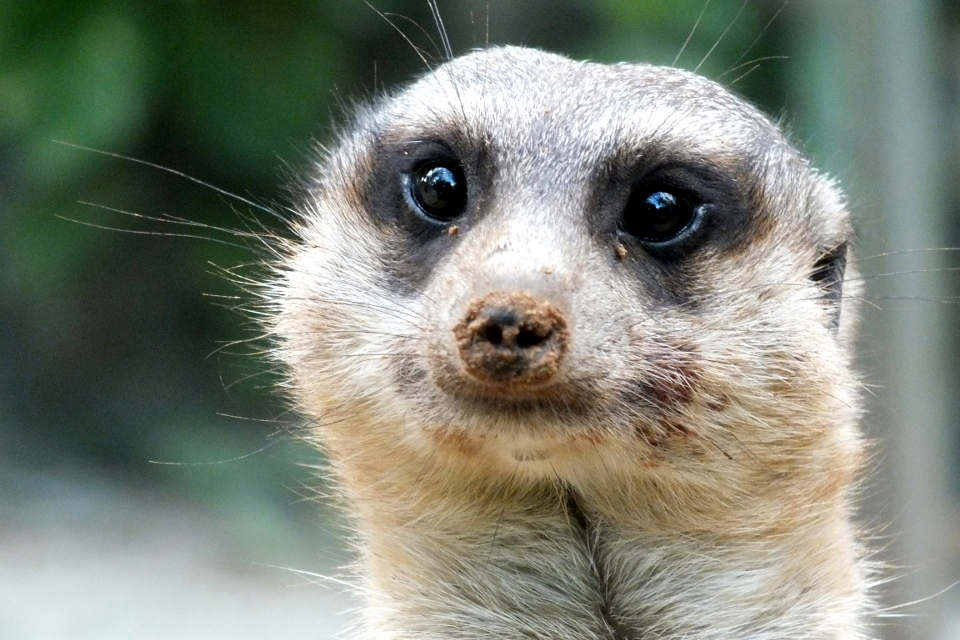 In the zoo live animals are often called to be „in captivity“. But zoo animals feel secure in their enclosures and do not know absolute freedom in nature either.

When zoo visitors ask whether animals prefer to live in freedom, they often forget that the vast majority of the animals were born in the zoo. For the animals, the enclosure is their territory, in which they feel safe and secure –at least after they had offspring in the zoo. Once the animals leave their enclosure, they often return voluntarily. During the Second World War, many animals tried to return to their enclosures after the destruction of the buildings. They were terrified outside their usual environment. None of those animals attacked a human being. In addition, many zoo animals – in many animal parks, like for example, water birds, smaller monkey species and some ungulates – can leave their enclosures without great effort; but still remain!

The Swiss zoologist Heini Hediger once summed up the formulation; zoo animals feel as landowners, not as prisoners.

Animal keepers are not seen as enemies by zoo animals – rather as suppliers. Obviously, the animals defend their territory against unknown invaders, whether they are strangers or strange animals. And, of course, their enclosures must be arranged in such a way that they can satisfy the needs of the animals and they can behave naturally.

Animals do not know freedom

Moreover, freedom is not a need of animals. The ideal concept of freedom that people like to use and describes the free choice of whereabouts, is unknown to the animals. Even in nature, they are not free. This means, that they have no idea what freedom really means. External and internal factors limit the movements of animals in the wild.

Animals move in the wild within certain established points. They have set places to sleep; fixed water points and mark their territory at certain points. Depending on the animal species, single animals, couples or even groups form their territories and defend them from their conspecifics or enemies. Territories of the same kind rarely overlap. Often young animals leaving their mother have to travel long distances to find their own territory. During this journey, they run the risk of starvation or being killed by other animals.

Territories are often used for different purposes, but also here the animals are in a familiar environment. While some areas are places for food search and permanently at the same spot, some territories are only sought for reproduction and are temporarily important to the animals. At those places, there might be severe congestion over months, like in seal colonies for example.

However they try to return to the same places every year. This shows that the freedom of the animals is also limited in the wild. They follow their innate instincts and need to respect the boundaries of the territories – if they don’t, they may pay with their life – and follow a social hierarchy that limits them in their freedom of movement.

In addition, the animals are subject to a further limitation in the wild: human actions. The construction of new roads and residential districts as well as the creation of new agricultural areas are changing their habitat so that the life of animals in nature is restricted to the (still) unpopulated areas.