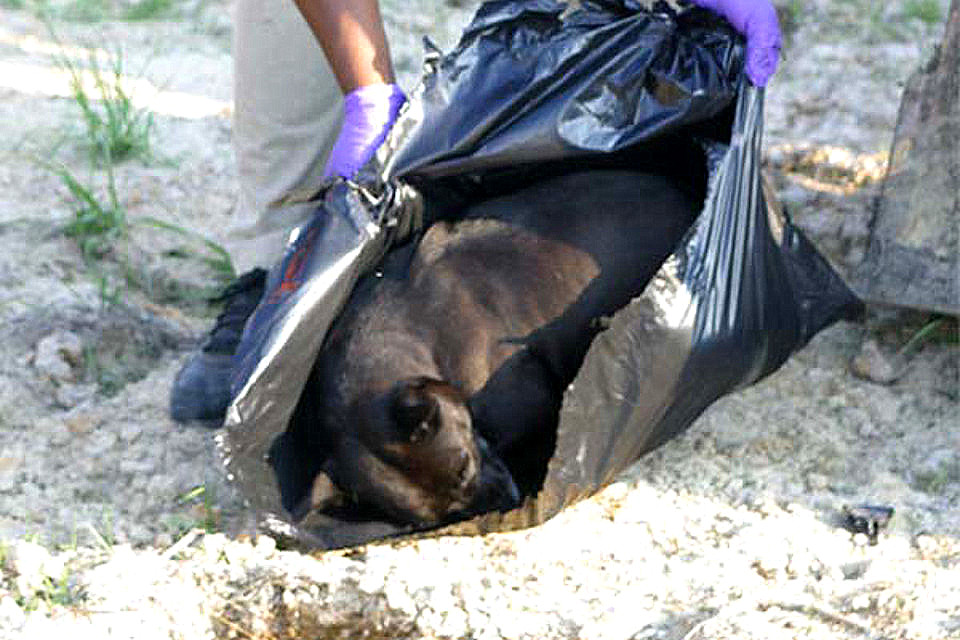 The competent authority published PETA shelter’s numbers: A death rate of 71% versus an adoption rate of 1,4%.

The horror at PETA’s shelter in Norfolk (USA) doesn’t end. Once again we have received shocking figures from the competent authority.

PETA is a so called “kill shelter”. Other than “no-kill shelters”, they not only euthanize, but kill even when its not medically necessary – due to a lack of space for instance. In Germany such a shelter would not be legal. The problem with “kill shelters” is, that animals which are healthy and would perhaps even be adopted, die. In the USA this is unfortunately legal. Kill shelters usually have a death rate of around 40%. PETA has one of more than 70%, this year. The average for them lies at about 80% in the last couple of years – that is double the death rate in “normal” kill shelters.

Killings are practically outsourced during transport, because PETA cooperates only with other kill shelters. Though there have already been inconsistencies during transport in the previous years: the expert Nathan J. Winograd pointed out that animals which had been registered as “transferred”, never appeared on the annual reports of the shelters they were supposedly brought to. Of course this improves the statistics and PETA  started “transferring” more animals, when more and more attention was drawn to the huge death toll – coincidence?

The large death toll is unusual, but far more shocking is the low adoption rate. An animal that comes to PETA’s shelter has almost no chance of getting adopted.

Who doesn’t know the pictures, on which pseudo celebrities hold a pet into the camera for PETA, wanting to do something good: they want to advocate for more animals to be adopted from animal shelters. Which is a good thing, but PETA is definitely not the right partner, the donations thrown out the window for such campaigns, evidently do not reach the animals at PETA’s shelter.

This year the adoption rate for animals lies at about 1,42% . That means that from 100 animals that come to PETA’s shelter, not even two find a new home – and that with a budget in the two-digit million area. They prefer to invest millions into smear campaigns and self-promotion, as well as disinformation of the public, instead of investing it into the adoption of their own animals. That is what PETA understands by  “ethical treatment”, because they consider themselves the “people for the ethical treatment of animals”. So those who keep animals and rather kill them, than do without an advertising poster, apparently act ethically.

PETA is the same organisation that puts people, who give everything for their animal, care for it day to day and this way engage in the true species, animal and nature conservation, as animal abusers and says that this keeping of animals is unethical. The zookeeper, who raises the ambassador of an endangered species, is an animal abuser and PETA the authority that judges him, even though they prefer putting animals down, than renouncing a further advertising campaign? Those who truly believe, that an organisation, which acts like PETA, has anything to do with conservation, are mistaken.

The same person is head of PETA USA and PETA Germany: Ingrid Newkirk. She clearly advocates the killings. If it were legal to run such a shelter in Germany, PETA would probably do it here as well. But the system is similar to the no-kill system in the USA: euthanasia only when medically appropriate or necessary. Killing just like that, is not legal in Germany. But PETA Germany defends the acts of PETA USA, on a site specially established for this purpose.

PETA Germany spreads lies about the no-kill concept and presents PETA USA as a kind of euthanasia service. But you need to know, that PETA has a completely wrong idea of what euthanasia is. Newkirk once explained that euthanasia is a gift, for a dog or cat that is unwanted or unloved. But, putting an animal that is unwanted or unloved to sleep, is not euthanasia, it is killing. An animal is put to sleep because medically indicated – to spare it suffering. Everything else, that is not medically indicated, is killing. Many animal shelters want to give this up – the killing of healthy, adoptable animals. But the so called “kill shelters” kill these animals as well.

That PETA kills healthy, adoptable animals, is shown by several cases. The case of the chihuahua Maya, snatched from her family and put down a couple hours later, is especially well known. PETA had to pay a high fine for it. The same occurred to many other animals the same day, but not many of those harmed have the means to go against PETA in court. When you have an annual budget in the two-digit million area, its easy to pay for a good lawyer. It probably wasn´t an easy time either for the family that fought for Maya, with such an overpowering opponent, but they did it for their beloved dog. The vast majority of animals picked up by PETA, according to an official review a couple years ago, are killed in the first 24 hours of being brought in – so the animals do not even get a chance at finding a new family.

“We do not advocate right to life for animals”

“The animals… got the gift of euthanasia, and to them it was the best gift they’ve ever had. How dare you pretend to help animals and turn your back on those who want an exit from an uncaring world!” – Ingrid Newkirk, PETA founder & president

This quote once more shows PETA’s ideology, or rather that of the person in charge of the organisation internationally. Through a completely unrealistic definition of euthanasia, they pretend to be animal saviours – as if they new exactly what these animals think. The big problem behind this ideology is that Newkirk makes no difference between animals and humans, she explains: “A rat is a pig is a dog is a boy. They are all animals.” If we swapped the animals in the quotes for humans, we would quickly be reminded of a very dark time in Europe.

Ingrid Newkirk clearly explains: “We do not advocate right to life for animals”. Now everyone should decide for themselves, whether or not the government should support such organisations in the future.

Killing machinery possible only through donations

It could be so easy to stop this killing machinery: simply no more donations. But PETA invests millions into campaigns that polish up their image and influence the target audience in such a way, that people easily fall for the organisation, thinking they are doing something good. Which is not the case. Everything PETA does, occurs with the described ideology in mind. The actions, although some might not be seen as negative, can´t be separated from the ideology behind them. Someone who says they do not advocate a “right to life” for animals, doesn’t advocate for animal protection – which PETA themselves say – and it is doubtful whether such a statement is compatible with commitment for animal rights.

The donations to PETA Germany go, in the first place, to pay for staff and public relations. If someone donates ten euros, they are paying 9,50€, so that the staff has something to do and an office to do it in. The other 50 cent finance legal actions and travel expenses. That´s it – at least according to their own transparency declaration.

Modern zoos and aquariums stand up, in contrast to PETA, for the lives of animals, the survival of their species and the conservation of their habitats. They actively engage in species conservation, education and research – which is working well, many species have already been saved from extinction. PETA has not saved a single species from extinction. Where are they when orca populations face extinction? They are protesting against those, who want to protect wild orcas and invest millions into corresponding projects. Where was PETA when the black-footed ferret and the California condor could only be saved through ex-situ management? Not there! But the zoos were and saved these species. Similar things can be said about the European bison or many other species, like the Ameca-Elritze.